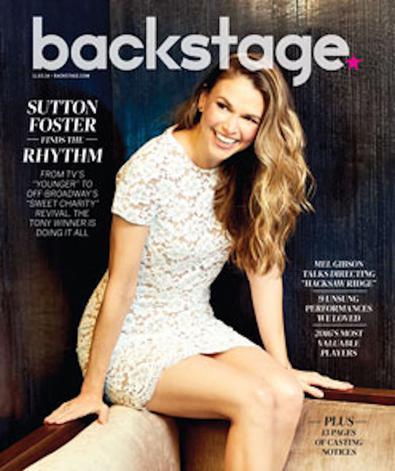 Sutton Foster and Charity Hope Valentine do not at first seem a match made in casting heaven. The “Sweet Charity” character seems too manic, too desperate for attention to be played by such an effortlessly charming, Tony-winning actor. But then again, plenty of roles don’t seem to suit Foster—until she’s on the New York stage nailing them.

“It’s interesting to play Charity now, when I’m 41,” says the actor, on break from a daylong dance rehearsal where she’s just jumped, twirled, and high-kicked on repeat while barely breaking a sweat. “She’s still holding onto this optimistic outlook and hasn’t learned. Charity keeps making the same mistakes, and she’s been this way for 40 years.... She’s the tragic clown.”

An Off-Broadway revival of Cy Coleman, Dorothy Fields, and Neil Simon’s musical ode to hapless lovers begins performances Nov. 2 at the New Group. Starring Foster and led by director Leigh Silverman and choreographer Joshua Bergasse, the production includes homages to original 1966 helmer Bob Fosse alongside a substantial—even starkly dramatic—rethinking of the show’s themes. Charity the romantic taxi dancer is a character made iconic by Gwen Verdon on the Great White Way and Shirley MacLaine on the big screen, a character that has delighted countless audiences in the last half century. But as Foster so brilliantly puts it, “This shit’s dark.” 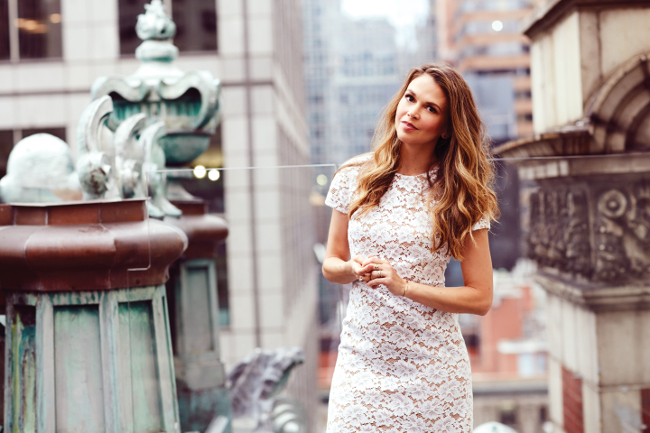 Charity, she explains, uses her sense of humor “to deflect, to hide. It’s her way of dealing. Charity goes, ‘Wakka wakka wakka’ ”—here Foster splays her hands and wiggles her arms about—“to say, ‘Let me distract with a joke or sex or something, anything, so that you don’t have to look at me. But you can see all this: Aren’t I charming and aren’t I cute and hilarious and amazing?’

“I know what that is...I can relate to that,” confesses Foster. She pauses for a moment and grins. “So! What other deep, dark secrets can I tell you?”

Her reading of Charity as a tragic figure is the latest example of Foster’s greatest asset: the ability to portray characters in ways that feel both radical and right. Few other actors can claim such a varied résumé; in addition to starring in TV Land’s “Younger,” her Broadway outings in the last decade include a cheeky stage diva (“The Drowsy Chaperone”), a yodeling fräulein (“Young Frankenstein”), an ogre princess (“Shrek The Musical”), the brazen Reno Sweeney (“Anything Goes”), and an introvert both physically and emotionally scarred (“Violet”).

READ: “Sutton Foster Turns Back the Clock on ‘Younger’ ”

“She works on such a deep, cellular level,” says Silverman, Foster’s collaborator on “Violet” and now “Sweet Charity.” “The way she abandons herself to a project—you can’t quite believe what you’re seeing, which is why you can’t take your eyes off of her. There’s so much integrity and direct honesty in her performances. It feels fresh and new every time. That’s why she’s, in a way, irresistible.

“And she could frankly coast at this point,” Silverman adds. “She has plenty of things she could be doing, and instead she’s looking at the next challenge.”

Foster also boasts the kind of backstory working actors—and especially understudies—consider legend. Born in Georgia and raised in Michigan, she and her older brother, Hunter Foster, sang in contests and danced in open calls with their mother’s encouragement. Sometime after booking the role of Sandy in the national tour of “Grease” and transferring to Broadway, Foster appeared in a workshop for a new musical, “Thoroughly Modern Millie,” that changed the course of her life forever.

“At that point in my career I was desperate to just get in rooms and work on new things,” she remembers. Jeanine Tesori, Richard Morris, and Dick Scanlan’s endearing adaptation of the classic Julie Andrews film fit the bill; although she did not book the leading role, Foster eventually dropped out of the “Les Misérables” tour to join the ensemble and understudy Millie in 2001. “They had offered me Éponine on Broadway and I turned it down to do ‘Millie.’ My agents were like, ‘What are you doing?!’ I made a lot of head-scratching decisions when I was starting out.”

Then Erin Dilly, the La Jolla Playhouse production’s Millie, got sick a week before tech rehearsals. “It was a really weird time and a lot was a blur,” says Foster. “I lost 15 pounds because I was freaking out.” It was, as she points out, the biggest roller coaster any actor could possibly face. At the end of it, though, she was headlining on Broadway and accepting her first of two Tony Awards for leading actress in a musical.

READ “What It Takes to Be a B’way Understudy”

“I just really loved the show and really believed in the people involved,” she says of her decision to join “Millie.” Foster’s sunny disposition—and youthful naiveté, she’s quick to add—guided her in the right direction. “I was [wearing] rose-colored glasses. There’s a reason I’m on a show called ‘Younger,’ because I still think...in every aspect of my life, I’m five or 10 years behind in my mind.”

Although Foster starred in ABC Family’s ballet dramedy “Bunheads” in 2012 (and will be appearing in the Nov. 25 Netflix miniseries “Gilmore Girls: A Year in the Life”), it’s Darren Star’s intergenerational comedy that has turned her into a true crossover artist. As Liza, a divorcée in her 40s masquerading as a publishing assistant in her 20s, Foster uses her considerable comic timing to steer the wackiest of storylines. 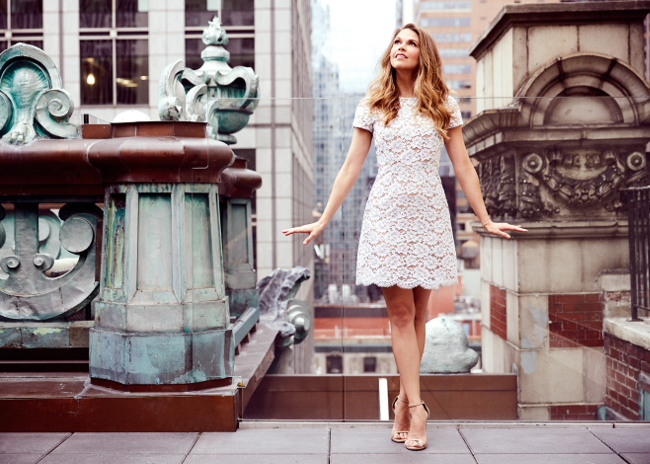 “Every character I’ve played is goofy, but it has to have some type of reality,” she says. “The absurdity can fly from that, but it has to be grounded in something real. With Liza, I was like, Why is she doing this? I needed something I could constantly go back to: Oh, she’s doing it for her daughter.” All of her characters, in fact, are given that same scrutiny. “Who is this woman and what do I have in common with her? What can I use? I don’t want it to be too far-fetched from what I know—that makes it harder.”

The puzzle of who a character is and what her behavior means ultimately unlocks every aspect of performance, adds Foster. “My No. 1 piece of advice, especially for someone who’s an actor-singer-dancer—a triple threat, they’re called!—people say, ‘What’s the most important?’ I always say acting. Without knowing why you’re singing or what you’re singing about, it’s just noise. And without knowing why you’re moving your body, it’s just flailing of arms.”

Foster’s other top advice: Ask and ye shall receive. A key moment in her meteoric journey with “Millie” was her response to learning she hadn’t booked the titular role. “My agent said, ‘You didn’t get it.’ And I said, ‘Well, do they need an understudy?’ And he checked.” Had Foster not taken her destiny into her own hands, not fought for a part she adored, where would she be now?

“I don’t know!” she exclaims. “I asked. Isn’t that crazy? I asked. I always trusted my gut and moved toward the new thing.”

And she continues to operate that way. Especially now, when she’s conquered such a smorgasbord of characters, Foster is still asking the questions that will push her craft to the next level: “What’s the left turn? What’s the scary thing? Everything I’ve done onstage in the last five years, I’ve looked at it and gone, eek!”—she grimaces in mock fear—“I’ve come close to quitting because I’m terrified.

“That’s when I know, OK, this is the thing I’m supposed to do. Because there will be growth and there will be challenges and yes, it will be hard. But in the end it will make me better and stronger, and that’s the goal.”

How is it possible for Foster to be better and stronger than she already is? Just wait—no doubt she’ll surprise us yet again.

Age Is Just A Number

How did an actor out in Troy, Michigan, know to audition for a national tour of “Grease”? “My mom saw the audition in Backstage,” says Foster with a smile. “It was my go-to when I was starting out, when I was growing up pre-internet.”

Foster was able to keep up with industry news by reading Backstage when it arrived in the mail. “That was our connection to what was going on in New York, especially with auditions and stuff.” She continued to check Backstage after getting representation—going behind her agents’ backs to audition for the open call of “Les Mis” on Broadway. “Now it’s different, because the internet has brought so much access to people. I mean, if I had grown up with the internet and YouTube, oh my God. Who knows?”

Being on three seasons of a show called “Younger” (and doing relentless press for it) means Foster has no problem admitting how long ago this was. “I’m not a spring chicken,” she says bluntly. “But I’ve still got spring in my step!”

Jack Smart
Jack Smart is the awards editor at Backstage, where he covers all things Emmy, SAG, Oscar, and Tony Awards. He also produces and hosts Backstage’s awards podcast “In the Envelope” and has interviewed some of the biggest stars of stage and screen.
END_OF_DOCUMENT_TOKEN_TO_BE_REPLACED