‘Stranger Things’ EP on What Actors Need to Understand About Producing 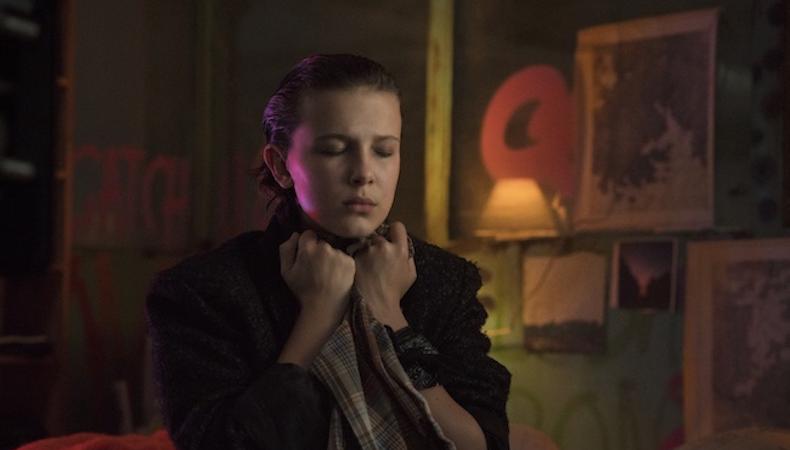 Having made a name for himself directing what he calls “family comedy” feature films like “Cheaper by the Dozen” and “Night at the Museum,” Shawn Levy was itching to break out of the genre. In true show business fashion, he made his own opportunity, founding a production company that heads up a swath of diverse projects, including the Duffer brothers’ Emmy-winning “Stranger Things” on Netflix, which he executive produces as well as frequently directs. He spoke with Backstage about the inherent learning curve in transitioning from directing to producing, what all actors must understand when it comes to casting, and the single most important component of being a producer.

How do your duties change depending on whether you’re producing or directing?
When you’re a producer, you live with an awareness of the big picture, and your job requires you to be really nimble so you can deal with any problems or challenges when they come up in a variety of areas. That might be licensing a song or asking for more money and time to shoot your episodes. When you’re a director, it is a necessarily more immersive job. A director needs to live and breathe the details of his or her episodes in a much more all-consuming way. I often say that producing is thrilling because you get to be creative on a broad range of projects and topics, but directing is maybe a deeper gratification because you live and breathe that story in a very intimate way that is unique, I think, only to directing and acting.

Similarly, how does your relationship to actors vary from directing to producing?
When I’m in producer mode, I’m kind of the problem-solver, and I need to be someone who stays calm and who my actors trust to simply handle things. When you’re the director, it’s a much more emotional and intimate relationship with your cast, because you’re crafting moments. You’re crafting emotional details that require you as a director to get into the emotional life of your actor. For instance, when I was directing last season’s episode when Hopper [David Harbour] and Eleven [Millie Bobby Brown] have that massive blowout fight in the cabin, that felt like 10 hours [of shooting] where the three of us were conjoined in an emotional experience. Producing never feels like that; producing feels like more of a cerebral job and directing feels like more of an emotional job.

The show’s young actors have become bona fide stars. What was the process for finding and casting them?
We saw well over 1,000 kids. We looked in a dozen cities throughout the world. Some were auditions, some were self-tapes, some were iPhone videos that found their way to the casting office. It was exhaustive and it was really far-reaching. There’s this myth that the most talented actor gets the part. I want to direct this at all the actors who have beaten themselves up for not getting the role: It is not about your talent only. I’m going to say that again for the actors who should read it twice: It is not only a matter of talent. It is about how authentically you match up with the creators’ image and voice of the character in their minds. We saw many talented actors for Mike and Eleven and Dustin and Caleb, but we gave the roles to the kids who we felt were most organically channeling the ethos of the characters in the Duffers’ hearts.

And how did you land on the show’s more veteran actors, who are giving career-high performances?
This show was produced by two brothers who had never done television, and a movie director who directed movies for the last 15 years, so we never really operated with respect for the conventional rules. Winona Ryder was not getting offered a lot of jobs two and a half years ago. David Harbour was getting offered jobs, but they tended to be number seven to 12 on the call sheet. We saw David’s audition, we sat for four hours having tea with Winona, and we came away from those interactions with certainty that we’d found our Hopper and our Joyce. We just knew what our characters felt like when we sat across the table from those actors and we wanted to take that shot. My point is, the greatest idea in the world for casting is often not the obvious thought.

Was there a learning curve when you were first transitioning from directing to producing?
If you’ve been a director, you know it’s never easy to be on someone else’s set. Every bone in your body is built to take over and lead the team. That is not your job as the producer. Your job is to support the team and to champion and empower the filmmaker. I definitely had to learn how to keep my mouth shut. I definitely had to learn that it’s not fun nor necessary for me to spend every day on set because, if I’ve chosen the right director, they know what they’re doing and they don’t need me to babysit. And I’ve really learned that a producer’s job is very intense in the beginning and then again at the end. It’s your job to develop the material, to choose the right director, and help that director assemble the right crew and cast. Then your job should get a little more backseat for several months. When you come back into the front seat is when you get into post-production and marketing.

Has your experience as a former actor informed your perspective on the industry?
I tell this to all my actor friends all the time, because we all beat ourselves up when we don’t get jobs. In the actor’s trade, the reasons why you don’t get a job are truly varied and have to do with many factors beyond how you look and what your level of talent is. I was that actor in my early 20s reading Backstage, and I know how frustrating it can feel to want to be on the inside of the action but feeling like you’re watching the action through a window—not to get all “Dear Evan Hansen,” but there is a reason that song is all of our anthems.

What is one thing aspiring producers should know?
People should realize that sometimes the greatest power you can have as a director or a producer is to control the material. Whether you’re an aspiring actor who wants to produce your own vehicle, or someone who actually aspires to be a producer, every day should be about the search for that next juicy idea. That might be in a magazine article, that might be in a newspaper or a book or a graphic novel, or [that might be] in song lyrics. It literally could be anywhere. “Arrival” sat there unnoticed and unoptioned for years. So to be a producer, first and foremost, make things. And how do you make things? You control the idea, you control the material. So be on the lookout for that big idea each and every day.

Ready to make your own magic? Apply to casting calls on Backstage.

Casey Mink
Casey Mink is the senior staff writer at Backstage. When she's not writing about television, film, or theater, she is definitely somewhere watching it.
END_OF_DOCUMENT_TOKEN_TO_BE_REPLACED