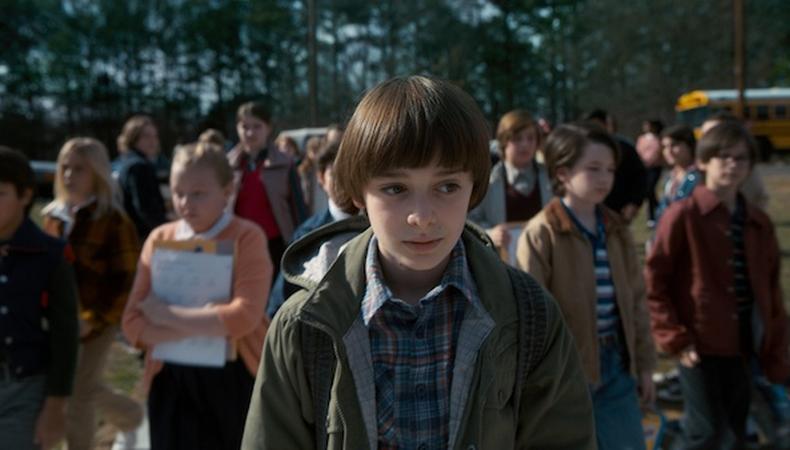 Shawn Levy may have sharpened his teeth directing studio features like “Night at the Museum” and “Cheaper By the Dozen,” but he was determined to make his work as varied as his viewing habits. With 2016 successes “Arrival” and Netflix’s “Stranger Things” under his belt, Levy proved he doesn’t just set his sights on new challenges, he accomplishes them. We spoke with Levy about discovering new talent for “Stranger Things,” new faces to come for Season 2, and how his own acting training influences his work.

Levy is always on the lookout for new talent.
“I consider it my job to stay fluent on the emerging and notable voices or visions or actors coming out of drama schools or who knows where…. If [I’m] ever [presented] an actor who I don’t know, I immediately say, ‘Educate me!’ And sometimes [that] means I’m sent the demo reel, clips of that actor’s work, and if that actor is fresh out of school or fresh to the business, I’ll sometimes take a general, which is the industry term for a meeting with an actor that has no casting agenda. It’s literally a get-to-know-you blind date of a meeting. I’ll do that every once in a while.”

Season 2 of ‘Stranger Things’ adds fresh faces.
“We did a search all over the world. Literally all over, and Linnea [Berthelsen, who plays Roman], we first saw on tape from Denmark, and we knew she was pretty inexperienced. We knew she was pretty young and definitely new to anything of this scale and visibility. But from her very first audition, she had a quality that was unique.

“I often tell the story [of] Finn Wolfhard, who plays Mike. [His] first audition was a self-tape that he recorded in his bed because he was sick. It was literally this horribly shot iPhone video that his dad took and he was sick as a dog. But he had a quality that made us sit up and take notice because it didn’t feel generic.

Auditioning kid actors is different than adults.
“I’m looking for not only talent, but that special synchronicity between the actor and the character. So, with the kids on our show, we definitely talk with them more before and after their reading than we do with most adults auditioning. With an adult actor, you’re betting so much on the reading. With a kid actor, you’re betting just as much on their innate quality in real life in the room.

“I can tell you for a fact we saw 1,000 kids [for] ‘Stranger Things,’ and many, many talented kids didn’t get the part. I always tell my actor friends, ‘You can nail an audition and you can be incredibly talented, and sometimes you still won’t get the part if it’s not in sync with the filmmakers’ vision of that character and their feeling—or lack of feeling—that that person is in the room with them.’ So much of it comes down to that stuff beyond an actor’s control. That’s important to remember so you don’t beat yourself up for the wrong reasons.”

Levy gives actors the safe space they need to be comfortable with VFX.
“Because I’ve done so much with visual effects in my movies, I have found any VFX material requires a huge leap of faith from the actors. They literally need to feel comfortable acting like idiots reacting to nothing. And so, the willingness to feel silly on set is huge. You cannot get a great performance in a VFX show or movie if the actor is not willing to feel silly in the moment. That that is sometimes easier for a kid than an adult, but I have to say [that] part of the job of directing visual effects material is to create a safe haven so that [adult actors] are willing to take that leap of faith.”

Levy adjusts his directing style to get the best out of the actors he works with.
“I think most directors will tell you that part of the interesting thing about the job is that you’re constantly changing your language and approach actor to actor. I’ve directed a lot of kids in my life, just because a lot of my movies have kids. And I think with kids, fewer words is better, and the way you give a note and the emotion and feeling that you convey when you give the note matters as much as the words you use in the note. There’s one other tidbit: We’ve definitely found, especially with young actors, if you can avoid saying ‘cut,’ it’s better. Because it’s so much easier to make an adjustment and keep rolling, because the attention span and the retention and the application of the note or the adjustment is a lot easier if you can give a note and the actor can redo it right away.”

Want to star in a TV series? Check out Backstage’s TV audition listings!

Melinda Loewenstein
Prior to joining the Backstage team, Melinda worked for Baseline StudioSystem tracking TV development. When she's not working, she enjoys cuddling with her cats while obsessively watching every television show to ever air.
END_OF_DOCUMENT_TOKEN_TO_BE_REPLACED