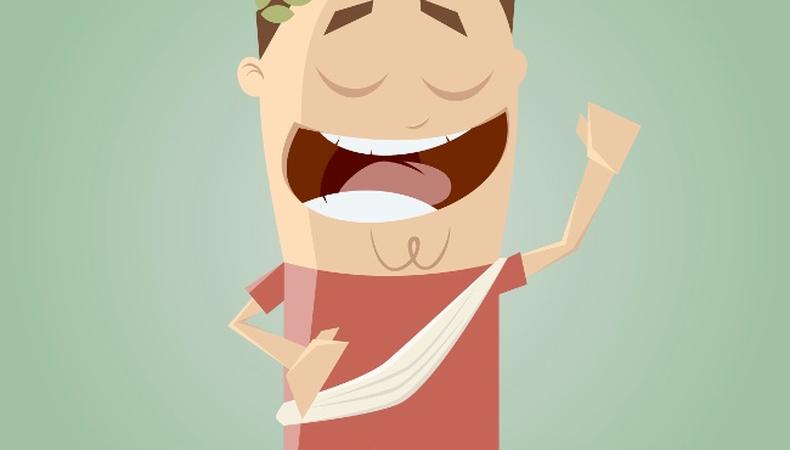 For actors, the stage is a playground. Lines of text and stage directions present opportunities for performers to challenge themselves and make choices that are both bold and clear to audiences. Nowhere is this truer than with soliloquies, those classic, fantastic speeches that since the days of William Shakespeare have given performers the chance to do what they do best: play.

“The most common definition of a stage soliloquy is a speech delivered when the speaker is alone,” says Stanley Wells, honorary president of the Shakespeare Birthplace Trust and a professor and writer who was recently knighted for services to Shakespearean scholarship. “It can be self-addressed or addressed to the audience or a mixture of both.”

READ: How Shakespeare Can Make You a Better Actor

“Hamlet,” for example, is home to seven of the most famous soliloquies in the theatrical canon, and features both introverted lines designed to be overheard by the audience (“O, that this too too solid flesh would melt / Thaw and resolve itself into a dew...”) and extroverted speeches (“Am I a coward? / Who calls me villain?”) that may directly challenge the audience in character. “The relationship between actor, character, and audience during a soliloquy varies according to the nature of the speech,” explains Wells. “Each one needs to be studied in its own terms.”

For Scott Kaiser, director of company development at the Oregon Shakespeare Festival in Ashland, Oregon, what distinguishes a soliloquy is the character’s isolation, but also a dialogue with “themselves or God or people who are dead.” While a monologue is considered a more general speech, usually lifted from a scene filled with other characters, a soliloquy enables actors to invent scene partners of their very own. In “Julius Caesar,” Marc Antony’s “Friends, Romans, countrymen, lend me your ears” is a monologue to a crowd; Brutus’ “It must be by his death” constitutes a soliloquy because it is delivered solo, either to himself or through the fourth wall.

Kaiser, who has coached every soliloquy in Shakespeare’s canon to students and professionals during his 26 years at OSF, says such speeches are among a teacher’s greatest weapons; while scene work is important, students truly learn from working on soliloquies, which “really put the onus on the actor to do their homework—because you’re up there by yourself. You’re alone onstage, but who are you talking to? You still have to direct that soliloquy to someone or something. The most common [targets] are yourself, God, the audience, and ghosts. Macbeth, he’s talking to a sword that’s not there!”

“Studying soliloquies should encourage an actor to think hard about diction, about the character who is speaking, about the relationship between the character and the audience, about impact on an audience,” says Wells. Mostly, he adds, they enable unbridled creativity and intellectual stimulation, especially when it comes to experimenting with “how to seem internal while also communicating thought to others.”

How does all this help the modern actor? The soliloquies of Shakespeare (and of Christopher Marlowe, Ben Jonson, John Fletcher, and many more) can expand imaginations in increasingly practical ways as well. “The ability to stand by yourself and see all the things you say you’re seeing—[like] the sword that isn’t there—is no different than greenscreen acting,” Kaiser points out. “It’s exactly the same skill: having an emotional reaction to what’s not there.

“The ability to play those Shakespearean soliloquies helps you enormously,” he says. “If you can, line by line, determine what you can see in your imagination, there’s no difference from sitting on the set for ‘Star Wars’ or ‘Orphan Black.’ ”

Looking for new material for your next audition? Try The Monologuer for a customized search!

Jack Smart
Jack Smart is the awards editor at Backstage, where he covers all things Emmy, SAG, Oscar, and Tony Awards. He also produces and hosts Backstage’s awards podcast “In the Envelope” and has interviewed some of the biggest stars of stage and screen.
END_OF_DOCUMENT_TOKEN_TO_BE_REPLACED