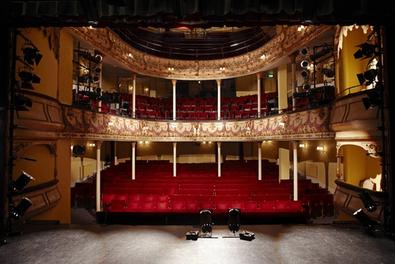 Knowing your craft requires more than technique. Summer internships offer actors a great way to make connections at theaters and immerse themselves in the behind-the-scenes aspects of producing a play.

Manhattan Theater Club
Offers paid internships focused on producing not-for-profit theater both on and Off-Broadway. Applications must be received by the second Friday in March.

Lookingglass theatre company
Internships are available to current college students or recent grads interested in professional theater administration or production—and who are prepared to work in a highly collaborative environment. Applications are due March 7; internships run June–August.

California Shakespeare Theater
Internships are available with various departments for the Professional Immersion Program at Cal Shakes. Applications are due Feb. 24; internships begin May 12 and June 16.

Briana Rodriguez
Briana is the Editor-in-Chief at Backstage. She oversees editorial operations and covers all things film and television. She's interested in stories about the creative process as experienced by women, people of color, and other marginalized communities. You can find her on Twitter @brirodriguez and on Instagram @thebrianarodriguez
END_OF_DOCUMENT_TOKEN_TO_BE_REPLACED