Supporting 2014: Why Andy Serkis Should Get an Oscar Nom 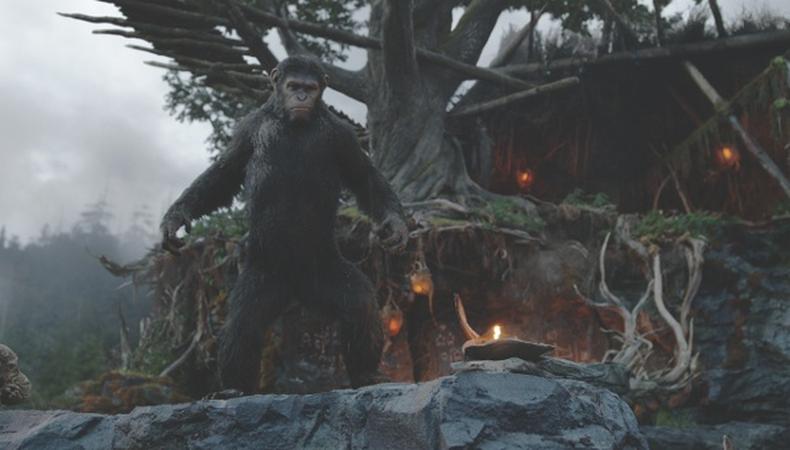 Few performances this year were as widely debated as Andy Serkis’ in “Dawn of the Planet of the Apes.” As Caesar, the talking ape from “Rise of the Planet of the Apes”-turned-tribe-leader in “Dawn,” Serkis is on the radar for a supporting actor Academy Award nomination, but the film’s use of performance capture technology is a point of contention for some who feel Caesar isn’t all Serkis.

“A lot of people think with the technology of performance capture and the acting, somehow it’s like there’s a genre of performance capture acting,” the actor says, “but my approach to acting is acting, and it doesn’t matter if you’re playing a live-action character in costume and makeup or a creature. You’re still accessing parts of yourself, of your psychology, of your emotions, and then somehow putting it in a Venn diagram and crossing it over with the character.”

For “Dawn” it seems both Serkis and the technology have advanced because there is never a moment when we doubt him as Caesar. Where some would think of performance capture technology as a hindrance, the English actor says the process is actually more freeing. “You can internalize a lot more,” he says. “You’re not fighting layers of prosthetic makeup or artifice or anything covering you. You’re able to go very deep and the stillness is there to allow the audience to project into the character as well.”

Developing the character beyond what audiences saw in the franchise’s first installment required a more sophisticated approach to the ape mentality both on the individual and the tribal level as we see Caesar take over as leader of the apes. To prepare, Serkis worked closely with fellow cast mate and movement coach Terry Notary and their co-stars at an “ape camp.”

“It was an essential part of building up the ape community and Caesar’s tribe,” Serkis says. “One of the huge challenges of this movie was language, was not having the apes being overeloquent or linguistically articulate, so we spent a long time in the rehearsal period figuring out how the 2,000-strong community would manifest communication. Some, of course, have had the intelligence-enhancing drug, Caesar most of all, so he’s beginning to use human words and beginning to structure sentences. But then there are layers of forms of communication like gesture and signing, which is the common language for the apes. So we imagine that since ‘Rise,’ over those 10 years, Caesar has taught the apes to sign.”

As Caesar, Serkis brings a stillness to the character that accentuates his strength. “What I wanted to do with Caesar was to give him the bearing, the physicality of a leader,” he explains. “He has a lot going on, and you can see the worry and the stress of trying to control everything and lead in an egalitarian way…. I thought very much about Nelson Mandela as a role model for him; someone who tried to lead in a peaceful way, who obviously was prepared to stand up for his beliefs but also generally would not use aggression to achieve where the tribe needed to be. I think the film is very potent and powerful in many respects and is a real film for our times.”

Outside of touching on universal ideas about struggle, survival, family, and what lengths will be taken to protect them, the power of “Dawn of the Planet of the Apes” could lie in crowning Serkis the first actor to be nominated for a motion capture performance.

Briana Rodriguez
Briana is the Editor-in-Chief at Backstage. She oversees editorial operations and covers all things film and television. She's interested in stories about the creative process as experienced by women, people of color, and other marginalized communities. You can find her on Twitter @brirodriguez and on Instagram @thebrianarodriguez
END_OF_DOCUMENT_TOKEN_TO_BE_REPLACED