Supporting 2014: Charlie Cox’s 1 Tip For Getting into Character 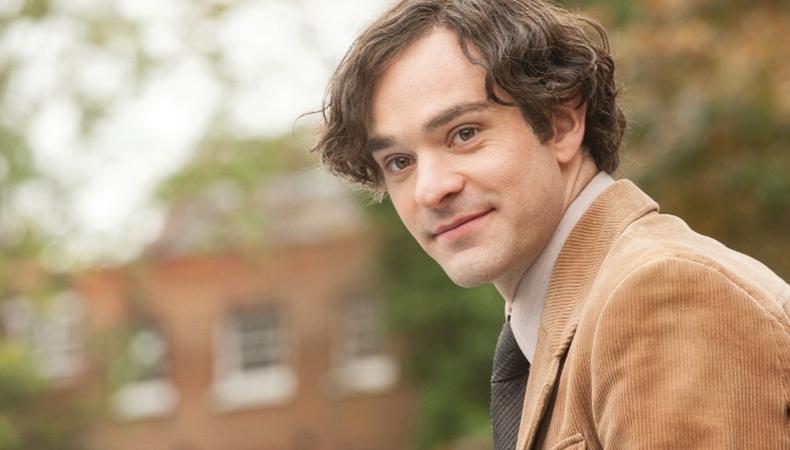 When Charlie Cox went to audition for the role of Jonathan Hellyer Jones in the Stephen Hawking biopic “The Theory of Everything,” his head was shaved nearly down to the skin. He looked nothing like the character he was meant to be playing. He was sure he’d never get the role.

“My mum said I looked thuggish,” he admits, laughing. “I was reading the script and getting a sense of this character, and I was just thinking, Oh my God, no one is ever going to think I’m right for this part! But James [Marsh, the director] was open to the idea of me, and I heard back relatively quickly afterward that they were interested in me; I thought, He must be really open-minded!”

Marsh cast Cox as Jonathan in the film that chronicles the decades-long marriage of Jane Wilde (Felicity Jones) and Hawking (Eddie Redmayne), beginning with Hawking’s diagnosis with ALS. As his disease progresses, Jane enlists Jonathan to help her, but emotions become entangled with responsibility and they fall for each other; the two are now married.

“My concern, the only real one I had, was that I felt there was a chance that it might seem like Jonathan had an agenda: He met Jane, he fell in love with her, and he was trying to win her off Stephen,” Cox says. “And I don’t think that’s what the script is intending. I think he does meet Jane and falls in love with her very quickly, but he offered his help to the family. It’s almost like he had a love affair with the Hawkings, with all of them, and through that, the love he has for Jane—he thinks he can suppress [it] and he realizes he can’t.”

To prepare, Cox read the script repeatedly (“As you read more and more, the whole thing, the character and the story, slowly becomes simpler and simpler and simpler”) and went to breakfast with Jonathan. “I was interested in the energy he brought into the room, what kind of a man he was, how he greeted you at the door, and how he sat and spoke to you,” he explains. “I realized there was no way you could ever think he would be duplicitous in that way. He was incredibly kind and generous and just a sweet, lovely man, so I tried to bring that energy.”

During the filming process, Cox was on point with his earlier assessment of Marsh, who has a background in documentary filmmaking, as open-minded. The actor says the director’s experience capturing real-life events as they’re happening gave the set a sense of spontaneity and freedom when it came to his performance.

“The way he ran set was that we would always have a feeling where we could try something and if it didn’t work, it didn’t work,” he says. “There’s a scene with Eddie and I in the church and he comes in and he’s basically asking for help with Jane and he brings beers into the church. Just ’cause Eddie’s an old friend of mine and we were just mucking around trying to make each other laugh, for one of the takes I handed him a beer and said, ‘Bear in mind you have to drive.’ [Marsh] ended up using it in the film and it was kind of a silly moment. And the funny thing is I can see Eddie laughing.”

The moment ties back into Cox’s overall approach to his roles: “When you get to set you don’t try to play the plot, you just play the character,” he says. “I think sometimes if you’re unfamiliar with the text, there’s tendency to try and play the surface of what’s written. If you become really familiar with the text you play what’s going on underneath it all.”

Briana Rodriguez
Briana is the Editor-in-Chief at Backstage. She oversees editorial operations and covers all things film and television. She's interested in stories about the creative process as experienced by women, people of color, and other marginalized communities. You can find her on Twitter @brirodriguez and on Instagram @thebrianarodriguez
END_OF_DOCUMENT_TOKEN_TO_BE_REPLACED