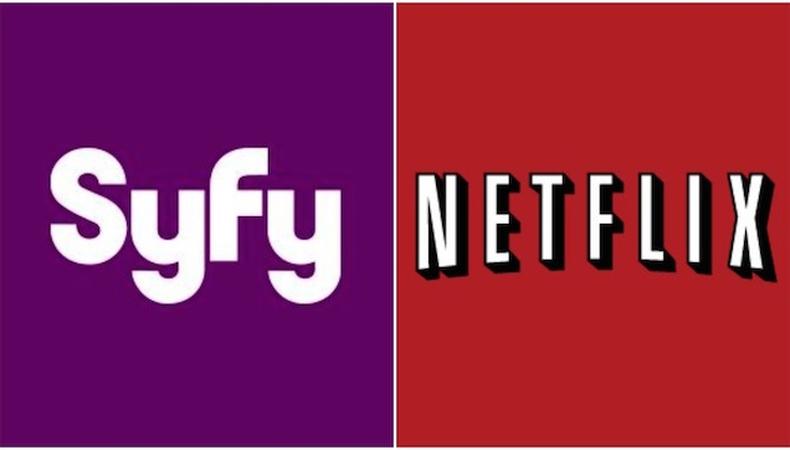 “Happy!”
Christopher Meloni can’t seem to leave his cop roots behind. Having played the hard-nosed Elliot Stabler on “Law & Order: SVU” for 12 seasons has really rubbed off on his new role in “Happy!” Despite how jovial the name might sound, the Syfy pilot isn’t tracking a happy-go-lucky fella living his life on the straight and narrow. The comedy pilot, created around Grant Morrison and Darick Robertson’s graphic novels, will sway into the darker side of the genre. It follows an inebriated former-cop-turned-hit man who’s forced to re-evaluate his debaucherous existence when he encounters a blue-winged horse after a botched hit. Meloni is currently the only actor attached to the half-hour pilot, but additional casting is underway with Zane/Pillsbury Casting. No word on who will voice the little blue friend Nick Sax finds himself saddled with, but a name is expected to drop before production begins in New York at the end of January. Time to start wishing for an “SVU” crossover episode.

“Wormwood”
Famed documentarian Errol Morris is entering the fictional realm. The filmmaker, known mostly for seamlessly portraying real-life subjects, is combining his expertise with a little scripted storytelling in “Wormwood.” The miniseries, picked up by Netflix, tells the factual story of Frank Olson, a biochemist recruited by the CIA in the early ’50s to be a part of the controversial Project MKUltra, an initiative to discover the effects of certain chemicals on the human mind. The most shocking part of the story comes after Olson suffers a breakdown and meets a gruesome death, leading some to believe he was dosed by his commanding officers with a powerful hallucinogen. Peter Sarsgaard has already been cast as Olson in the long-form documentary that will dramatically reconstruct a handful of scenes to create a film-esque portrayal of the events. Filming recently started on the miniseries that’s set to shoot through the end of the year. While Olson’s role may be taken, a handful of smaller roles are still being cast in New York with Cindy Tolan Casting.

“The Machine”
Syfy is stepping into the remake game: “The Machine,” a 2013 film that proved itself worthy of a cult following, is about to get the pilot treatment. The project will follow six intertwined characters as they navigate the conflict between man and the growing force of artificial intelligence. The protagonists’ motives vary, as some hold the key to salvation while others have the key to humanity’s destruction. The project that’s set to shoot in Toronto in February 2017 is currently quiet on casting announcements, but Lowry-Johnson/Goldstein Casting will handle the assembly of actors.