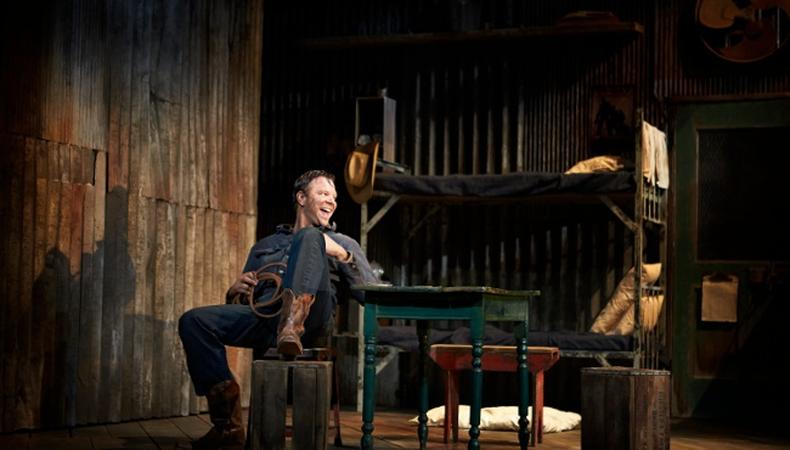 The “True Blood” actor, currently on Broadway in “Of Mice and Men,” credits the school with changing his career and life. “I can’t point to anything that has been more responsible for my career than my training,” Parrack says. “What [Playhouse West] gave me, apart from a technique and a foundation for how to approach acting, was a real respect for what it can mean to be an actor.” Parrack wants to bring that to other actors, so, despite a booming career, he’s making Playhouse West Brooklyn Lab his priority—where he’ll be the sole teacher for the first four months of classes.

Finding the right training isn’t always easy. Parrack was disappointed with the first school he tried in Los Angeles, saying, “I wasn’t shown anything other than how to put on a show for people; there was no reality in any of it.” His friend James Franco suggested he try Playhouse West, so he went to see a production. “I saw young actors having experiences that I had hoped to [have] when I signed up for the other place.” The instructors there, Carnegie and Tony Savant, put a premium on “the living human experience [and] not the sleek cool representation of life, or the clever masquerading,” says Parrack. The idea behind the teaching method at Playhouse West was to create an expression where “it’s personal, and it’s out of you, it’s living, and it’s not geared toward garnering you applause or admiration, but toward the simple expression of human truth.”

Parrack was asked by Carnegie to join the staff. “It wasn’t something that I realized I wanted to do until I started to do it,” he says. Even when he was working on Season 3 of “True Blood,” he continued to spend as much time as possible at the school, either teaching or watching the other teachers. “I know what it’s like to have a dream. I know what it’s like to roll the dice and say, ‘I’m going to go after this thing,’ and nothing turns my stomach quicker than acting teachers or acting schools that look at a bunch of dreamers and say, ‘We can help,’ when they know full well that they can’t,” he says. He began teaching technique classes, but also added a script analysis–type class that he designed.

When he moved to Brooklyn, he quickly felt the lack of a professional acting program like Playhouse West. “There’s an enormous concentration of actors in this vibrant, exciting place,” he says, “so I asked Bob Carnegie if I [could] expand it out that way and he loved the idea.” Parrack will be heading up the school, with a program consisting of basic technique classes as well as more project-oriented classes, so that “while we are studying the approach, we are putting it to use immediately toward these projects.” Because of technology, actors can begin using the techniques they are learning almost immediately. “There’s almost no better way to find out where [technique is] strong and where it’s weak in an actor than to put something up and [have] some consequence for where you’re at with your learning.”

Parrack hopes that the project-based classes will incorporate and foster creative relationships between the actors. “Second only to a viable approach to acting, the most important thing an actor can find is a creative family. To have a solid core group of people that you take that journey with together is invaluable,” he says.

Want to learn more about "Of Mice and Men"? Check out our cover story with James Franco here!

Melinda Loewenstein
Prior to joining the Backstage team, Melinda worked for Baseline StudioSystem tracking TV development. When she's not working, she enjoys cuddling with her cats while obsessively watching every television show to ever air.
END_OF_DOCUMENT_TOKEN_TO_BE_REPLACED