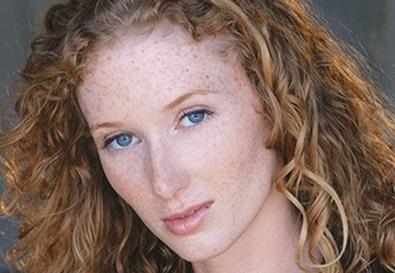 Photo Source: Michael Sanville
I was an actor for 17 years. I took my craft seriously and wanted to learn from the best. When searching for a headshot photographer, I treated it the same way. Back then, it was a heck of a lot easier than it is today, when anyone with a digital camera can claim to be a reliable headshot photographer, but there were still traps to avoid.

I've been a photographer—mostly headshots—for a little longer than my acting career lasted. I've photographed celebrities, people just starting out, and everyone in between. I've worked with tens of thousands of actors, from every agency in town—from small start-ups to boutiques to powerhouses like CAA, William Morris, and Triad. I have photographed everyone from Jennifer Aniston and Brad Pitt to Jeremy Renner, Dermot Mulroney, Maria Bello, and Lauren Conrad.

I've witnessed the trends go from black-and-white film to color digital, from tight close-up shots to three-quarter shots and back to tight close-ups. I was one of the first photographers to shoot headshots in landscape format—horizontal rather than vertical—and to place the subject off to the side and not directly in the middle of the picture. I found that both of these techniques drew a casting director's attention more quickly and easily.

In the past few years, our industry has become saturated with so-called headshot photographers. Digital photography is the reason. I have seen literally hundreds of them come and go. Instead of getting a job waiting tables, they buy a camera and immediately start charging for their "services." Suddenly everyone claims to be an expert. The problem is that you, the consumer, have absolutely no idea who's telling the truth. There are no Internet police to say, "Hey, wait a sec. How do you figure? How long have you been shooting? How do you know you're the best?"

These days, the louder you yell, the more attention you receive. It can be frustrating at the very least. Every day, I get phone calls from prospective clients telling me it's insane out there with so many photographers competing for headshot business. How do you know who's good and who's not? I've even seen my own pictures being used to promote another photographer's work! Crazy, but true.

In this climate, here are three strategies to help you find the best headshot photographer for you.

If a photographer does not have the time or inclination to actually meet and talk with you, run away. This is not a person who cares about you or your career and is more interested in lining his or her pockets by acquiring as many clients as possible. No matter what anyone tells you, no one is too busy to sit and talk with a prospective client. How will they capture your personality if they have absolutely no idea who you are? There are tens of thousands of actors in Los Angeles and New York and thousands more arriving every day. What is going to separate you from them? A pretty, well-lit headshot? I don't think so. Would a casting director hire someone from his or her picture alone? Then why on earth would you?

Sitting down with the photographer to test your compatibility is not only essential; it's imperative. Do not be fooled by those who tell you they know what they're doing, that there is no need for the two of you to meet ahead of time. Getting a sense of each other, asking questions, talking about your specific goals and needs is not only wise; it's professional. If you don't like your prospective photographer, how on earth is your headshot going to look? Pretty? Maybe. Will it stand out from the rest? No way. I cannot stress enough the importance of an initial meeting for both you and your photographer.

And sitting with the photographer's assistant doesn't count. He or she is not the one who is going to photograph you.

This is an extremely difficult subject, because there are many talented beginners out there, and they charge, or at least should charge, a lot less than more-experienced photographers. But how can you tell if the person whose website you're looking at is as experienced as he or she claims? It's simple. When you go to meet with the photographer and see his or her work, ask to see some black-and-white film prints, the ones that have the client's name on them and have actually been used. If the photographer doesn't have any, then he or she has flat-out lied about having years of experience. Because years ago, black-and-white photographs were the only headshots used, and if this person doesn't have any, then he or she didn't start shooting until recently.

The truth is, there is no "No. 1 headshot photographer in town," as so many claim to be, and certainly not someone with limited experience. It's just a gimmick designed to deceive and manipulate you. In my 17-plus years of shooting actors, no one has come up with a foolproof formula for calculating who is actually the No. 1 photographer in any city. It's crazy to believe such a claim. This is your hard-earned money you are about to hand over. Don't spend it foolishly.

Headshot photography is a business, and we all want to make a good living at it, but shooting as many people as you can fit in a day does nobody any good. It may be a financially rewarding day for the photographer and the makeup artist, but you, the actor, are not getting your money's worth. After all, isn't a headshot session supposed to be about you and giving you a great product? How on earth can anyone provide a top-quality product when they have clients waiting in the wings or they're going back and forth from one shoot to another? They can't. Rushing anyone through a shoot not only lacks professionalism; it lacks common courtesy. It's saying to the client, "I don't care about you. I just want to get this over with so I can get on with the next job."

This type of behavior shows that your headshot appointment isn't about you; it's about the photographer. When ego and arrogance and factory photography are at the forefront of a photographer's mind, the work will suffer, and ultimately you will suffer—both financially and emotionally. If you find yourself in this situation, get up and leave. You have every right to do so. Do not be intimidated by the bully behind the camera. An assembly-line photographer will give you a generic headshot. If you look at the person's work, each photo will look exactly the same. Herein lies the problem: No two people are exactly the same. You may have blond hair and blue eyes like many people, but you are definitely not like everyone else, and you shouldn't be treated as such. Who you are inside is what makes you special. It's that specialness that needs to be captured in order for your headshot to stand out. Avoid factory photographers like the plague. They care very little about you, if at all.

In conclusion, don't be fooled by flash, ego, or a hard-driving soundtrack on a website. There are some really creative, experienced, and caring photographers out there, photographers whose work stands out. Take your time. Visit with them. See where they shoot. See how they treat you. See how you feel when you're with them. Ask questions. Don't let inflated egos and pompous behavior cloud your judgment. Just because people say they're something doesn't mean they are. Don't be fooled by those who think they know what they're doing. Always check the source! Their work will tell the real story.

When I was an actor, the worst headshots I ever got were by the self-proclaimed "best headshot photographer in town." They looked generic and did absolutely nothing for me. I wound up throwing them all away. The very best headshot I ever got was from a quiet man who hardly advertised but who took the time to get to know me a little bit and who made sure he accomplished what we set out to accomplish. I wasted thousands of dollars on lousy headshots. Don't make that mistake. Treat this quest with the same importance you place on your career. It will pay you back tenfold.

Michael Sanville has been a photographer since 1992 and is based in Los Angeles. His work has appeared in such publications as Entertainment Weekly, Glamour, Marie Claire UK, People, Redbook, and Us Weekly, as well as on ABC Primetime, CNN, and "The Oprah Winfrey Show." His website is at www.michaelsanville.com.

All photos by Michael Sanville.