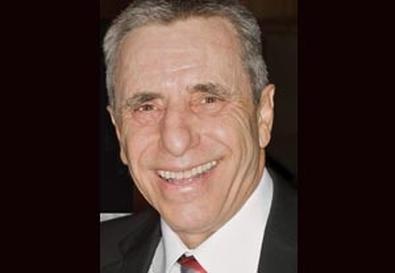 Many actors take on other facets of filmmaking: directing, producing, sometimes even writing. But the true love of acting will not be ignored, so no matter how many hats they wear, they keep looking for chances to ply their favorite talent.

Such was the case for Talbot Perry Simons, who was paging through Back Stage, looking for acting gigs even though he was keeping busy promoting a film he'd recently written, directed, and starred in. When he saw the notice for "Thursday's Speaker," a SAG Ultra Low Budget feature, he knew he'd found something that would let him do what he loved. "Acting's my favorite thing," Simons says. "It's why I made my own movie—so I could star in it. And I'd been so busy marketing, 'Thursday's Speaker' was the first project I'd submitted for in ages."

In the film Simons plays the role of Hank, owner of a used-car lot. Gary Hebert, the film's writer and director, knew at the first audition that Simons was what he was looking for. "He had amazing energy," Hebert remembers. "He came into the room like gangbusters, totally ready to go. He was a lot of fun right from the beginning, so I thought he'd be great in the part." Hebert still thought so after they were done shooting. "It was great," he says. "[Simons] is a very hands-on, physical actor. He loves having lots of little props, and he will come up with all this stuff on his own. He comes in with his crossword puzzle that he's going to be doing, or he finds all these quirky little things that he can bring to it. He's always adding something or bringing in some new idea, or adjusting something. He's really professional and totally prepared; I'd love a chance to work with him again."

Simons began acting in the 1970s, when he received a scholarship to The Lee Strasberg Theater & Film Institute in L.A., after winning the Irene Ryan Award for best actor in a production of "Lenny" at Orange Coast College. "I studied at Strasberg with a great lady named Pat Randall, and I've been acting ever since," says Simons, who is a member of SAG and AFTRA and on withdrawal from Equity, and estimates he's been in 35 plays in L.A., as well as many TV shows and films. "I've won a total of seven acting awards now, with the best acting award from the New York International Independent Film and Video Festival for my movie 'Still the Drums.' " That film won four other awards at the 2009 festival: best movie, best screenplay, best directorial debut, and best new song. Simons was the director and writer and even sang the song—but acting continues to be his main focus. "I'm not a kid anymore, you know," he says, laughing. "It's a struggle, but they ain't getting rid of me."