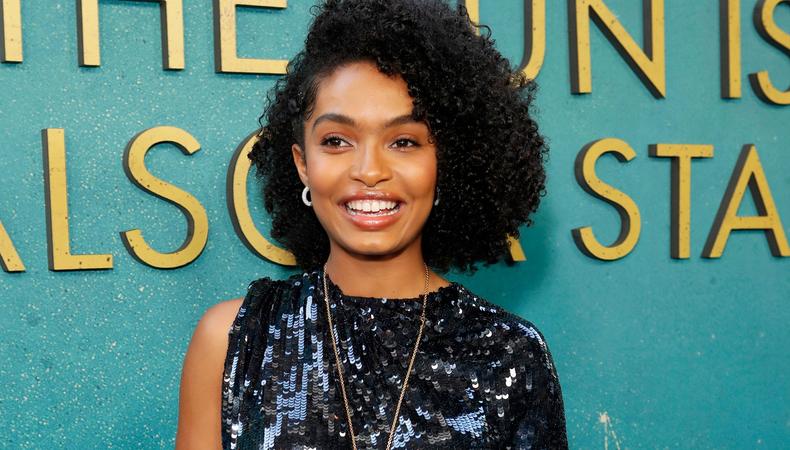 “Sitting in Bars With Cake”

The way to a man’s heart takes a detour through his stomach in a new Amazon film. “Sitting in Bars With Cake,” based on a 2015 memoir by Audrey Shulman, follows a woman who comes up with a quirky—and delicious—dating hack. After she discovers that a cake she baked for her friend’s birthday party makes her the star attraction for men at a local watering hole, she spends a year whipping up confections and bringing them to bars in the hopes of finding a boyfriend. Trish Sie (“Pitch Perfect 3,” “The Sleepover”) will direct from a script written by Shulman herself. Yara Shahidi (“Black-ish,” “Grown-ish”) will play the lead and executive produce, and Barbara McCarthy Casting is putting together the rest of the ensemble. Production is scheduled to start in mid-September in the Los Angeles area.

After garnering critical acclaim for Apple TV+’s “Black Bird,” Taron Egerton is set to conquer another streamer. The BAFTA nominee will headline Netflix’s “Carry On,” a new thriller centering on, of all things, the TSA. Egerton will play a security agent who’s blackmailed into allowing deadly contraband through the conveyor belt on Christmas Day. Jaume Collet-Serra (“Jungle Cruise,” “Orphan”) is set to direct; the script was written by T.J. Fixman (“Ratchet & Clank”) and subsequently polished by Michael Green (“Logan”). Atomic Honey Casting is adding additional actors. Production is set to start in late September in New Orleans and Cleveland.

This fall, a new film is wading into a tense political game in a walled-off country. Steve Barnett (producer of “300” and “A Week Away”) will direct “Valiant One,” a military thriller set on the North Korean side of the Demilitarized Zone that separates the authoritarian country from South Korea. Based on true events, the film will follow a team of American soldiers who, in the wake of a helicopter crash, must guide a tech operative to safety on the other side of the DMZ—or risk setting off a war. No actors are yet attached to the Monika Mikkelsen–cast project; filming is set to begin in mid-September in Vancouver.