How to Teach Unfamiliar Accents 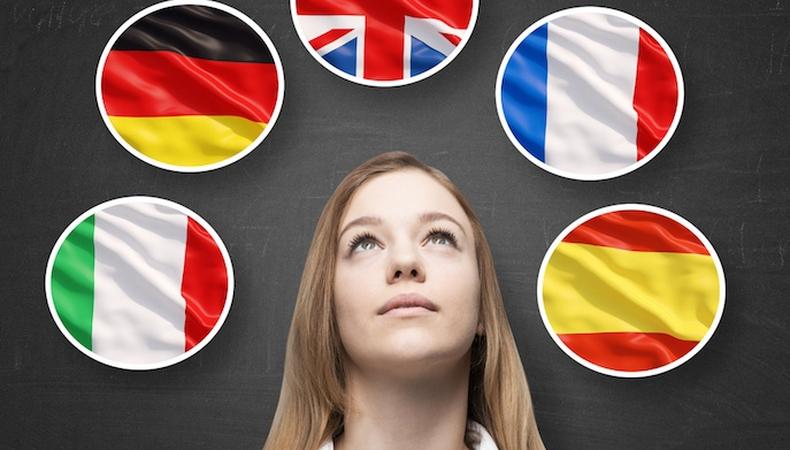 Plays borrowed from the headlines are not an uncommon phenomenon, and nowadays plays inspired in one way or another by international relations are hardly unexpected. Determinedly political playwrights itching to comment dramatically on current events are inevitably turning to points farther away from these shores and from Europe.

Take J.T. Rogers. His "Blood and Gifts"—largely set in Afghanistan and Pakistan—deals with covert American activities to combat the Soviet invasion of Afghanistan in 1979. Or look at David Henry Hwang's "Chinglish," the very title of which implies culture clash.

But what does a play like "Blood and Gifts"—which includes Pakistani and Afghan characters, along with an American, an Englishman, and a Russian jockeying for sway over the ruling factions—mean as a challenge for dialect coaches more familiar with tending to Western accents? Along those lines, what does a play like "Chinglish"—which involves an American trying to do business in contemporary China's burgeoning capitalistic society—demand?

Why not ask Deborah Hecht, who's one of Manhattan's busiest coaches and who pulled the "Blood and Gifts" assignment, or Joanna Lee, the cultural consultant called on for "Chinglish" duties, how they fared?

In a phone interview, Hecht begins by saying, "One of the great things about doing what I do is that often fashions in theater follow what's happening politically in the world. It forces us to keep up. Lately I've been boning up on Middle Eastern accents."

Would it be safe to assume that when she trained, there wasn't as great an emphasis put on, say, Pakistani and Afghan accents? Admitting as much, Hecht says of the Lincoln Center Theater assignment, "Luckily, I had worked on 'Homebody/Kabul.' " She's referring to Tony Kushner's play about a woman fascinated by Afghanistan who visits the country and disappears and whose family encounters frustrations while searching for her.

For the new job, the already geographically grounded Hecht says, "I was eventually able to contact a doctor here, Dr. Dawer Nadi. I used him for the Afghan language, for really everything. I'd have him come in and speak for me. He helped us with the language itself, to make certain such things were accurate—the words used and phrasing and pronunciation.

"He was very knowledgeable about a lot of the events—what the life was after the Russians were there," Hecht adds. "I was also lucky, because one of the actors had worked in Los Angeles and had met a lot of people speaking the foreign language and knew placement and rhythms, knew them idiomatically."

She says, "There were changes when we spoke to Dr. Nadi. Things were clarified—what the writer intended to say. What had been given to him earlier by folks was sometimes too formal. We shifted into colloquial ways of saying them. Nadi was instrumental in that. The same thing with the Russian. I happen to have a student who's from Russia."

It sounds as though luck regularly entered in for Hecht, who says that when she was contacted about the task, "it was a little daunting at first, but it was easier than I expected." That is thanks, she says, to "Bart Sher's casting and work some of the actors had done. And I have a doorman who's Pakistani. The great thing about living in New York is everybody lives here."

Luck was also encountered by Lee with "Chinglish"—although what may seem like luck looks more realistically to be the availability in New York City of actors with ethnically varied backgrounds. Lee, also quizzed on the phone, notes that of the seven actors in her cast, six spoke Chinese and one, Larry Lei Zhang, was trained at the Shanghai Theatre Academy.

Nevertheless, she hastens to clarify of a play set in Guiyang, a southwest area of China with its own quite specific regional accent, that "if we really, really spoke as they do in that area, nobody will understand what we are saying." By that she means even Chinese-speaking audience members.

"What we need to do," she explains, "is achieve something understood by an audience that the actors are comfortable with." She likens this to, as she puts it, "the equivalent of BBC English," as well as to the accent used on China Central Television, which, no matter what the region may be, is understood throughout China.

Lee also points out that the Chinese spoken in the play—and with the "neutral" accent deemed appropriate under the circumstances—is presented on the script's pages not just in the language but in Pinyin. That's to say, as transliteration, complete with markings indicating the rising and lowering vowel tones crucial to comprehension of Mandarin.

The amenity is intended, of course, to attain proper pronunciation, but Lee also mentions that she had to do the opposite with Gary Wilmes, who plays the stateside fellow having an affair while waiting to land an important account. For a scene where Wilmes has to say "I love you," Lee had to drill Wilmes not to say the phrase correctly. She says, by the way, that the word ai, meaning "love," depends on an accent placed above the i. Said with the wrong inflection, which is what she wanted, the word means "boiled dumplings." Yes, dialect coaches run into this, too.

Has Lee advice for actors starting in this Eastern direction? She does: "Sign up for any good Chinese course, and you already have the basics."