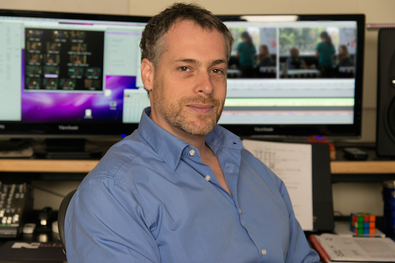 When shooting on set, do you ever wonder what the editor needs to keep you in the show? Or if you are unintentionally cause problems for the cutting room? You’re not alone. You’re the reason I wrote my book of advice for actors.

From an editor’s viewpoint, one of the most important technical skills for you to master is continuity.

Irrelevant in theater, but critical to on-camera acting, continuity means performing the same physical actions identically in every take. It’s which point in the dialogue you turn around to face someone, which hand you use to pass your scene partner a folder, when you lean back in your chair or touch your face.

Continuity is when you move, how you move, when you stop moving, and matching that action in every take.

If you reached for your soda can before saying, “I need a drink” in take one, then you have to match this choreography in every other take. You must always do it in the same order because I’m editing the scene together using multiple angles and takes, and the action in all of them needs to match. You can’t change the sequence of events in take three by reaching for the can after saying, “I need a drink.” That’s not going to cut together with your other takes—or your scene partner’s takes. The other actors are reacting to your actions, so if you move at the wrong time, their eyes will be looking in the wrong place. It’s extremely important to be consistent, whether the camera is on you or on someone else. Then I’ll always have the option to keep your best work in the scene.

Humans are hardwired to notice mismatching movements, so editors work hard to avoid them. We don’t want the audience to become distracted by a character’s soda can inexplicably jumping from table to hand and back again between shots. To maintain the illusion of our fictional world, we need you to maintain continuity.

I want to cut every scene for the best performances, but when there are continuity problems, I’ll have to use inferior takes just to hide the physical mismatch. So your worst performance might wind up onscreen because that was the only take where continuity matched. Or I might have to cut away from you entirely until the mismatching action is over. That’s how you end up on the cutting room floor.

Here’s an example of bad continuity:

Two characters are talking at a diner. The Drinker has a coffee cup in his left hand. In his coverage, he says his line and then drinks the coffee. But what if he doesn’t maintain continuity when the camera moves behind him to get coverage of the Listener?

See how his coffee cup jumped hands? So did the audience.

I can’t use the Listener’s reaction from a take with such an obvious mismatch, even if it’s her best performance. I’d have to use her second-best take to get the correct match. I hate to sacrifice performance for such a preventable reason.

This is a very mechanical skill, but it’s absolutely crucial. Some actors complain that continuity is too rigid, that it prevents them from being in the moment and producing an organic performance. “I can’t be in the moment if I’m worrying about whether my glass is up or down!” My answer is simply that you have to learn this skill and make it part of your craft. If you give the most incredible performance, but your continuity is a disaster, we probably can’t use it. So the performance will wind up being useless after all. Keeping your continuity consistent lets the audience focus on the important things.

The greatest actors have the ability to portray rich emotional moments on demand, but even in the midst of those moments, there’s a still a part of their brain that can focus on technical things like continuity without diminishing their emotional performance. I find that truly incredible. It’s my hope you can learn to do that too.

“How to Avoid The Cutting Room Floor: An editor’s advice for on-camera actors” is available in print and digital formats at EditorsAdviceForActors.com. Models: Colin Walker, Gillian Shure.

Jordan Goldman, ACE, has worked for nearly 20 years in Hollywood's TV and film industry, cutting over 70 episodes of television, including series such as “Homeland,” “Terriers,” “24: Live Another Day,” “Masters of Sex,” and “The Shield.” His keen eye for performance and strong sense of story earned him an editing Emmy and an American Cinema Editors Eddie. He has just written a new book, “How to Avoid The Cutting Room Floor: An editor’s advice for on-camera actors.” Goldman is a member of the Motion Picture Editor’s Guild, the American Cinema Editors, the Television Academy, and the Director’s Guild of America. For full credits, visit Goldman’s IMDb entry.