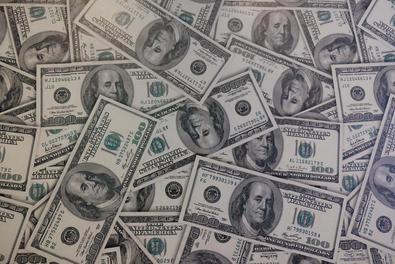 An arcane provision allowing actors to quit SAG and still work on union jobs is suddenly coming under increased scrutiny.

The debate over the "financial core" provision of SAG's Rule One, which otherwise prohibits members from working on nonsignatory productions, also has sparked further discussion of the guild's chilly relationship with the Association of Talent Agents. SAG activist, blogger and voice actor Arlin Miller, recently posted items involving a supposed campaign by "ATA agents" encouraging clients to "go fi-core."

Declaring financial core status allows members to resign from the guild and withhold SAG dues earmarked for politicking while continuing to work on union jobs and paying partial dues. The practice stems from a 1988 Supreme Court decision in Communication Workers of America vs. Beck that said union members have the right to declare such status.

"There has never been any time that the ATA has encouraged its members to get involved with financial core," Stuart said. "And just saying that it has doesn't make it true."

Contacted by a reporter, Miller said he has been "very careful to say it wasn't all ATA agents" behind what he sees as a recent push to convert clients at various agencies to fi-core. He estimated "four or five ATA agents" are involved in that effort.

Overall, as many as 1,000 actors may currently hold fi-core status, he said. But Miller said he didn't know how many of SAG's almost 120,000 members may have converted to fi-core status in recent weeks or months.

SAG president Alan Rosenberg recently launched a roadshow to SAG branches to discuss how to secure a new agreement, which would govern commission structures and other areas important to guild membership (HR 4/9). The ATA is on record as favoring renewed negotiations over an agency agreement with SAG, Stuart said.

Association members decided during an April 19 meeting to send SAG national executive director Doug Allen a letter before the guild's April 21 board meeting that "basically reiterated the ATA's position that we are open to good-faith negotiations," she said.

A SAG spokeswoman declined to say how many members currently have fi-core status. But whatever the number, it's possible that some actors remain on fi-core status since SAG's bitter 2000 commercials strike, which dragged on for six months and had more than a few frustrated members seeking creative means of getting back to work.

Debate over fi-core flared up in recent weeks after Rosenberg and other SAG officials staged an impromptu protest April 26 in West Hollywood at an audition for a nonunion commercial shoot. Miller, who often supports the MembershipFirst faction of SAG, repeatedly has suggested on his SAGWatchdog blog that agents with ATA affiliations have been encouraging clients to audition for such nonunion jobs by going fi-core.

Stuart said she has no knowledge of any such thing.

"We don't believe in it," the ATA executive said. "We believe in a strong union that bargains for the best deals on behalf of their members. Any implication that the ATA as a trade association would be involved in any effort to hurt the collective bargaining process between the union and the employers is just untrue and unfounded."

SAG deputy national exec director Pamm Fair said that around the time of the recent SAG protest -- staged outside a casting agency seeking actors for a Mercedes-Benz commercial -- some members told the guild's organizing department "that they had been advised to go fi-core" to secure work on the job.