NEW YORK (AP) -- It's when he's standing in a supermarket or drug store, forced to wait by an indifferent clerk, that "7th Heaven" actor Stephen Collins never forgets that he's also the Rev. Eric Camden. He feels his blood boil. He's about to explode with impatience, but he sees the other customers around him. Eric wouldn't throttle some rude teenager, would he?

"There's a different kind of light that shines on it because I'm supposed to be an icon of patience and humility," he said. "It probably does proscribe my behavior in a certain way. It would make a better headline if I make a nuisance of myself in public."

So he blends in with the crowd, sort of the way "7th Heaven," which debuted in August 1996, has in the TV landscape. Even its milestones are reached quietly: the WB just aired its 200th episode, eclipsing "The Waltons" and "Little House on the Prairie" this fall as television's longest-running family drama.

Collins is the patriarch of the Camden clan, a family of five children that expanded to seven with the birth of twins in 1999. His job as a minister puts him on a higher moral plane, but on "7th Heaven," he's a dad first.

Growing up in the suburbs north of New York City, Collins was a fan of programs such as "Leave it to Beaver," "Father Knows Best" and "The Adventures of Ozzie & Harriet."

"I would walk to school and it would really look like a lot of those shows," he said. "Those shows were like reality television to me. In a million years, I never thought I would play some sort of iconic image of fatherhood. I'm tremendously grateful for it."

"He's not the dumb one in the household," she said. "He's communicative, he's responsible, he's involved in his kids' lives. He's a great role model."

She suspects many TV executives don't understand the show's appeal.

`There's a certain mythology that prevails in Hollywood that kids are only interested in risky or edgy stuff," she said, "and I don't think that's always the case."

Although family shows can be considered bland, "7th Heaven" (8 p.m. EDT Mondays) has recently dealt with son Simon's loss of virginity and a subtext for this season is the consequences of teenage sex.

Teenage girls were the first to discover "7th Heaven" a decade ago, Collins said. Many got their parents hooked on watching, too, which is why the series has consistently ranked as the WB's most popular. Of the 20 most-watched shows in the WB's history, 19 were "7th Heaven" episodes (topped by the twins' birth).

Yet the series often seems like an afterthought at the WB, obsessed through the years with being hip and trendy.

The cast remembers a few years ago being told it was being considered for an Entertainment Weekly cover photo to illustrate the WB's success. But Sarah Michelle Gellar of "Buffy the Vampire Slayer" got the cover, "Dawson's Creek" got much of the article's attention and "7th Heaven" was barely mentioned, Collins said.

"We've always kind of gotten short shrift," he said. "We were never really the WB's brand."

It hasn't really affected the show, which has remained remarkably stable. The creator, Brenda Hampton, is still on board. The original cast members -- with the exception of oldest Camden daughter (played by Jessica Biel) -- are still with it.

Hampton and Aaron Spelling Productions run a comfortable set where there is less of a chance of actors burning out, Collins said.

"Brenda and Aaron have this idea that if we're doing a show that celebrates families, we ought to be able to spend as much time as we can with our families," he said.

Most days he takes his 16-year-old daughter to school and is able to have dinner with his family in the evening.

At 57, Collins has a couple of dreams as an actor -- playing Hamlet and playing a baseball player -- that are unlikely to be fulfilled. (Although you never know with "7th Heaven": Collins once sang four Elvis Presley songs during a scene in which he was hallucinating while under medication.)

In real life, Collins sings informally with a rock band, and has recently recorded an album of Ricky Nelson songs.

How long does he want to continue playing the reverend?

"I don't know," he said. "This year could be the last year or it could go on for a couple of years. If I had been 10 years younger, I think I would have wanted to leave by now. I'm old enough now to appreciate the longevity of it."

So he'll have to continue to keep his guard up in public. He's a man of the cloth to prying eyes.

"I think it's probably been tricky for my daughter, although she never complains, in that she's in many ways a preacher's kid because her friends are liable to say, `you can't do that, he'll kill you,' as though I am Eric Camden," he said.

"That's actually a good thing in many ways."

Copyright 2005 Associated Press. All rights reserved. This material may not be published, broadcast, rewritten, or redistributed. 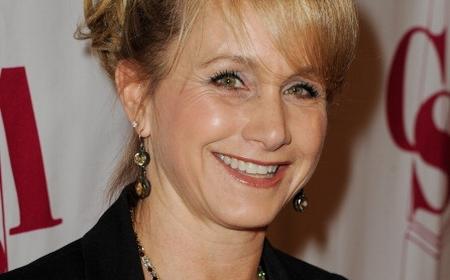