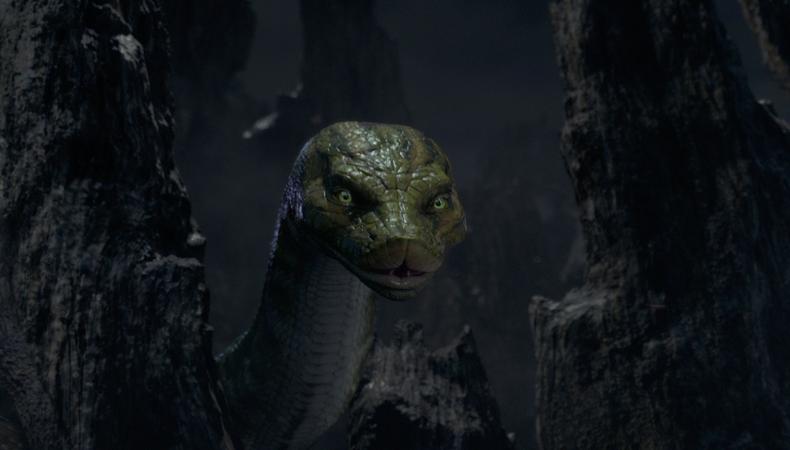 How do you take a Cate Blanchett motion capture performance and transpose it onto a tiger without losing her essence? Not easily, according to Max Solomon, animation supervisor for Andy Serkis’ “Jungle Book” live-action adaptation for Netflix, “Mowgli.” Here, Solomon discusses his experiences dehumanizing performances for the ambitious feature, as well as his most crucial advice for actors when working in animation.

How closely do you work with actors as the animator?
I don’t work directly with them. [For ‘Mowgli’], I was on the set the whole time and I had a lot of ADR testing, but really I was more there as an observer, and then if I had any suggestions or ideas, I would talk to Andy about it. Film production has a very strict protocol and hierarchy. In terms of the structure and the communication lines, it’s kind of like the army. The private doesn’t talk to the general, so to speak. I was more like a lieutenant, or maybe a corporal, in that hierarchy. I was there as an observer, but it’s very helpful to see the actors working.

How do you begin to transpose an actor’s performance onto their animal character?
A lot of the acting choices have been made, but there’s always space to explore other ideas [through animation], whether it’s changing or enhancing the performance, or reducing the performance. Particularly when interpreting that performance onto a non-anthropomorphic character like a tiger or a bear, for example, it can’t do some of the gestures the human actor might do, so you have to think of ways to communicate the same things emotionally with that creature. There’s that level of interpretation, but there’s also things the creature can do [that humans cannot] that you can then add to the performance.

READ: The Quickest Way to Break Into Voice Acting

Are there ways actors can make their performances more realistic?
Christian Bale and Andy Serkis, who play Bagheera and Baloo [respectively], have a fight in one scene. When they were doing the ADR, Christian and Andy were in the sound booth together and they literally started trying to throw each other around. They’re two middle-aged guys, so they didn’t get too physical, but they were certainly grappling, and that really helped them get into the performance and deliver a really visceral, physical performance because they were actually pushing and pulling and shaking each other. And then once we [apply] that to Baloo and Bagheera, who are two half-ton creatures who are quadrupedal, you have to depart quite a lot from what Andy and Christian did and just take the essence [and] the spirit of it, then just go on a tangent.

Is it safe to say actors’ performances heavily inform your work?
The scenes where the actors are delivering lines of dialogue and not being too physical, we would take 90 percent of what they did and really try to make it work in the creature. It can be tricky to interpret what a human would do on a quadruped. The head angle is incredibly important, actually much more so than facial expressions. The angle in which you look at someone communicates so much—if you’re open-faced, or if you’re looking at them from the side, or if you’ve got open brows. The actor would have a camera that he would be acting to, and we would really adhere to that and look at it through that camera, which gives a very different sense of the performance.

Do you have any broad-stroke advice for actors’ animation performances?
It’s better to go big—I’d almost use the word “caricature.” I think what Andy Serkis does as an actor, which is great for animated characters, is his performances are big, and when you have a big performance, it’s much easier to dial it down, rather than ramp up a minimal performance and make it bigger. I don’t mean “big,” but I mean really strong. If you do a movement or a gesture or an eye dart, it has to be for a reason. I think sometimes we see performances where the actor is quite fidgety, and what they’re trying to communicate can get lost in that noise of expression. I think the most useful actors for a digital animated character are the more disciplined ones [where] everything they do is communicating something for a reason.

Do you have any words of wisdom for aspiring animators?
I didn’t actually study animation; I sort of gravitated to it. And I know a lot of people who are in the business who have become very successful who also didn’t study it. For a young person, the logical step is to go and study it at university, but I think it’s not necessarily true. It’s good to be able to draw, because you study anatomy, you’re understanding silhouettes and performance, which is such an important part of animation. There’s so much information now online. There are so many tutorials and books. You can certainly teach yourself, which is what I’ve done. I’ve just learned at work and working with great people over the years.

Casey Mink
Casey Mink is the senior staff writer at Backstage. When she's not writing about television, film, or theater, she is definitely somewhere watching it.
END_OF_DOCUMENT_TOKEN_TO_BE_REPLACED