The Specific Acting Challenge of Netflix’s ‘The OA’ 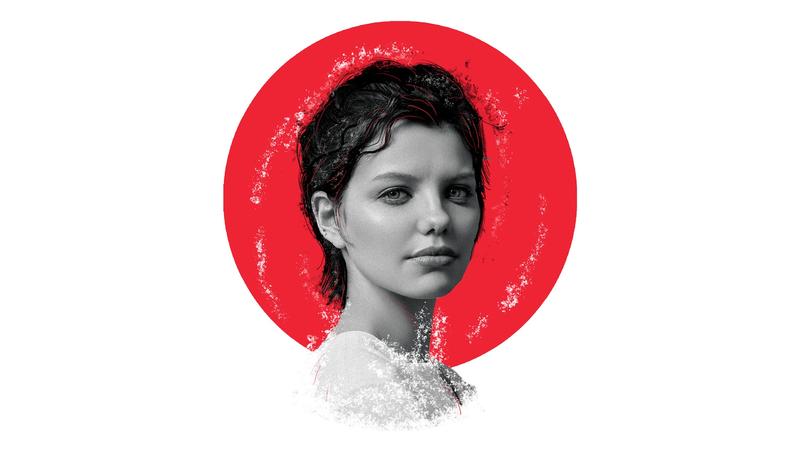 Chloë Levine has attended auditions for as long as she can remember, from sitting in on her older sister’s meetings as a toddler to booking gigs herself as an adolescent. Today, she has starred in big-screen (“The Transfiguration,” “The Ranger”) and small-screen projects alike and is currently reprising her role as Angie on Season 2 of Netflix’s “The OA.” Ahead of the show’s March 22 release, Levine discusses the series’ more novelistic storytelling approach and how she works on her own projects during her downtime.

Brit Marling has said “The OA” operates differently than other projects. Did you feel this difference? Did it affect your performance?
Just because of the way that the industry is changing, making TV shows feels a lot different now. It’s not so much a TV show as it is an eight-hour-long movie. That definitely changes the dynamic of things. I worked on an episode of “Bull” and that felt completely different from “The OA,” even though they’re both TV shows.

What has your latest role on “The OA” added to your acting skills?
You always learn a lot from working with different directors. Working with Andrew Haigh [a director on “The OA”], you had to tune your ear to his specific direction. He’s someone who gives the actor free reign, which was interesting and challenging and so much fun.

I read that you went on auditions with your sister when you were a kid. Did you learn anything from those early days?
My older sister and mom were artists. I like to think I soaked up all of this artistic energy. I don’t really remember it, per se, but everyone has told me the story so it almost feels like a memory: I’d go on auditions with my older sister and I’d always be in her manager’s office. And when I was around 5, I went into her manager’s office and was like, “Hey, when is it my turn to do this?” And her manager, who is still my manager, was like, “You wanna do this?” And I went on my first audition. Even though I don’t remember it—it feels like a myth at this point.

Speaking of auditions, how do you typically prepare for one?
If it’s not a secret Netflix thing, I get the script and read it as many times as I can. I try and be totally off-book. As far as the specifics for each character, I listen to different kinds of music for each character. I think about how they dress, how they walk, what mannerisms they would do that I wouldn’t do, or think of specific situations that they’re going through that I haven't. Being real under imaginary circumstances.

It’s often hard, like you said, when there are projects that are secretive and you’re not getting a lot of material. Do you have to get creative in those instances?
Sometimes they do help you out and give you the gist [of the project] in the room, but you do have to get creative sometimes. Sometimes you get something that’s totally bizarre and you have to make it make sense so your audition makes sense to you.

What is your worst audition story?
I’m someone who always thinks I do really badly. It’s this weird thing where I think I can do better. I remember maybe a couple of years ago, I was auditioning for a play and I was really excited about the play and they’d given me three scenes to prepare. You assume you're going to do all three scenes. So I went in and it was this whole long table and there were all these faces behind the table and I did the first scene and they were like, “OK, thanks for coming in.” And it probably wasn't as bad as I’ve made it now, but I was like, “Oh, my God, I must’ve been so awful that they were like, ‘Please leave now.’ ”

How do you get out of your head when you start to think like that?
It’s hard, just because [with] acting and auditioning, there's a lot of rejection involved. I think that when you really care about something, when you're nervous about something, it’s the feeling that you care. That’s how I deal with nerves: [I think,] Oh, I care about this, this is a good thing that I’m doing. It’s your body telling you that you should be doing it. I haven’t mastered how to deal with rejection, by no means. But as far as getting back on track, I like to watch movies that I really love to remind myself why I’m doing this and then I work on my own stuff to feel like I have some control over things. Maybe I don’t, but to feel like I'm contributing to my own work myself. I don’t need someone to say yes to me; I can do it on my own.

Would you encourage other actors to have their own projects?
Yeah, definitely. I don’t know how it works for most actors, but you’re a storyteller first. For me, I just want to tell stories in whatever medium I can. If you’re acting, it is always interesting to come at things from a writing or directing perspective. It’s interesting to see people in different roles.

And it makes you more well-rounded when you step on set.
Yeah, totally. A couple of months ago, I was [a production assistant] on one of my friend's short films and it was very humbling.

What other special skills do you have listed on your résumé?
I’ve had something really weird on my résumé for a while. I’m double-jointed almost everywhere that I can be. I can pop my thumbs out of my sockets and my fingers can do really weird things. That’s on my résumé. It has yet to come in handy, but it’s on there.

What advice would you give your younger self?
I honestly feel like I still don’t know what’s going on. If there was some way that me now could talk to 12-year-old me, 12-year-old me would say, “You still don’t know what’s going on. Don’t even pretend.” One of my friends told me a few years ago that basically every action that you do comes out of love or out of fear. That’s something I think about a lot. It probably would’ve come in handy if I’d known that a few years ago.

How can you tell which is the motivator: love or fear?
If you don't want to do something, if it’s because you're afraid, that’s a pretty lame reason to not do something. You should go into it with—it sounds so corny—love in your heart.

Want to get to work on the small or streaming screen? Check out Backstage’s TV audition listings!