Why Theater Should Be a Safe Space 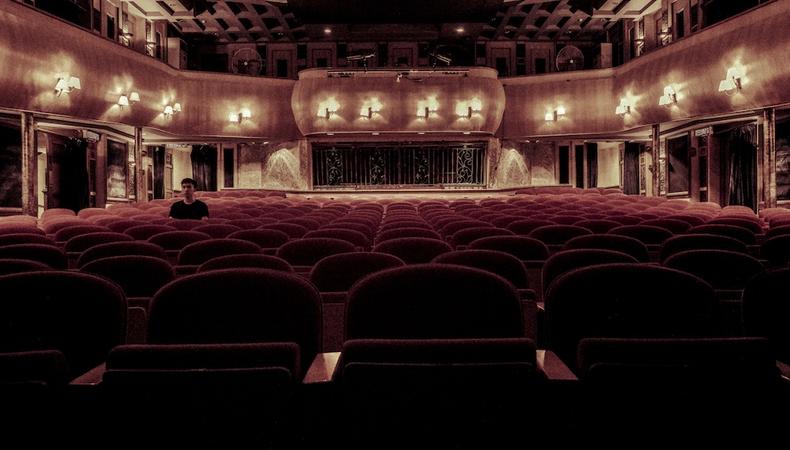 Should the theater be a safe space? This question has been raised with increasing frequency in recent months.

Back in November after a member of the “Hamilton” cast directly addressed audience member Vice President Mike Pence, Donald Trump tweeted the following:

Two monthls later, on the eve of Trump’s inauguration, artists across the country gathered outside of performance venues and, with miniature ghostlights held aloft, called for theater to exist as a “brave space,” a “space where: [i]t is safe to be who you are, regardless of race, class, religion, country of origin, immigration status, (dis)ability, age, gender, identity, or sexual orientation.”

So what does it mean for theater to be “safe”? The very idea can rankle conservatives and liberals in surprisingly similar ways. From one vantage point, the call for “safe” theater has been identified as an extreme result of political correctness designed to protect socially conscious individuals, derisively referred to as “Generation Snowflake,” who allegedly are unable to cope with the divisions that have long existed within society.

From another, the call has been made to protect longtime, passionate theatergoers from being forced to bear witness to the stories and narratives (often emerging from the margin) that simply don’t interest them. Depending on perspective, a “safe” theater can either promote diversity and inclusion, or not.

Theater should be a safe space. In using this very particular but oddly flexible phrase, I have specific applications in mind. Here are a few of them.

In the process of making theater, the physical and emotional safety of actors must be paramount. Obviously, a production involving aerial work has to take certain precautions to avoid injury. In a similar vein, efforts need to be taken to protect artists in other settings. We need to be vigilant and end the occurrence of sexual harassment within theater wherever it occurs, from the audition process to the rehearsal of intimate, “touching” scenes.

It is not uncommon to hear about, witness, or directly experience producers or directors abusing their authority and willfully violating the trust of their production team. It is not rare for an actor, allegedly under the guise of Method approach to subject coworkers to emotional, even physical assault. We need to demand that the theater, a place of work as well as entertainment, exist as a safe space for those who labor both onstage and off.

Theater can create discomfort in audience members but should not directly assail them. I grew up not too far from a popular haunted house in Niagara Falls. Visitors, immersed in darkness, stumbled into rooms in which they would be locked and then poked by staff. To exit, you waited until you either heard the sound of a door open (and then groped your way toward the exit) or you begged to be let out (and were led unceremoniously out of the “chicken” doorway).

Conventional, non-immersive theater should not operate in this manner. We do not trap audiences. A tacit agreement exists between the venue and the seat filler. Theaters alert audiences of hazards ranging from potentially seizure-inducing strobe lights and, selectively, to the presence of potential traumatic triggers. Audiences agree to be attentive, unobtrusive witnesses who silence their cell phones and unwrap candies in advance. The rules can change and expectations can be reframed but, for the sake of transparency and ultimately safety, revisions in the general agreement should be announced or demonstrated at the top of a performance.

Finally, the theater exists as a safe space in that it is an empty space. It is a place that is meant to be filled with people, stories, and songs. The magic of theater rests in its ability to transport us to alternate locales in order to encounter a range of perspectives on the world. The journey and the outlooks can be bleak, as we have learned from innumerable tragedies. But its enduring power emerges from its liveness and the instant community created when folks gather together to jointly witness and share in the telling of a story.

To think of theater as a safe space is to conceive of a theater where folks not only have a right to attend but also to take a turn at sharing their outlooks on the world. It is to celebrate diversity not for the sake of diversity, but to honor the uniqueness of individuals and demonstrate respect for the particularities of their experiences. In a safe theater, there is room for everyone.

Harvey Young
Harvey Young is President of the Association for Theatre in Higher Education (ATHE) and Dean of Boston University’s College of Fine Arts.
END_OF_DOCUMENT_TOKEN_TO_BE_REPLACED