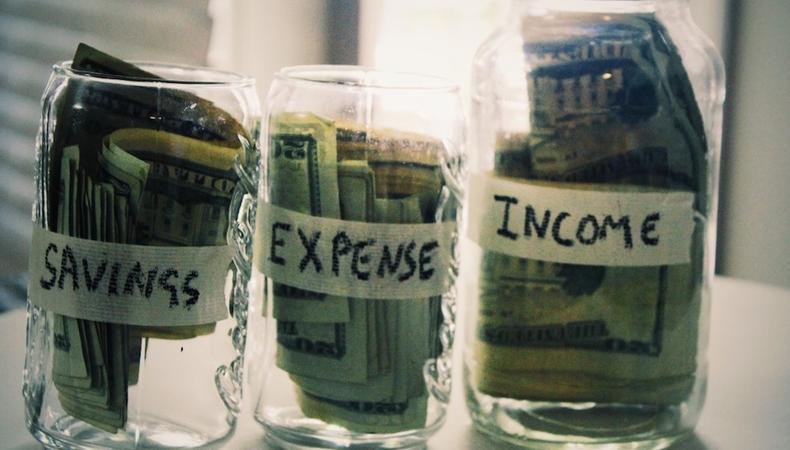 As the founder of Entertaining Finance, an arts-based financial consulting firm, Bailie Slevin knows a thing or two about how money can make or break an acting career. The financial advisor and Backstage Expert—who started her career as a stage manager—stopped by the Backstage offices on May 4 to discuss the idea of cost vs. investment, why taxes can be a big pain for performers, and why you should never finance your own projects with credit cards.

Where actors get it wrong financially.
“I’d say this is highly prevalent in the arts—but also everywhere else—is procrastination. ‘It’s ok that I have credit card debt now because as soon as I book my Broadway show I’m going to pay it off’ or, ‘It’s ok that my rent seems a little bit high now because I’m up for that commercial and that’s going to cover the entire year.’ That justification of overspending now because it’s eventually going to come gets people into trouble because when it does eventually come, they go, ‘Yay I just made $100,000. But I've spent $120,000.’”

The one thing all actors should start doing immediately.
“Start saving now. It doesn’t matter how much. People think, ‘Oh, if I can’t save X dollars, then it doesn’t matter.’ If you start saving $5 a week, that’s $20 a month, $240 a year. It’ll keep growing and you’ll keep saving more. So start saving as soon as you can.”

Also think about the “time value” of money: “How much things cost you over the course of your life and the idea that you can’t get that money back later. Like, I have my giant coffee here that I paid obviously way too much for—at least $5—but the idea is that this $5, yes I’m losing out on spending that $5 or investing that $5, but it’s also all of the money that $5 would have grown to over the course of my life.”

An actor’s worst money enemy is self-imposed.
“Taxes! Taxes and working out your retirement income. Retirement, I look at as a time some point in the future where you have enough money that you can work solely because you love it and the money is irrelevant. As a performer, as an artist, unless you’re in a union, there’s no one else putting aside money for your retirement. So it’s really incumbent upon you to do all of the work. The biggest thing that can bite you in the ass, though, is taxes. We have to save for taxes. When money comes in, if it’s 1099 income, you have to put some of it away. It’s not actually your money…. Sometimes people like to over-save for taxes, that way you create your own tax return. But [the amount you save for taxes] really depends on where your income is coming from.”

READ: What Actors Must Know About Retirement Accounts

Will moving cross-country bankrupt you?
“The biggest issue is when someone moves from New York to L.A., or from L.A. to New York. That transition tends to cost people probably $5,000 more than they think it’s going to. And sometimes they empty retirement accounts to do that, which then comes around to really bite them in the ass at the end of the year when they owe penalties plus taxes on all that money they took out.”

It IS possible to create your own work on a budget.
“Please don’t put it on your credit card. The interest rates you’ll pay on that—it’s not worth it. There’s no way for you to recoup. The first thing you need to do if you’re going to create your own art is come up with a budget. You need to know how much it’s going to cost. And if you can’t do that, it’s actually worth whatever it’s going to cost you to have someone help you do that because no one is going to give you money unless they know how much it’s going to cost. Be resourceful. Look for grants. Crowdfunding is wonderful as long as you really understand what goes into it. When you’re running a Kickstarter campaign, that’s a full-time job. So you want to be realistic about what you’re able to attain with that.”

The difference between a cost and an investment.
“A cost is something that you get instant gratification from, and then nothing else comes of it. [My Starbucks] is clearly a cost. Now, I could justify it and say it’s an investment—if I wasn’t this highly caffeinated, I’d be incoherent. [A coffee meeting, however] is an investment because when I do that, it’s probably going to lead to future growth in my business. At this point in time, comp cards for actors are an expense. I worked in a talent agency and never saw anyone called in off a comp card. However, getting a really high-quality reel that you can put up on YouTube, definitely an investment. People are going to see that.”

To hear more from Slevin, watch the full interview on Backstage’s Facebook page!

Ready to make some money for your retirement fund? Check out Backstage’s ABC casting calls!