There Is No Such Thing as a Meisner, Adler, Strasberg, or Hagen Technique or Method 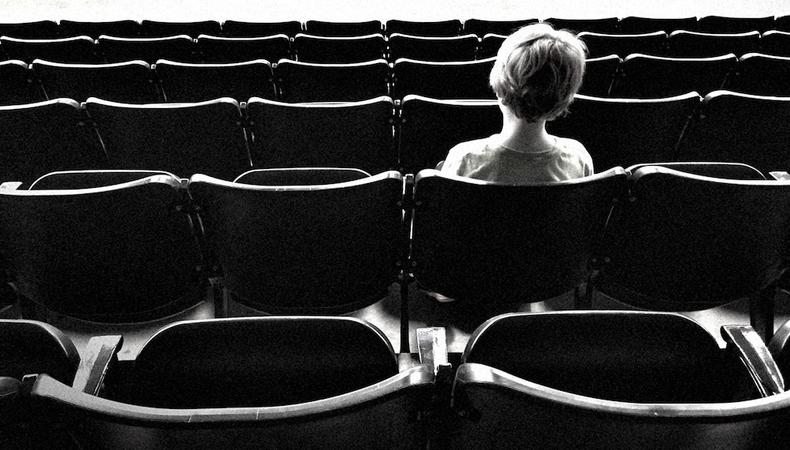 The following comes to us from June Barfield, a Los Angeles-based writer who began her career as an actor in New York. Below, June offers her take on the idea of acting techniques.

There is no such thing as a Meisner, Adler, Strasberg, or Hagen technique or method.

Adler, Lewis, Meisner, Strasberg and, by extension, Hagen, were all members of the Group Theater who each practiced and taught the “system” the Group Theatre had adapted from Stanislavsky and his colleagues. This “system” or technique, from the 1930s to the present, whether consciously practiced or not, is the criterion by which all acting performance is evaluated. These teachers, including the Group Theatre directors Harold Clurman and Elia Kazan, influenced the performances of their students so powerfully that they created the current American acting tradition.

Though they all agreed on what constituted a good performance, they disagreed on how to achieve it. This led to each idiosyncratically inventing their own exercises—derived from the fundamental ideas of Stanislavsky—that would lead to a good performance. But should these exercises be classified as their own techniques or methods? To speak of a “Meisner Technique” or “Strasberg Method” is to not understand the basic, fundamental elements of the technique all of them attributed to Stanislavsky, which, as I was taught by them, expresses the following:

Drama and dramatic performance is a series of actions. In order to try to create a living, behaving person in performance, the actor asks, “What is my character’s action? What does my character want to do in the overall arc of the drama, in each act, in each scene, with each sentence?” The actor states the action with a verb in a simple sentence, such as, “I want to convince.” Further, “I exist in a particular environment, in relation to the objects in that environment, and with my thoughts regarding that environment.”

The current habit of focusing on the idiosyncratic exercises practiced by Meisner, Adler, or Strasberg to the exclusion of the basic, fundamental technique described above has led to confusion and misunderstanding among actors and students of acting.

This false split has misled actors away from learning and practicing the basic technique of Stanislavsky, with the unfortunate result of indicated acting. They seem to no longer be in the habit of playing an action and don’t seem to comprehend the difference between showing the character and participating in the actions of the character. Without the habit of being able to state and perform the action of the character, the actor will be unable to use the technique in performance, at best giving an uneven performance.

The most well-known split of the technique—the Adler/Strasberg “imagination vs. affective memory” dogma—continues without challenge to its possible lack of logic. Actors routinely ask if I use imagination or affective memory when I coach audition material. These same trained actors are unfamiliar with and unable to define or perform a simple action, don’t recognize that a thought precedes the utterance of a sentence, and the word “progression” is unknown to their analysis of the scene they are preparing to perform, all of which should be habitual and is what those teachers would have expected of them.

I’ve heard actors who haven’t learned or don’t comprehend the basic technique make comments like, “Sometimes I use the Method, sometimes I don’t,” or “I don’t believe in the Method (anymore),” or, “I don’t have a method,” or “There is no one way...”, or “I’m a Meisner actor,” none of which they would say if they were able to define the technique.

I look forward to an open discussion of my point of view that the perpetuation of idiosyncratic dogma may have affected talented actors, writers, and directors, and deprived them of the tools to accomplish the full flowering of their talent. I welcome your take on the subject.

June Barfield is a Los Angeles-based writer who began her career as an actor in New York. Her acting credits include “The Dybbuk” at LaMama, “The Trojan Women” (Andromache) and “Under Milkwood” at the George St. Playhouse in New Jersey, and “Two for the Seesaw” and “Othello” (Desdemona) in New Jersey summer stock. She starred as Malke opposite Maurice Schwartz in a Los Angeles production of the Jewish classic “Yoshe Kalb” by I.J. Singer (English version). She also appeared on television in “Search for Tomorrow” and in the film “Why Must I Die.” Her writing credits include: “A Woman of My Age” (adaptation of novel to screenplay), and “Too Close to Home.” She wrote the English adaptation (“Together Again”) of the telenovela “El Derecho de Nacer” for Televisa, S.A., and she was an associate writer for “General Hospital” and “One Life to Live.” June holds degrees in theater from Los Angeles City College and Rutgers University. She studied advanced scene study with Uta Hagen, modern dance with Martha Graham, and was on scholarship under John Houseman at the Stratford, Connecticut American Shakespeare Festival and Academy where she studied with Morris Carnovsky and Phoebe Brand, original members of The Group Theatre.

June Barfield
June Barfield is a Los Angeles-based writer who began her career as an actor in New York.
END_OF_DOCUMENT_TOKEN_TO_BE_REPLACED