8 Things to NOT Do With Your Acting Résumé 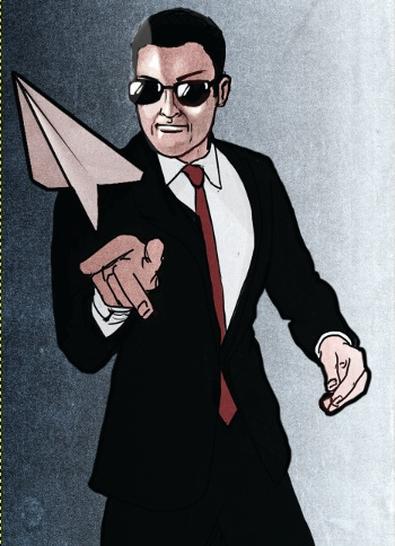 So what’s so hard about writing an acting résumé? It’s a single piece of paper that lists all your credits and training in a format that every actor knows. The process is simple, like making a ham sandwich, but you guys are always screwing it up.

Well, the madness stops now. I’ve been keeping a stack of defective résumés under my desk, and this is the week I drag them out so I can share some of the irritating issues I’m constantly seeing. And I’m going to make it easy. Instead of telling you what to do, I’m going to tell you what not to do:

DON’T use a paper clip to attach the résumé to your headshot—they’ll end up separated, just like Honey Boo Boo’s parents. (Am I the only one who didn’t see that coming?)

DON’T write “experienced actor” under your name when you have no professional credits.

DON’T forget to include your contact information. I’m always stunned when actors hand me pictures and résumés with no phone numbers or email addresses on them. This level of stupidity is mind-boggling. But who knows? Maybe that behavior is the manifestation of a deep-rooted, self-destructive impulse that resides inside all performers. (Can you tell I’m dating a therapist?)

DON’T list your manager’s contact information in place of your own. Sometimes agents prefer to contact actors directly. And what if I don’t like the manager you’re working with? In that case I’m not going to reach out to that person, and you haven’t given me a way to contact you directly, so it’s game over, man.

DON’T use the metric system. The last time I did a workshop, an actor handed me a résumé that listed her height as 152 centimeters. Instead of watching her scene, I spent the next few minutes trying to translate centimeters into inches and feet. (If you love the metric system so much, go to Russia.)

DON’T list your film and TV credits as Film-TV. They’re two separate categories and should be written up that way, even if you don’t have that many credits. Trust me. Turning them into one category doesn’t make your résumé look fuller; it just makes it harder to read.

DON’T lie on your résumé. Actors do this all the time and they always get caught. If you claim to have booked a guest star role on “NCIS,” it stands to reason you would have footage from the show on your reel. If you don’t, I’m going to ask why. And that’s where the lie will start to fall apart. (My office has a special prison cell for actors who lie on their résumés. The state grants me the right to hold them for 30–60 days at my own discretion. I believe there are two actors there as I write this column. Boy, I hope my assistant didn’t forget to feed them.)

DON’T be general about your special skills: Be specific. For example, growing a beard is not a skill; my grandmother can do that. But growing a full beard in less than a week is indeed a special skill.

I hope these tips have been helpful. There are plenty of hurdles for you to overcome in this business, so there’s no reason to create your own. That’s why a simple, honest résumé is always the best way to go. (Unless you used to work for Lehman Brothers, but hey, those cats dug their own graves….)