6 Things Actors Can Learn From Children 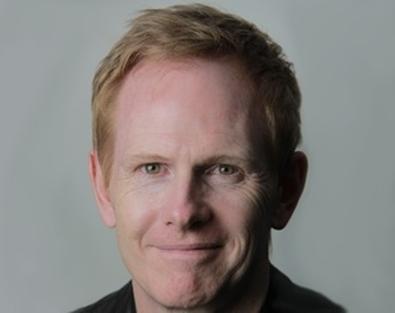 Be more childlike in your approach to acting, and you will soon enjoy and be much better at what you are doing, which is what play(s) is all about after all.

1. Kids Cry About Everything. If a child doesn't get their way, the tears aren't far behind. Add a little hunger or diaper rash to that recipe, and we are talking hair trigger. Children use their emotions to get what they want. As long as their parents are in charge of the purse strings and the dinner menu – which can now stretch well into early 30s for some – a few sniffles or a tantrum go a long way. This is pure instinct. Cry, you might get something.

This unadulterated – unfettered by adults – access to manipulative emotions is something that many actors must completely re-learn, but re-learn they must. If you don't really feel it, you're faking it. Now, combine the power of pure emotion with the treachery of adult subterfuge, and you've got entertainment!

2. Kids Don't Ask Questions. Kids don't think about what they are doing. If you ask a bunch of children to pretend they are on a pirate ship, they will build that ship and then live on it and they will believe it. They have never been on a ship in their lives, and yet somehow they know who's going to be the captain, who will be the cook, and who will be the lookout person. They will build that ship out of pillows and beds and couches and cardboard boxes.

Acting is not about being right or wrong. Acting is about giving it everything you have and committing to whatever it is you're doing. If you do that, you can never be wrong.

3. Kids Do Their Best. When it comes to imaginary play activities, kids try really hard. They know that to have fun, they have to become immersed in whatever they are doing. If you are playing cops and robbers, it's just not fun without commitment. The little cops feel pride in their jobs, and the little robbers are already thinking up ways to spend their loot.

Adults often don't try until they decide they like something, and of course it is hard to like something when you are not giving it your best.

4. Kids Aren't Scared To Be Heard. When kids are left to their own devices, they make a lot of noise. They have to be told to be quiet all the time. That's because they just go at the volume that feels right for what they're doing.

5. Kids Have to be Told When to Stop Playing. Kids will never stop playing unless we make them. They would go without dinner and play into the dark of night if their parents let them. They don't see work and being productive as any kind of goal. They see being creative and having fun as their ultimate goal. They are only concerned with enjoying the moment they are in. They are not worried about the future and are not thinking about the past.

Actors rarely practice their craft enough to be really good at it because they see it as a chore or work. See it as play, and you'll be desperate to find time for rehearsal and memory work.

6. Kids Don't Sweat the Small Stuff. Kids see the big picture. When its playtime, they concentrate on playing, not whether they have the best equipment. They don't worry about the weather or the color of their clothing or if their friend has nicer shoes than they do. They just concentrate on doing this thing that they are doing.

Adults start worrying about things that will have little to no effect on what they are doing because they have allowed themselves to be convinced by the media and their peers that it is very important to have the right equipment, to be wearing the right color clothing, and to have the right shoes. Otherwise somehow they will not be able to play the game. That's all in your head. Get out of your head and into the game...or scene.

David Patrick Green is a professional actor and the founder of Hackhollywood.com, a membership-based website dedicated to empowering and educating actors around the globe on how to become a professional actor. His simple, five-step approach inspires actors to be ruthlessly creative in their approach to the art and business of acting and life in general. Mr. Green has an MBA from the University of Southern California and was an international management consultant before realizing Platinum frequent-flyer status had few rewards other than boredom, bedbugs, and beer. His earlier reincarnations include working as an advertising account executive in Warsaw, Poland and he is still kicking himself for leaving the French Alps where, among other things, he taught skiing to European royalty and often simultaneously) tasted fine French wines. He has lived and worked as an actor in Los Angeles, Vancouver, and Toronto and coaches/consults to actors and businesses who want to get on the short path to success while maintaining a sense of humor. He can be reached at [email protected].