5 Things Actors Can Learn From Comedians 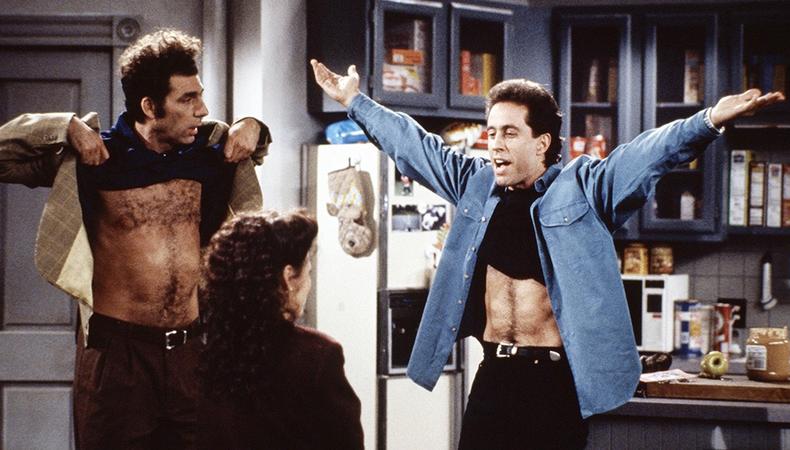 Tell someone you’re a comedian and they’ll undoubtedly reply, “Wow. I could never do that!” Then they might say, “Tell me a joke,” to which I usually respond, “Comics tell jokes. I’m a comedian, not a comic.”

Comedians see humor, characters, and irony everywhere, and bring reality and vulnerability to the stage. They relate everyday situations and, like actors, comedians are full of emotion that draws you in. This means that there are a few things actors can learn from the similarities—and differences—between themselves and comedians.

1. Comedians have more performing options.
Unlike actors, comedians are not focused on auditioning and being cast in something that requires the agreements of dozens of people (or even an entire network). There are stages and open mics all over town. At a live venue, only a few need to agree. Then, it’s stage time and anything goes: exploring opinions, feelings, traumas, stories. No need for makeup, wardrobe, scene partners, or a cast.

The ability to do standup can help an actor to know themselves better and become stronger at other forms of entertaining (e.g. talks shows, corporate presentations, hosting, etc.). When casting calls for actors to be “real,” comedians have the advantage because realism is their practice. They never ask, “What’s my motivation?”

Everything You Need to Know About Becoming a Standup Comedian

2. Comedians are forced to listen for feedback.
Comedians work off of audience reactions and use that feedback to help write and edit their show. Everyone likes a good listener for the same reason: they are present. Being present keeps us connected so we know when to push the limits of the moment. Comedians make split-second decisions to say things to get a reaction or reveal material that will affect the audience. Comedians who don’t listen are not working. Actors also listen, but it’s to the other actors in the scene.

3. Comedians know how to find the humor in a script.
Comedians understand what a joke is and where it is in a script. This skill enables them to either deliver the punchline or play it straight and deliver the set-up, allowing another actor to get the laugh. For example, Jerry Seinfeld played straight to everyone in the “Seinfeld” cast, setting them up for the laughs.

Yet it’s difficult for some actors to identify the sometimes-subtle “set-up vs. punchline” moment. To do so, they need to understand their motivation on how to read a funny line, such as understatement, misunderstanding, and exaggeration, to name a few.

4. Comedians are less intimidated when going in for an audition.
Comedians face judgment all the time. Audiences constantly stare them down with that demanding “make me laugh” look. Actors, on the other hand, take classes to learn how to audition. But then when auditioning, they’re faced with two challenges: the “on-the-job training” of auditioning properly and pressure to book the part.

A comedian already knows how to walk into a room and make eye contact, acknowledge the crowd, and deliver the material. (Hopefully, they also know how to act!)

5. Comedians act onstage and arc their performances.
When a comedian is emotionally connected to and emotionally flexible with his material, it makes for an entertaining performance—a rollercoaster ride of emotional ups and downs.

This emotional flexibility is similar to what actors call an “arc” for a character or scene. Actors find nuances in character portrayal and can often transform the inner journey of a character over the course of the story. Standup comedians have an inner journey as well and can arc an entire performance, e.g. they start out insecure, bait the audience, tell the joke, get the groan, share a serious unfunny moment, apologize, humorously self-deprecate, then tell more jokes, solicit forgiveness, and thus create relationships. Skilled comedians know it’s better to humble themselves to keep the crowd in their favor. Having this flexibility—or arc—in their performance keeps the comedian in control of the show.

Whether a comedian or an actor, we strive to entertain with some version of ourselves. Hopefully, people will like us, hire us, and remember us. But wanting to be liked is the wrong goal. It’s not under our control. So whether comedian or actor, set goals you can control, like facing your fears, exploring your emotions, and feeding your curiosity.

Ready to get cast? Check out Backstage’s comedy audition listings!