Acting Coaches’ 5 Things That Won't Book You the Job 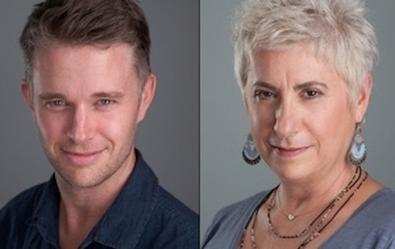 At this very moment your head is conspiring against you. It's having secret meetings in undisclosed locations designed to map out your epic downfall. It hopes to undermine your most meaningful dream and sabotage everything you've been working towards. Why is your head interested in your destruction you ask? One reason: You have an audition tomorrow.

Yes, that's all it takes. A casting director clicks your headshot, leading to an email from your agent telling you where to be and what to say tomorrow, and your head sounds the alarm, goes to Defensive Condition 4, and turns on you. But before we vilify your head, let's live in compassion and have some understanding. Your head has taken a solemn vow to make sure that you're safe and comfortable. It logs all your past experiences and then calculates how you can stay safe in the future. This dutiful security guard is looking at your past auditions, the lack of safety nets, the huge potential emotional consequence, and the fact that booking the job is directly related to your self-worth…and it goes insane. What that looks like practically is that it desperately tries to control the outcome of your audition. It looks for anything that might prevent you from being emotionally wounded. It looks for the math. But of course there is no math in this process. Still, that doesn't stop your head. Instead of letting go, leaning into the vulnerability, and allowing yourself to be fully affected by the scene and the reader, your head focuses on things that don't really matter. Here are five things you're focusing on right now that have nothing to do with booking the job.

1. The Lines. Of course you have to know your lines. You want to be respectful to the writer (who might also be in the room listening to you speak the words she toiled over for ten years or ten straight hours). The lines are the spark that ignites your artistry. The script and sides move you and inform you. But the hyper-focus on getting the lines perfect or right and the self-loathing that happens when you drop one line or miss one word is not the behavior of an artist. Desperately clinging to being word-perfect is an act of trying to control the outcome and spare your feelings—the very feelings you need to feel to move the casting director, director, or producer to cast you. It is choosing control over artistry.

2. Stage Directions. The stage directions are not Google Maps directions that lead you to the front door of success. Following every teardrop, handshake, and head tilt outlined in the script—just just cause it says so—will not secure you the job. It will only serve to dull that which is unique to you. Artists know that the relationship, your emotional life, and what you want from the reader are most important.

3. The Outfit. Wardrobe designers know that the right wardrobe can inform an actor and add a lot to an actor’s emotional life. Wardrobe can also change an audience’s perception of you. But real actors play the scene. Not the outfit. That goes for outfits of both style and utility. Whether it's your super-cute boots or the lab coat you think will show them you're a doctor, you run the risk of making it about the outfit and not the relationship, your emotional life, and what you want from the reader. If the boots make you feel a certain way that adds to your choices, consider wearing them. But the boots, the jacket, the coat, etc. won't get you the job. In fact, if you've made a point of wearing the clothes to "show" the casting director that you're cute or sexy or a doctor or a judge or whatever, there’s an inherent focus on the external. They know you're reading for a doctor and they know that they'll hire a wardrobe team that will fit you into a really official-looking lab coat if it's necessary. You don't have to remind them.

4. Props. Don't bring in or use any other props other than a phone or a bottle of water, and if you have to use those, use them sparingly. Once again, the use of props is often an example of the desire to show the casting director that you're following the directions in the script. This is artistry, not "follow the leader.” If it says, "he raises his gun," you don't have to bring in a fake gun or even mime a gun. What if you just stood there, hands at your sides, eyes locked, with an active point of view about your reader and said the line, "Make one more move and you'll regret it"? Would that be wrong? No. It’ll be incredible if you’re connected to your reader and your strong point of view. Remember, they have every intention of having their property department outfit you with a firearm and even train you in how to use it! Your head sees a direction and wants to follow it because it thinks that's the way to do well. Your head is wrong.

Same goes for miming. No need to mime. It always looks like miming and draws focus from everything else that really matters.

5. Invisible People. Even if you have lines directed at five different people, don't expend valuable energy carefully placing each of them on various walls and dutifully remembering to look at that spot on the wall for each line. It doesn't matter. The goal is not to show the casting director that you're talking to five different people. She read the scene. Plus the casting folks have provided a reader for you. Sure, sometimes “Siri” has more charisma than the reader they provide. But either way, the human being sitting opposite you is who you have to talk to and move on an emotional level. If you've got one off-camera line to the waiter ("check please!") feel free to send the line away from the reader, but for the most part just focus on trying to connect with your reader.

Focus on what you want in the scene, who you’re talking to, what you believe, and how you feel, and everything else—the props, the wardrobe, the stage directions, etc. don’t matter if you move your audience (the team) on a personal, emotional level. You can be that one of 40 actors to walk into the room and do the real work—the work that will grab their attention and engage them fully. How great is that?

Risa Bramon Garcia (casting director, director, producer, and teacher) and Steve Braun (actor, coach, and teacher) are partnered in a studio for actors, The Bramon Garcia Braun Studio, dedicated to actors’ whole journey. New career changing classes and summer workshops are happening now! Fall classes are on the schedule. Career and audition coaching and taping are in full swing. For more go to www.bramongarciabraun.com.

Risa Bramon Garcia
For the past 40 years, Risa has worked as a director, producer, casting director, and teacher. Having directed two features—including “200 Cigarettes”—she has also directed for TV and dozens of plays in New York and Los Angeles. Her casting résumé includes more than 80 feature films and shows, and includes “Desperately Seeking Susan,” “Fatal Attraction,” “JFK,” “The Joy Luck Club,” “The Affair,” “Masters of Sex,” and the original “Roseanne.” She is a founding partner of The BGB Studio, known for revolutionary acting training.
END_OF_DOCUMENT_TOKEN_TO_BE_REPLACED

Steve Braun
Steve Braun is an acting coach, teacher, and communication consultant, drawing on years of acting, Buddhist practice, and martial arts training to help his clients discover and express their unique emotional truth. When he pursued an acting career, he starred in movies, was a series regular many times, and guest starred on numerous TV shows. He is a founding partner of The BGB Studio, known for revolutionary acting training.
END_OF_DOCUMENT_TOKEN_TO_BE_REPLACED