3 Things to Focus on During On-Camera Auditions 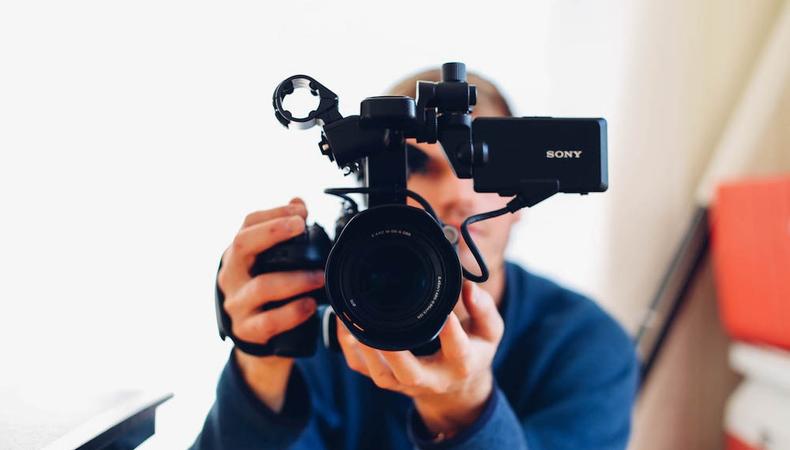 A winning audition has the feel of an intimate conversation. The actors who routinely book roles are the ones who do nothing more in the room than open their mouths, speak, and listen. This simplicity is achieved by having a way of preparing that enables them to go so deeply into themselves and the material, that the role and the actor become one.

With so many auditions being put on tape these days, this simplicity and clarity have now become essential—every actor needs to know how to work in a very personal and specific way.

You and your work need to reach out from the camera and draw the viewer in—you need to be the actor on the reel that they feel they have to watch.

We see many actors who work in a generic and nonspecific way that rings false—especially on tape. Their work doesn’t reach out from the camera and engage the viewer so much as it overwhelms the camera and looks like bad acting. These actors show they’re not ready for the job because they have no idea how to be appropriate for the camera much less use it to their benefit.

Here are three things you can focus on that will help make your next audition, on-camera or not, more honest and compelling:

1. Listening.
Film and television are primarily about images, not words. Before sound, stories got told, not through dialogue, but through the expressions on the faces of the actors. Even with sound, this is still true to a great degree—especially in auditions. Your reactions, the life behind your eyes and on your face, will have just as much, if not more, to do with you getting the job than your reading of the words. When you take the time in your preparation to personalize the relationships of the piece and then take the time in the reading to connect and react to those relationships, you are alive with all dimensions of your humanity. It is often said that words can cover the truth, but the eyes never lie. Listen well and we’ll see your soul as well as the soul of the character.

2. Stillness.
When auditioning in front of a camera, stillness is essential, but without proper consideration of the body, stillness can turn into stiffness and the actor can appear frozen. Working actors have a look of energized stillness in their auditions. They have explored their choices for their physical as well as their emotional properties, and they know the associated physical sensation of every choice.

When your choices are felt in your body as well as your mind and heart, you will be connected on all levels. There will be an actual current of energy running through you. This is the electric stillness that embodies the entire character and really pops on camera.

3. Living in your moments.
Great film/television actors don’t give back an experience or emotion until it has run through their entire being. They feel everything fully in their mind, body, and heart observing the color, shape, and texture of their emotions so that when they give them back to the world through their work, they are fully formed and completely human. These actors create moments so specific and singular that we can’t imagine the role without them. Great acting and great auditioning require this degree of emotional exploration as well as the willingness to live fully in the resulting moments.

Sometimes we will see an actor auditioning who has made a very personal choice, but because they don’t take the time to live in it, the moment is too fleeting and the choice doesn’t stick. Working actors know where their job-getting moments are—they feel them organically. They know which color, shape, or texture of each choice resonates most strongly, and how could they not—the choices are completely wired into them. And when a choice is fully realized in your mind, body, and heart you’ll know exactly how much time and space the choice needs to make the job-getting impact you need it to.

Remember, you can’t have a job-getting moment without first taking a moment.

An on-camera audition is a great test of your honesty and skill as an actor. If you are telling the truth in the most interesting and compelling way we’ll see the character as a person—three-dimensional and vibrant. If you are also a great listener, if your stillness is energized and alive, and if you’re confident enough to take your moments, we’ll see the actor we have to hire.

*This post was originally published on Feb. 10, 2014. It has since been updated.

Craig Wallace
Craig Wallace is the creator and award-winning teacher of the Wallace Audition Technique, an audition preparation system that he developed based on his years of experience as a studio executive, talent agent, and casting consultant.
END_OF_DOCUMENT_TOKEN_TO_BE_REPLACED