4 Things You Must Do to Make It as an Actor 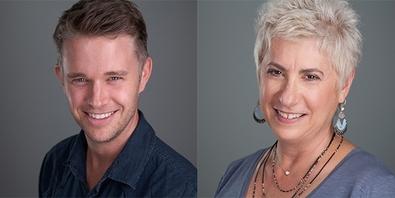 Awards Season. Strategically scheduled before and during pilot season to offer a ray of hope to the myriad of actors scratching and clawing their way through the darkness towards a role in a pilot. The dresses, the speeches, the opportunity to see someone drenched in the kind of validation that we all dream of receiving from our peers—it reminds you why you’re struggling to get yourself an agent, or why you’re trying to get your agent to call you back. It reminds you why you didn’t go to law school or why you’re suffering the deafening indifference you get from the business. It makes you think that the dream is possible.

But dreams can be sneaky. You can get lost in a dream and forget about the here and now, forget about the heavy lifting it takes to actualize a dream. Truth is, making it in this business on a level that many of the people at those awards shows have made is really difficult—almost impossible, even. So many of the current patterns in your life will probably have to change to give you any hope of hitting those heights. Here are four things you’ll have to do to make it.

1. Deal with your fear. Everyone’s afraid in this business, actors and everyone else. Nothing is certain, no one has the answers, and very few people are willing to put themselves out there enough to truly be seen. No one wants to deal with the profound heartbreak of being told by a casting director, a network executive, or all of America that the art they created was crap. But that’s what it takes to make it. You have to push past the fear. And that starts with taking a fierce inventory of what your fear is and where it guides you. Sometimes it’s laziness, sometimes it’s working too hard on the wrong thing. Either way, you have to know where your fear is sabotaging you, and chances are it may be really hard to see. Where you’ll find it is in the patterns of behavior you’re currently following that keep leading you to the same place. What you want to do—making it big in this business—is going to require a serious disruption to your current patterns of behavior. To find yourself in a profoundly different place than you are now, you’re going to have to change profoundly. You’ll have to learn to deal with your fear.

2. Kill your entitlement. The sooner you realize that the business doesn’t owe you anything, the better. You’re not owed a part on a show. You’re not owed a good reader. You’re not owed an agent who fights for you. This isn’t a cynical way of looking at things; it’s releasing anyone else but you of the responsibility of making things happen. When a reader doesn’t give you anything, you can choose to use that as an opportunity to work harder in the scene and try to affect her, or use it as an excuse for why you didn’t book the role. Your lack of an agent can make you while away the days in coffee shops, spewing bitterness about the business to anyone who’ll listen, or it can make you write, shoot, and distribute your own content. One gets things done, the other does nothing at all. Entitlement is death in this business. The business can’t ever give you everything you want. That’s not the nature of it. It is a wild beast that can’t be tamed. Believing that the beast owes you anything will only cause you pain and keep you from your goal.

3. Be insanely talented. Sounds obvious, but many actors don’t put the overwhelming majority of their focus on actually getting really good at acting. You can spend time trying to find a way to get to the best agents, or doing all the casting director workshops trying to impress, or trying to figure out what type or brand you are. Or you can spend time doing as much theater as you can, working out in class, shooting your own scenes, and taking every opportunity to explore deeper parts of your craft whenever and however you can. In order to play with the big kids, you’re going to have to be really, really good. And while perhaps certain people are born with a deep and accessible emotional life, talent is not fixed. It’s not something that you either have or you don’t. Most of the actors you’ll see on those awards stages really sucked at one point in their careers. But they worked at it, over and over again—exploring deeper, discovering more, and growing as a result. It’s not about where you’re at right now; it’s where you’re growing to. You must always be pursuing growth as an actor. If you think you’re where you need to be, you’re wrong. Dig deeper, go further, get better. This is the Olympics of acting and in order to compete, you’re going to have to be in better shape than virtually everyone else on the planet.

What you’re trying to do is be one of the handful of actors on the planet that get paid an insane amount of money, enjoy immense creative freedom, and receive an avalanche of attention because they act. In order to be anywhere near that group, you will have to shed even the tiniest thread that creates the smallest amount of wind resistance and holds you back. Your fear will have to diminish, your talent will have to increase, and you’ll have to love the craft of acting. And be always willing to let everything go in the interest of going back to the craft. Nothing short of a revolution will have to occur. And it’s doable. If you’re willing to do what it takes.

Visit us at today at The BGB Studio for new, career changing classes and our online training!

Risa Bramon Garcia
For the past 40 years, Risa has worked as a director, producer, casting director, and teacher. Having directed two features—including “200 Cigarettes”—she has also directed for TV and dozens of plays in New York and Los Angeles. Her casting résumé includes more than 80 feature films and shows, and includes “Desperately Seeking Susan,” “Fatal Attraction,” “JFK,” “The Joy Luck Club,” “The Affair,” “Masters of Sex,” and the original “Roseanne.” She is a founding partner of The BGB Studio, known for revolutionary acting training.
END_OF_DOCUMENT_TOKEN_TO_BE_REPLACED

Steve Braun
Steve Braun is an acting coach, teacher, and communication consultant, drawing on years of acting, Buddhist practice, and martial arts training to help his clients discover and express their unique emotional truth. When he pursued an acting career, he starred in movies, was a series regular many times, and guest starred on numerous TV shows. He is a founding partner of The BGB Studio, known for revolutionary acting training.
END_OF_DOCUMENT_TOKEN_TO_BE_REPLACED