5 Things You Need To Know About Your Agent and Manager 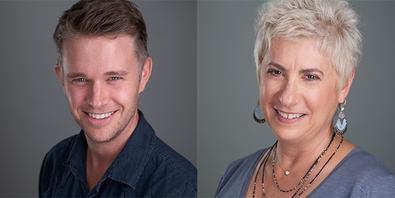 Conventional wisdom suggests that you need an agent and/or manager to make your acting dreams come true. They sign you and introduce you to casting directors who then introduce you to the decision-makers, and the result is champagne and red carpets. Well, conventional wisdom is all kinds of wrong. Agents are human beings with human limitations who require some understanding. Whether you're looking for an agent and manager or looking to better manage the ones you have, here are five things to know about your representative. (By "agent," we also mean manager in the following article.)

1. Your agent is in business. So, you're an artist who's in it for the art. Fine. But William Shakespeare and every other artist must balance art with finance. Each informs the other, and each is necessary. Your agent is no different. Vilifying them because they're trying to make money and put their kids through private school gets you nowhere. It doesn't make you more of an artist or get you closer to working with great artists. You need to accept the fact that your agent is trying to make money and figure out a way to make you easy to sell. And if you’re not the commodity they can sell, it’s not personal; it’s business. Your job is to be the actor who has the undeniable force of a flourishing artist. You will become that “got-to-have” commodity.

2. Your agent is not here to save you. Actors can suffer from "Knight-In-Shining-Armor Syndrome." Symptoms of this include thinking it's your agent's job to dust you off, polish you to a brilliant shine, and escort you to the promised land. It is the belief that your agent does all the work. Inherent in this thinking is the thought that there’s someone or something outside of yourself that has the power to make all your dreams come true with little effort or output from you, and once you find that person, you'll be rich and famous. This is insanity. These days, getting an agent doesn't mean you'll ever have an audition, and it certainly doesn't mean that you won't have to do most of the work in the relationship. Spending one minute of your time waiting for your agent to call is time wasted.

You have to train, write/shoot/produce/direct your own material, put up a play, and put yourself out there. These days you have to work harder than your agent. You have to be training in class consistently, creating your own material constantly, and doing whatever you can to engage with other artists. You have to give your agent the tools to sell you. Relying upon anyone other than yourself is death. Giving up your artistic and professional responsibility to an agent is a grave error that too many actors make. Do the work and make your agent catch up with you.

3. Your agent is cheating on you, and that's OK. Yes, your agent has other clients. Deal with it. Your agent would go hungry if they only had you as a client. They have to widen their reach in order to give themselves the best shot at making a living. Moreover, part of the charm for them is that they have a dynamic group of different actors with different needs and different talents who allow them to explore different parts of the industry. So when your phone call isn't returned right away, know that there are 20 other actors who are also demanding a call back. Checking your phone every 10 minutes is like waiting for the guy you dated the other night to call. That never pans out. Rather than stew about it and talk yourself into a paranoid delusion, go write a scene and shoot it. Go to class. Address your artistry.

4. Your agent doesn't speak your language. Chances are your agent isn't in a weekly acting class. They spend their evenings trolling the computer till midnight, hounding casting directors and trying to get you in the room. While many agents have great instincts about actors, they may not speak a language that suggests that they understand your process. So, don't expect them to. When they offer a note about performance that might seem insensitive, don't take it personally. Translate it into a language that helps you grow as an artist. And if it's not helpful, chalk it up to a subjective opinion. Also, keep in mind that agents spend 10 hours a day on the phone trying to turn a “no” into a “yes.” They're doing and saying anything they can to get you in the room. When you call to talk to them in the middle, don't expect them be able to pull down the walls and talk to you like the vulnerable artist that you are.

5. You agent has feelings too. Remember how crushed you were when you tested for that pilot, were the Network’s first choice, but they gave it to that name actor at the last minute? So crushed. Well your agent was crushed too—and that was probably the fourth time that same thing happened to one of his clients this pilot season. They talked each of those clients off the ledge just like they did for you while at the same time closing deals for clients who did book pilots, and selling their development level clients to studios who are inundated with pitches. They're holding it together, but they're ready to crack.

Your agent is a person. They have emotional and financial needs that inform how they conduct themselves. They believe in you but they're not responsible for your happiness or your success. Their greatest thrill is when you book a job. Their greatest disappointment is when you don’t. But believing that they live to make your dreams come true shirks your responsibility to work tirelessly on your craft and gives up your power. Choose to believe that it's all got to come from you—the work, the marketing, the mindset, etc. It's when you stop chasing your agent (any agent) and take control of your work and your career, that the agent starts chasing you.

Risa Bramon Garcia (casting director, director, producer, and teacher) and Steve Braun (actor, coach, and teacher) are partnered in a studio for actors, The Bramon Garcia Braun Studio, dedicated to actors’ whole journey. New career changing classes and summer workshops are happening now! Fall classes are on the schedule. Career and audition coaching and taping are in full swing. For more go to www.bramongarciabraun.com.

Risa Bramon Garcia
For the past 40 years, Risa has worked as a director, producer, casting director, and teacher. Having directed two features—including “200 Cigarettes”—she has also directed for TV and dozens of plays in New York and Los Angeles. Her casting résumé includes more than 80 feature films and shows, and includes “Desperately Seeking Susan,” “Fatal Attraction,” “JFK,” “The Joy Luck Club,” “The Affair,” “Masters of Sex,” and the original “Roseanne.” She is a founding partner of The BGB Studio, known for revolutionary acting training.
END_OF_DOCUMENT_TOKEN_TO_BE_REPLACED

Steve Braun
Steve Braun is an acting coach, teacher, and communication consultant, drawing on years of acting, Buddhist practice, and martial arts training to help his clients discover and express their unique emotional truth. When he pursued an acting career, he starred in movies, was a series regular many times, and guest starred on numerous TV shows. He is a founding partner of The BGB Studio, known for revolutionary acting training.
END_OF_DOCUMENT_TOKEN_TO_BE_REPLACED