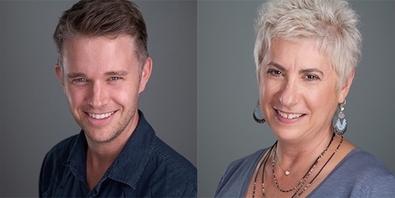 These things have all happened, some more times than others. But it’s pretty crazy how our better judgment goes out the window when we put ourselves in the context of an audition room. We think we have to “help it up.” Here are some “don’ts” for auditions. And while we don’t like focusing on the negative, you’ll get the gist of why these are behaviors to leave out of the work…

1. Don’t pull a weapon. Ever. Not even a fake gun or rubber knife. It’s never about the weapons. And P.S. It scares people. Audition killer.

2. Don’t chew gum. So unless the role calls for some serious gum cracking, spit it out before you walk in.

3. Don’t smoke. Not tobacco, herbal cigarettes—no smoking at all. And no need to mime smoking or use an unlit cigarette. Even if the scene calls for it. Whatever it is about the scene that motivates smoking is what you should consider, not the act of it. You can smoke on set or stage if that’s ultimately desired. (Note: I have seen actors make a small rolled joint work, unlit. Someone recently did that and got the part. Just don’t light it. We’ve also seen an actor light up a real joint. Didn’t get the part.)

4. Don’t throw your keys and phone and sunglasses on the casting director’s table or desk. Now matter how friendly the room (and ours is pretty warm), it’s better to keep some personal space.

5. Don’t shake hands first, unless someone extends a hand. Germs, sweaty palms—unsanitary and uncomfortable. That’s the truth of it.

6. Don’t mime unless you’re playing a mime. It focuses us on the fake gesture, the invisible items, and that distracts us from the wonderful work you may very well be doing. Even a pretend handshake; it’s not real and it undermines your work.

7. Don’t hit, spit at, or attack the reader. No fun for us, or a fellow actor reading, to go home with bruises. Been there.

8. Don’t kiss the reader. Or get too close. Definitely find the intimacy of the encounter, but keep a professional distance. Also…it’s way better for camera.

9. Don’t use props unless you absolutely need them and can make them work. On the day there will be a professional prop department to take care of that. Today, keep it about you and the reader.

10. Don’t ask to start again when you’re almost at the end of the scene. Nobody cares if you make a small mistake. You move on, we move on. And if they do care, you’ll get another shot. That said, if you’re not in it early on, certainly start over—without a fuss or apology.

11. Don’t apologize. About anything. If we had a dime for every apology…

12. Don’t toss your sides into the trash as you walk out. Wait till you get outside the room and then toss with abandon.

13. Don’t flee from the room as if you’ve done something awful. It undermines the good work you’ve done. Take a moment to say goodbye with grace and sincerity. It keeps us connected to you.

It’s all about the work. Nothing you do to augment your audition or feed your anxiety will serve you or the strong work you’re about to do. So shed the trappings and bring in your core, authentic self. We always appreciate it and are able to see you (and the writing) with far more clarity. And we will experience what’s most important together—the work.

Risa Bramon Garcia
For the past 40 years, Risa has worked as a director, producer, casting director, and teacher. Having directed two features—including “200 Cigarettes”—she has also directed for TV and dozens of plays in New York and Los Angeles. Her casting résumé includes more than 80 feature films and shows, and includes “Desperately Seeking Susan,” “Fatal Attraction,” “JFK,” “The Joy Luck Club,” “The Affair,” “Masters of Sex,” and the original “Roseanne.” She is a founding partner of The BGB Studio, known for revolutionary acting training.
END_OF_DOCUMENT_TOKEN_TO_BE_REPLACED

Steve Braun
Steve Braun is an acting coach, teacher, and communication consultant, drawing on years of acting, Buddhist practice, and martial arts training to help his clients discover and express their unique emotional truth. When he pursued an acting career, he starred in movies, was a series regular many times, and guest starred on numerous TV shows. He is a founding partner of The BGB Studio, known for revolutionary acting training.
END_OF_DOCUMENT_TOKEN_TO_BE_REPLACED