Things Take Time: A Pep Talk for the Down and Out 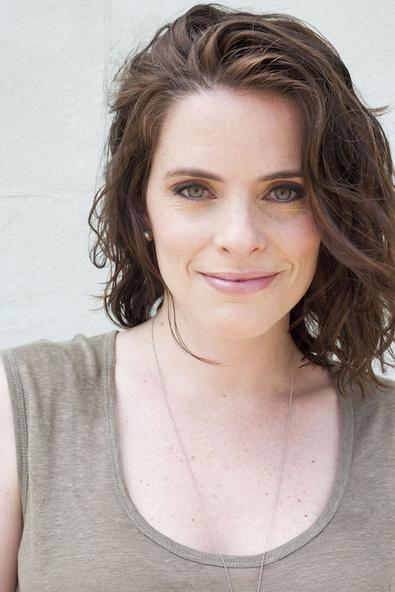 Life as a performer: There’s nothing more exciting in this world than living your true calling—unless you’re not working.

We’ve all been there, right? I mean, what’s worse than going to a family function and hearing the question, “So, what show are you in right now?” Or a party in the city and someone asking, “What have you done that I’d have heard of?” It’s enough to drive you straight into bed with Netflix and a box of donuts, right? OK, maybe that’s just me. Anyway…

My point is that it’s so easy to be discouraged—especially when you’re hitting every audition you can and just not booking anything, despite being prepared, auditioning well, and following up. Friends, you’re not alone in this feeling, so here are three little words to remind you it’s all going to be OK:

We live in the days of instant gratification. We are conditioned by reality TV and ridiculously high self-expectation to believe that success only comes in the overnight variety. This is simply not true. Reality TV is not real. Just as it is not actually common to graduate from college, sign with Abrams, and book your first Broadway show in your first six months in NYC. Do these things happen? Sure. But should you expect it and hate yourself when it doesn’t happen? No.

Star quality takes time. We forget that developing a skill takes years—and becoming truly great at that skill takes even longer. Guys, not only is it acceptable to perfect your craft over (lots of) time, but it’s a chance to grow your credibility. And more often than not, it’s during those years of training, auditioning, failing, and sweating, that you will develop your character, grit, and unique style. This is such good news! Every experience you have along the way will inform your future choices onstage. Because while you’re chipping away at your masterpiece, you’re building an arsenal of real, authentic feelings. Hurt, pain, joy, determination, spirit—all of it! Use that sh*t! And then heads will turn as they say, “Whoa. That was deep.” BOOM! Gig.

Relationship building takes time. How will a casting director know if you are consistent if they’ve only seen you once or twice? Why would an agent take you on if you have nothing on your résumé? Anyone can come to NYC or L.A. and pound the pavement for six months, then turn around and go home. If you stick around long enough, people will know you mean business. They will see your growth. They will take an interest in you. And soon they’ll be saying, “Oh, I remember when (insert your name here) first started auditioning for me. What a dynamic actor they’ve become. And look at all this work they’ve done around town.” BOOM! Gig.

Recognition takes time. Eleven years ago I met Rachel Platten at my gym in Gramercy. We used to take group fitness classes together. She was pounding the pavement every day, playing her music in crappy bars on the lower east side to 10 people at a time. Sometimes I’d see her and she would be feeling discouraged at the lack of response to her music. Other times she’d be flying high from an amazing gig she played the night before. But no matter what, she knew what she wanted. She toured. She played with cover bands, left New York to tour her own music, and came back again. And she wrote and wrote. Finally in 2015 she signed with Columbia Records, and “Fight Song” went double platinum. And “all of a sudden” she’s singing onstage with Taylor Swift and forging the life of a total star. But, my friend, just because you hadn’t heard of her until last year doesn’t mean she hadn’t been working her a$$ off for 10 years before that. It was the grit and determination in her heart that led her to write “Fight Song” in the first place!

So when you’re discouraged and not booking the gigs, put “Fight Song” in your ear and remember that you are so courageous to even be here. You want something and you want it bad. Do not give up. Things take time. And it’s OK for things to take time. Keep chipping away. You’ll get there.

Erika Shannon
Erika Shannon is a choreographer, teacher, and movement coach, working with dancers of all levels, singers, models, and fitness enthusiasts to help them move their bodies with confidence and connect to movement so it makes sense. Her signature online dance program, Don’t Dodge the Dance Call, has been featured in several theatrical publications, including Backstage!
END_OF_DOCUMENT_TOKEN_TO_BE_REPLACED