5 Things You Want Your Agent to Want 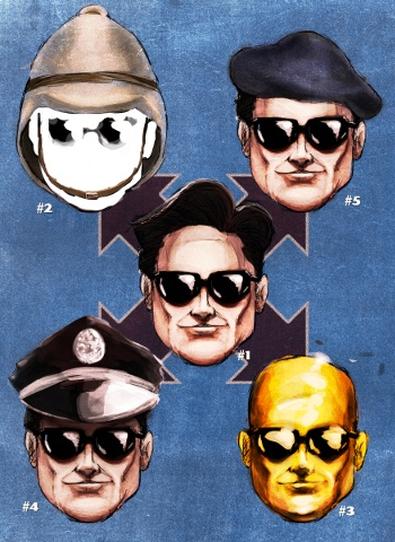 “What do you enjoy most about your job?”

This question comes up a lot during workshops. Over the years, I’ve heard agents respond in many different ways. Most of their answers involve things like the pleasure they receive from an actor getting his or her first job. I guess that’s an honest response. I’ve said it myself. But for the purposes of this column, I’d like to dig deeper.

I’ve been an agent for over 10 years. During that time, I’ve experienced moments of orgasmic joy as the bookings piled up and dollars rained down like pennies from heaven. But there were also times when I could barely get out of bed because nothing was going right and my commission statements were a joke. So for me, it isn’t solely about the money.

That begs the question: Why do I do what I do? It took a few drinks to figure it out but I came up with five honest reasons I love being an agent:

1. I’m the kind of guy who gets bored easily. So the thought of being stuck in an office doing the same thing every day is terrifying. Working as an agent brings variety into my life. For example, I spent Tuesday afternoon on set with a client and I left work early on Thursday to attend a screening on the other side of town. That kind of diversity makes me happy and it inspires me to do a better job.

2. I love the thrill of discovery. There’s nothing more exciting than attending a play in a crappy theater and finding an unknown actor who is genuinely talented. It’s a rare thing, but I’ve done it several times and those moments keep me warm at night.

3. On that same note, it’s validating to know you had something to do with the success of famous actors. I started the careers of many well-known performers and even after they screwed me by moving to larger companies, I still feel a great deal of pride knowing I’m part of the reason they became famous.

4. As my ex-wife will tell you, I love being right. And nothing gives me more joy than arguing with a casting director, convincing them to see my client, and then having that actor book the job.

5. And finally, being an agent allows me to be creative. My job isn’t strictly about pitching and negotiating—that’s just the business side. There’s also a creative element that comes into play when I’m guiding careers and choosing who to push for certain roles. Best of all, I sometimes have the opportunity to help my clients create their own projects. I once helped a comedy team craft a script that ended up as a series on cable. My contributions added up to a handful of lines and one minor character, but damn I had fun working with those guys.

I think those are five pretty good reasons. And thanks to my career as an agent, I also get to flex my writing muscles by showing up here every week, throwing out advice that might help some of you achieve your dreams. Who knows? Maybe one day I’ll write a book. I wouldn’t be the first agent to do it. Or I could make the dreaded move into management where I would start developing my own projects. But till that day arrives, I’m perfectly fine working as a 10 percenter, fighting the good fight for actors who need a champion.