7 Things to Write Down When You Book a Commercial Audition 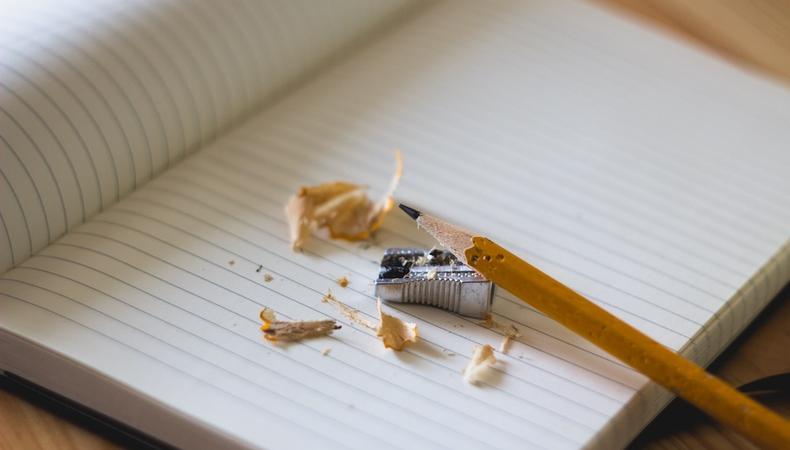 2. The location/casting director
How long is it going to take you to get there? An audition on the west side is different than an audition on the east side. And 125th Street or 12th Street. I once went to the wrong casting agency but they were auditioning a different commercial for the same product. I sat there for 45 minutes until someone told me I wasn’t on their list. I missed the other audition. A one in a million chance, but it happened.

3. The product
What does the product want you to think of them? And what do you actually think of them? For example, superstores want us to think of them as All-American, family-friendly, purveyors of quality goods. Which is different than what I actually think of them—cheap crap destroying the mom and pop fabric of this country. If I’m not careful, this thinking will create an unconsciously cynical slate. I’ve seen it in class over and over again and unfortunately, noticed it in my own auditions. Your thoughts follow you into the room. So instead, focus on what they want you to think instead of what you actually think. Also, if there are any products you would never audition for, let your agent know immediately. You don’t want to wait until you get the audition call to tell them you are morally obligated to not audition, because their response is going to be, “Uh, yeah, you are morally obligated because I spent time to get this audition for you.”

READ: How to Handle a Difficult Director on a Commercial Shoot

4. What you’re wearing
You will be asked to dress in casual, business casual, or business. Watch other commercials, find the roles you’d play and see what they’re wearing. Keep your commercial wardrobe separate, clean and ready to go, and have pieces that represent each category. If they ever ask you to “dress the role,” it’s been my experience that it’s best for you to nod to the role and not go full out. If you need to be a fireman, leave the hose and hat at home but do put on a red shirt. Unless it directly asks for a full costume, nod to it and let the costume person do their job on set.

5. The role
Are you there to play Mom 1 or Mom 2? Don’t make the assistant look it up for you at the audition—it drives them crazy. They have 80 actors to get through in four hours. Know which role you’re there to play. If it isn’t listed on the audition breakdown, ask your agent before you go in.

6. “I am going to have fun in this audition.”
Or, “This audition is going to go great.” Or, “This audition will lead to a job.” A positive affirmation battles all the negative thinking just before we audition. If we write it like it’s the sixth fact we need to know, the brain might just accept it as another fact it needs to know. The mind is our greatest tool and our biggest obstacle. Make it do your bidding, not the other way around.

7. Your mileage and any cost incurred during the audition.
Have an accountant who is familiar with an actor’s deductions. Lunch, mileage, meter costs, subway rides, costumes, makeup, etc. They can help us find those extra dollars during tax time, but we have to have the documentation to verify it.

Bill Coelius has been in numerous television shows including “American Horror Story: Hotel,” “Parks and Rec,” “The Office,” “Desperate Housewives,” “Law and Order,” and many others. His movies include “Taking Woodstock” directed by Ang Lee, and “Brave New Jersey” with Tony Hale. He has also booked 49 national commercials which has allowed him to visit Buenos Aires, hang out with James Gandolfini, and get naked on 43rd Street. He also teaches acting in New York, Los Angeles, Portland, and Detroit. Visit theworkingactorsolution.com to learn more. Bill is also teaching a commercial acting “taster” class in New York City on June 6, 6-7:30 p.m. at Simple Studios. To register, contact [email protected].