You Can't Think and Act 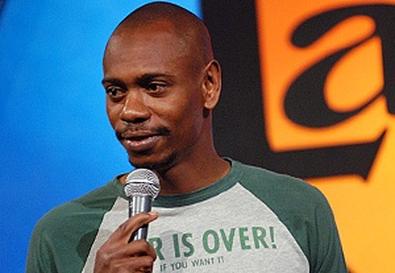 Photo Source: Rene Clark
The great philosopher Yogi Berra once said, "You can't think and hit a baseball at the same time." Those words of wisdom hold true for a lot of other things too, including improvising on stage. Improvisers work with no script or preconceived scenario. They must instantly make unexpected connections to create compelling relationships, characters, and situations. All this without thinking? Well, yeah.

Basic improv skills involve listening, spontaneity, and creativity, and there are literally hundreds of exercises and techniques used by improvisers to hone those skills. But once the scene starts, all that training must be put aside. It has to become second nature.

A key to good improvising is to be emotionally connected. Improvisers have great freedom to explore limitless options. Yet they must work together to create scenes and songs, and to do so, they need to be on the same page with the other actors. For this, they must rely on their emotional intelligence.

We all share the same database of feelings. We feel good when we're praised, bad when admonished. We are validated when our efforts pay off and frustrated when they don't. We seek love and avoid isolation. We may give lots of thought to these things while lying in bed late at night, but in the heat of the moment we act with heart and soul, often with little or no time to think it out. When mom chastised you for becoming an actor, you didn't think you should feel defensive. You felt defensive and reacted accordingly.

There are no real rules to performing improvisation, but there are some very important sensibilities. In improv parlance: Make active choices, justify, and don't deny.

Some people actively participate in life. Others talk about it. The stage is a dynamic medium, and the most-interesting things we see there occur when emotions heighten and create a change in the actors' moods, behavior, or understanding of themselves or their lives. Improv actors learn to "Play it, don't say it!"

Improvisers are taught to make active (not passive) choices, and in doing so to look for the "game" or hook that will drive a scene. Sometimes these games are physical. For example, imagine two roommates on the first day at college. One is obsessive-compulsive; the other is a slob. The messy one keeps leaving things haphazardly around the dorm room, while the other fastidiously puts them back in place. The game has begun. By making active choices, the actors raise the stakes of this game. What was once cordiality and politeness may lead to frustration, exasperation, and resentment. That inevitable emotional clash often makes for interesting theater. Neil Simon did pretty well with this particular game in "The Odd Couple."

By contrast, if the actors just talk about their differences, discuss the merits of each point of view, or try to convince the other to change his ways, the result is "talking heads." Such discussions are rarely engaging and can be deadly to watch.

"Yes and…" is a mantra that can be heard in just about any intro improv class. It is the building-block technique that's at the core of how improvisers construct scenes. Each actor must find agreement with the others and actively embrace it. In this way, they heighten the importance of what has occurred by "justifying"—adding meaning—to the content of the scene.

By embracing and building upon choices in an emotionally connected way, improv actors create relationships that guide them through the scene, enabling it to take shape, develop structure, and gain importance.

A couple on stage. He begins, "Amelia, I want to marry you." She replies, "And I you, Reginald, but what will father say?" In two short sentences, the actors have built a rich framework from which they can work. "Yes"—I want to marry you. "And"—father is a barrier that must be dealt with, providing additional emotional fodder to help escalate the scene.

"Yes and…" means that actors work together to find agreement in building a scene, but not by simply using the word "yes." In fact, "no" can be a very effective way to agree: "Amelia, I want to marry you." "No, Reginald, I can never marry you." In this case, "no" needs to be justified. In the next moment, Amelia might say, "Not after what happened to your first wife" or "I heard from William this morning; he's alive." Her options are endless.

Denial is not just a river in Egypt. It is the enemy of improv and the polar opposite of "Yes and..." justification. "Amelia, I want to marry you." "Who are you?" Crash! Burn! Abandon scene!

Actually, the audience would probably laugh at Amelia's non sequitur, but where do the actors go from there? They don't seem to be on the same page, and they run the risk of punishing the audience with a scene that feels more like a tug of war than a piece of theater. Yet all is not lost, and improvisers can often find a way to get back on track. Amelia may continue, "The last thing I remember is looking up and seeing the cookie jar falling."

A subtle form of denial—the block—is more common. Here the actors don't exactly stop the action cold by denying something that has been established, but they deflect it and get sidetracked. Instead of "Yes and…," the response becomes more like "Yes, but…," meaning "I'd rather deal with my idea instead of yours."

"Amelia, I want to marry you." "Reginald, what do you think of my new gown?" A fork in the road emerges. We're okay if Amelia is trying to avoid this emotional confrontation by making small talk. People do that all the time. We would hope to eventually see the floodgates crash open. But if Amelia just wants to talk about her gown without a deeper emotional need, she will derail the scene. Who would want to marry her anyway? Reginald must not get distracted by the dress either; he must understand that the scene is about the bigger emotional issue, which is his proposal and her rejection, not clothing.

Putting It on Stage

Improvising has been compared to driving a car but only being able to see through the rearview mirror. You know where you've been, and by carefully observing and making sense of it, you get an indication of where you might be heading. Our emotional intelligence helps us make sense of what's going on and guides us to make connected choices.

Improv actors must learn to make active choices instinctively, to justify what has happened and not deny it. But thinking about all that gets in the way. In the heat of the moment, it's easy to become distracted by responding literally instead of intuiting and embracing the deeper intent. It's seductive to get caught up in wordsmithing dialogue, looking for clever repartee, shoehorning in jokes, and lose the emotional connection of what is happening on stage. It's scary to trust that if you resist the instinct to think about and control the moment, your instincts, intelligence, and sense of humor will not fail you.

Improv is a lot like hitting a baseball. All the training, the repetition, the strategy sessions and scouting must be put aside. The pitcher throws the ball. The batter hits it. Pure and simple. Improv is about being in the moment, trusting that all your training and skills are part of you, and not taking yourself out of the moment by thinking about what to do. Stay loose, relaxed, and connected, and react to whatever comes your way. It's easier said than done. Even in baseball, the best of the best only get it all right about three out of 10 times.