Thinking About Quitting Acting? Here Are Some Things to Consider 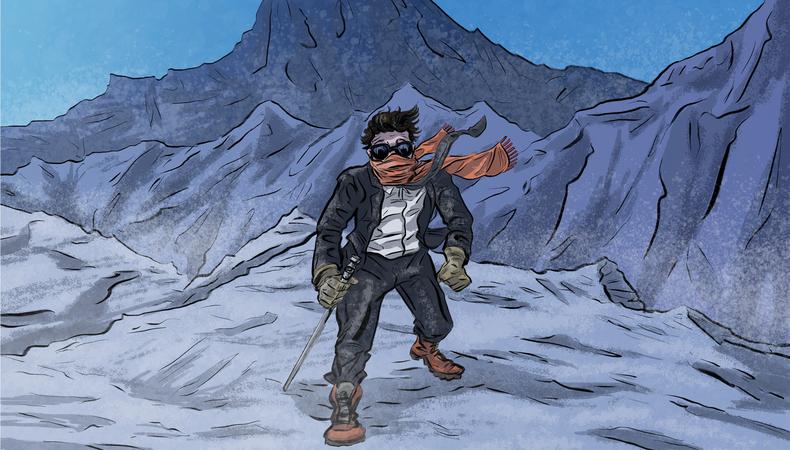 Actors always ask me the same question: What’s the key to success? And I always have the same response: perseverance.

Naomi Watts is one of my favorite actors. I don’t think she’s ever given a false performance. But here’s the thing: She auditioned for over 10 years with no real breaks until she finally booked a pilot called “Mulholland Drive” that was being directed by David Lynch. The network ended up not taking the project to series, but that was a blessing in disguise, because Lynch ended up shooting additional footage so he could turn the pilot into a feature film. The next thing you know, Naomi Watts’ movie is premiering at the Cannes Film Festival.

“It was like for the first time, somebody was interested in ‘seeing’ me,” Watts says of her initial audition with Lynch. “In the early days I didn’t get to pick and choose at all...[then, after meeting Lynch,] I never had to audition again!”

So what helped her achieve this milestone? Was it lots of talent and a little luck? Yes and yes. But when push came to shove, Watts became a star because she had the courage and conviction to stick it out.

READ: Why Quitting Acting Is Not an Option

I wish there was a way to figure out how many gifted performers give up because they never caught a break. The number is probably massive. And I totally get it. The years go by, your frustrations grow, and you finally decide to say screw it and get a real job—one that pays the bills and allows you to live a normal life.

People have goals that have nothing to do with their careers. Maybe they want to get married and start a family. Or maybe they just want to earn a decent living so they can own a home and a car that doesn’t break down every other week. Those are perfectly good reasons to turn your back on the entertainment industry.

Now, I don’t want you to think every actor who stays the course will be blessed with success. That’s absurd. The decision to keep going has to be based on an honest assessment of what you’ve accomplished and what you haven’t.

Let’s say you’ve been slogging away for a decade and you’ve never had decent representation. Or let’s assume you haven’t built a circle of casting fans who bring you in for auditions on a regular basis. Or even worse, you’re dealing with frustration and unpaid bills by drinking heavily and growing a major chip on your shoulder. Those are all signs of a bad moon rising. It might not be wise to keep trying, because there are no clear indications you’re on the right track.

But let’s say the opposite is true. Well, that’s great and congrats. The question now becomes: How much longer should you keep going?

You are the only one who can answer that question, because you’re the one who has to live with the answer. There’s no way to know where the road not taken would’ve gone. So don’t beat yourself up if you decide to stop pursuing an acting career. Believe it or not, there are plenty of happy people in this world who don’t work in the entertainment industry. (Or so I hear….)