‘Three Billboards,’ ‘Veep,’ ‘This Is Us’ Win at 24th Annual SAG Awards 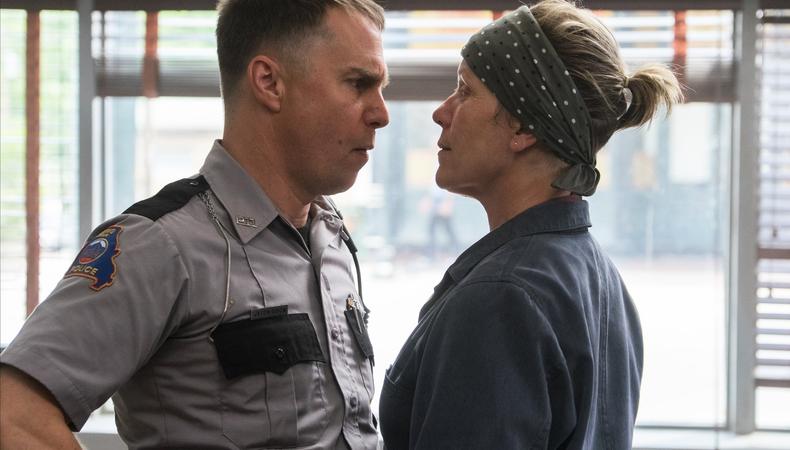 Hosted by Kristen Bell and honoring the year’s best film and television performances, the 24th annual Screen Actors Guild Awards gave top marks to the ensemble casts of HBO’s “Veep,” NBC’s “This Is Us,” and Fox Searchlight Pictures’ “Three Billboards Outside Ebbing, Missouri.” Decided upon and handed out by Hollywood’s biggest acting union, the SAG Awards are among the highest distinctions of awards season.

“The SAG Awards,” Bell announced, “is a show for actors by actors. But it is not just the ones in this room. It is especially for the ones who have just gone on their 20th fruitless commercial audition, who are watching this in a studio apartment in Koreatown with their five roommates downing their nightly dinner of canned tuna. This show is for you guys! And it’s to entice you to stick around.”

READ: 20 Years Into Her Career, Allison Janney Is at the Top of Her Game

McDormand ended her acceptance speech by saying, “I come out of the woods every few years and you invite me to the party. But there’s a lot of young ones coming up and they need doorstops too. Let’s think about that.”

Another two-time winner was Sterling K. Brown, who continued his winning streak for “This Is Us,” as well as his trend of becoming the first-ever black actor to win in a male drama category. Accepting the TV drama ensemble honor, Milo Ventimiglia led the visibly surprised cast in thanking showrunner Dan Fogelman and casting directors Josh Einsohn, Tiffany Little Canfield, and Bernard Telsey, all of Telsey + Company.

Nicole Kidman picked up yet another accolade for her performance in HBO’s limited series “Big Little Lies,” her tenth SAG nomination but very first win. “If you have passion, you have something you love—what an incredible gift,” she said backstage after her win. “[Acting] is an art form. I cherish it and I love it and I’m grateful it’s something I get to do.” Her co-star Alexander Skarsgård took home the statue for actor in a miniseries or TV movie.

Morgan Freeman was awarded the SAG Life Achievement Award, the guild’s highest distinction, in recognition of his acting and humanitarian work. Introduced by longtime friend Rita Moreno, Freeman said in his speech, “This is beyond honor. This is a place in history.” He then pointed out that the ceremony’s Actor statue is, wrongly, “gender-specific.”

READ: Everything You’d Ever Need to Know About the SAG Awards

SAG-winning film actors have a high probability of going on to earn Oscar statues; last year, for instance, only the leading male category differed. When it comes to the guild’s top ensemble award, the winning film has gone on to win the Academy Award for Best Picture 11 out of 22 times in the SAG category’s history. Will “Three Billboards” continue its impressive winning streak at the Oscars March 4?

All SAG-AFTRA members in good standing are eligible to vote in all categories, which means 121,544 peers in the actors’ union chose the recipients this year. For more on the guild and its awards, click here. Congratulations to all the winners!

Outstanding Performance by a Cast in a Motion Picture
“The Big Sick”
“Get Out”
“Lady Bird”
“Mudbound”
***“Three Billboards Outside Ebbing, Missouri”

Jack Smart
Jack Smart is the awards editor at Backstage, where he covers all things Emmy, SAG, Oscar, and Tony Awards. He also produces and hosts Backstage’s awards podcast “In the Envelope” and has interviewed some of the biggest stars of stage and screen.
END_OF_DOCUMENT_TOKEN_TO_BE_REPLACED