The Three Times She Knocked 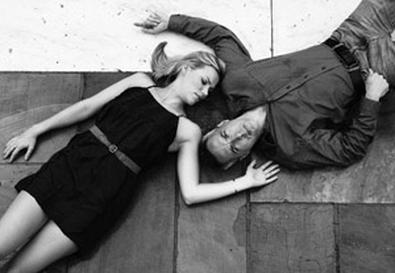 Photo Source: Josh Jones
Mix Mamet's "Oleanna" with Ionesco's "The Lesson" and you wind up with "The Three Times She Knocked." A.D. Penedo's intelligent and tightly written dramedy about lust and betrayal grabs from the first, although it takes a manic detour toward the end. Intensely directed by Christopher Windom, it's an amusing cat-and-mouse game in the guise of budding romance.

When beautiful Tara knocks on executive Eric's door, she ostensibly wants to know why he avoids her. The answer is obvious, but Eric fears repeating the fatal attraction he had for another woman several years ago. Describing that encounter becomes a sensuous experience for both Eric and Tara, leading to an unexpected but not quite credible dénouement.

Bob D'Haene is a tightly wound Eric, while Isabel Richardson is a cool, inwardly dangerous Tara, who provokes by merely crossing her legs. Layering their characters' inner secrets with outward élan, D'Haene and Richardson create a satisfying one-act evening.