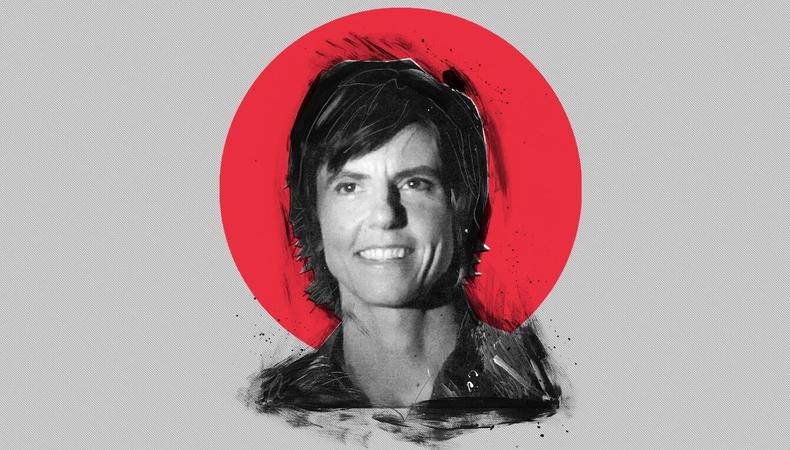 Few comedians boast the kind of singular sensibility of veteran standup comedian-turned-actor Tig Notaro. Dry, incisive, and always hilarious, Notaro never misses a beat. Next, she’s slated to host the 33rd annual Artios Awards at Los Angeles’ Beverly Hilton on Jan. 18. She spoke with Backstage about casting her own project (the dearly departed “One Mississippi”), writing autobiographically, and why there’s never “any one thing that is gonna make or break” you.

Why do you think it’s important to honor casting directors working today?
They’re just such key, key people in bringing the characters to life. Having my own show and having help in finding these amazing actors, it’s really such an example of how every single piece of the puzzle in making a movie or TV show is crucial. The director is just as important as the casting director, and they’re just as important as the assistants and writers. I wouldn’t have known where to begin to find the people that play my family and the other characters on my show. I just am endlessly thankful for casting’s talents.

When casting for “One Mississippi,” did anything stand out to you as good common practice for the auditioning actor? What impressed you when you were looking for talent?
Well, it’s of course always helpful if somebody has an idea of what they’re going in for. I had I would say almost total control in casting my show, and I was really blown away when people came in and did exactly their thing and interpretation of the role. You could tell who was trying to do what they thought they were supposed to do or thought about what I was looking for, and it’s an interesting thing to sniff out because they were usually completely off. For my stepfather character, because it’s a comedy, people came in and played that role so big and obviously comedic, when it’s really just a genuine, authentic character.

What’s your most memorable survival job?
I used to work for Sam Raimi’s production company [Renaissance Pictures], and I was an assistant there. Actually, Sam had me audition for “Spider-Man” because he thought it would be a good, easy way for me to get my SAG card—and I did not get the role. That’s how terribly the audition went.

Would that be your worst audition story?
I really think it was. I had never auditioned for anything. I was just doing standup, and I remember it was Sam’s idea for me to come in and audition. I was allowed to leave the office, and I drove from the Universal Studios office out to Sony Pictures and went through all this traffic and couldn’t find my way to the audition. I finally [did], and I completely froze. I remember I was blushing, I was sweating profusely, and I could not remember a single line. They had the camera on me, and I was just nervously laughing, saying, “I’m sorry, I don’t know what’s happening or what I’m doing.” The person in the room that was filming was like, “And…who sent you?” They were probably baffled why Sam sent me in there. And I essentially just drove across town in traffic, blushed and sweated profusely, and then got in my car and went back to work.

What advice would you give your younger self?
Most times, there’s not any one thing that is gonna make or break me. It’s a combination of things that will move me forward or pull me back. I think that that’s good to remember, because things can seem so terrible or so great, and it’s just potential momentum to go in either direction. [One thing won’t take you down] or even raise you up because you still need to have either momentum. You can get your big break, but if you have no experience behind you, then that big break isn’t going to take you anywhere.

What advice do you have for writing autobiographically?
[The work is] not going to resonate with everybody. I know my show and my comedy and everything I do doesn’t necessarily resonate with everyone. But I think the more specific that you get—I know it’s been said a million times, but it really is proven over and over again that people relate when you’re not trying to do something for someone else and you’re doing it for yourself in the most honest, specific way. That’s what’s going to resonate with people, because it could be something that ends up translating to something that they relate to or it could be something just so new and different that they have never seen before that’s going to draw them in. It could go in either of those directions. It’s so hard to believe that being yourself and doing your own thing is the way to go—but it really, really is.

Ready to act for the small or streaming screen? Check out Backstage’s TV audition listings!

Benjamin Lindsay
Benjamin Lindsay is managing editor at Backstage, where if you’re reading it in our magazine, he’s written or edited it first. He’s also producer and host of a number of our digital interview series, including our inaugural on-camera segment, Backstage Live.
END_OF_DOCUMENT_TOKEN_TO_BE_REPLACED