The Time to Act Is Now 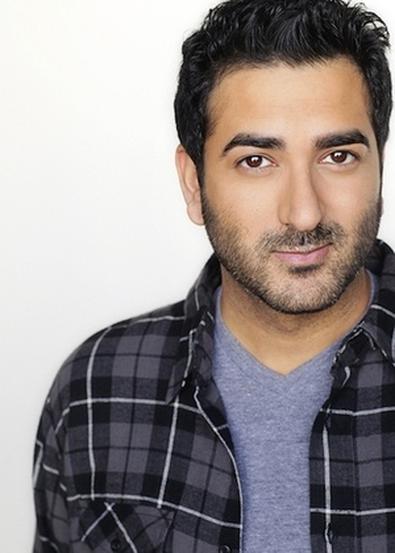 It’s go time. No more excuses. It’s time to pick a major acting market, grab the cash you’ve saved up under your mattress, pack your favorite advice articles, some headshots, and saddle up, cowpoke. We’re headin’ out at the crack o’ dawn. Destination: your acting dream.

Go All In
You can do this. In your heart, you know you’re willing to risk everything for the chance to live an extraordinary life, even if at times it’ll be hard. It’s your mind that has been convinced to be pragmatic and risk-averse.

Well, one day alive is better than 10 days dead, I say.

Negative Nancys
Listen, most of your loved ones and friends who haven’t been as supportive of your dreams as you wish they’d be just want you to be safe and secure, and under their watchful eyes instead of far away and in constant fluctuation (albeit living a life of wild excitement, possibilities, and artistic fulfillment).

But sure, you have to be wary of those who are just being negative because they selfishly don’t want you to leave, or they’re jealous of your passion or that you have a passion and they don’t, or that they missed their chance, or that they don’t have the strength that you have inside to pursue your dreams. Beware of the crabs!!

Crab Mentality
From Wikipedia: “Crab mentality is a way of thinking best described by the phrase, ”If I can't have it, neither can you.’ The metaphor refers to a pot of crabs. Individually, the crabs could easily escape from the pot, but instead, they grab at each other in useless competition which prevents any from escaping and ensures their collective demise.”

Fail for a While
“But what if I fail?” Sound familiar? SO FAKKING WHAT?! You know what, why don’t you just plan on failing for a while? What’s so terrible about that? Every wrong answer leads you one step closer to the right one.

In the words of Scottish author Samuel Smiles:
“We learn wisdom from failure much more than from success. We often discover what will do by finding out what will not do; and probably he who never made a mistake never made a discovery.”

Put another beautiful way, in the words of Rascal Flatts’ song “Bless The Broken Road”:
“Others who broke my heart, they were like Northern stars/
Pointing me on my way into your loving arms.”

Who cares if you fail a million times? You only need to succeed once.

Stop Being a Pansy
You think you know hardship? Think of those who endure war, injustice, disease, and poverty. And you can’t handle just the possibility of struggling a bit in the big city as you chase your arty-farty acting dream? Puh-lease!

Millions of Americans have fought and died for the precious freedom we enjoy that makes it possible for you to make a living doing what you love. Not taking full advantage of that, then, I dare say to you, cupcake, is un-American! Be a patriot! Act, damn you!

Listen to Jim Carrey and Fudge Fear!
“So many of us choose our path out of fear disguised as practicality. What we really want seems impossibly out of reach and ridiculous to expect, so we never dare to ask the universe for it. I’m saying, I’m the proof that you can ask the universe for it. I learned many great lessons from my father, not the least of which was that you can fail at what you don’t want, so you might as well take a chance on doing what you love.”

Time to Get Serious
For the last year, I’ve been blessed with this forum to share my experience and wisdom with you fine people. But you know what? Reading my advice articles and any others won’t do dick for you unless you put that wisdom to work in your life.

You can’t learn to act from reading any more than you can learn to play guitar from reading. Acting isn’t an intellectual craft, but an experiential one. You’ve got to get the lessons in your body. If you haven’t read Malcolm Gladwell’s book “Outliers,” get the audiobook and listen to it pronto, Tonto.

I’m the first one to admit that I’ve disrupted many lives by encouraging people to leave their secure lives of boredom for an insecure life in pursuit of extraordinary possibilities. So be it. What’s quantity of life without quality of life?

And I’m not saying that the life of an actor is for everyone. If you read my article “Why You Should Quit Acting,” you know that already. But I am saying that those of you who desperately want to act someday need to poo or get off the pot. Stop wishing and start acting.

The Impossible Is Possible
From the man who achieved the “impossible”: Watch Arnold Schwarzenegger’s “6 Rules for Success.”

That, my fine-feathered friend, is livin’. And I’ll be here for you every step of the way.