1 Tip for Ignoring the Noise and the Nerves 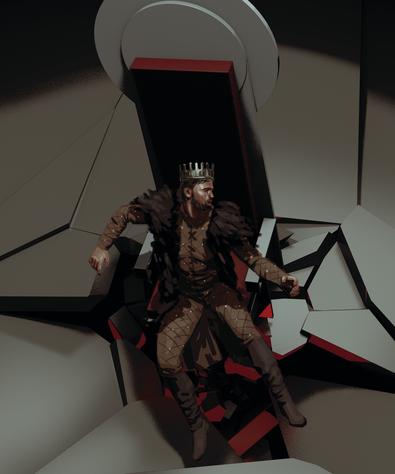 I don’t really remember the day I decided to dedicate myself to pursuing acting as a career. I’d acted in high school plays and then again in college, and enrolled in a two-year acting program after moving to New York, but there was no aha moment, no clear decision that I would try to make a living off of playing make-believe for the rest of my life.

This isn’t surprising; there’s a healthy amount of denial that has to go into that thought process. It’s one of the more unsound financial choices a young person can make. And, in my heart of hearts, while it would’ve been nice to step off of a bus in Midtown Manhattan, suitcase in hand, and declare to the world, “I’m headed to BROAD-WAY!” I never had that moment. I just always intuitively knew that it was something I wanted to do.

I do remember a turning point where my mantra became: “Hope for the best but expect nothing.” It was a phrase that came out of nowhere, and I repeated it to myself constantly as a way to persevere. I would say it while sitting in waiting rooms at auditions, while writing an extremely large check for a new set of headshots (on my waitress salary), or while exiting lobbies in heels after meeting with an agent. I thought it would somehow prevent me from expelling a scent of desperation into the rooms I entered, but really it was a self-protective chant that let me push forward to the next phase of my career.

So much of an actor’s life requires battling against the forces that stand in front of the places we really want to be. This means facing thousands of rejections and spending thousands of dollars on new haircuts and workshops. Despite all of this, you don’t ever really complain, because this is what you signed up for. Most important, you learn to smile every time someone delivers that timeless gem, “So where do you wait tables?” after you tell them you’re an actor. The joke that never gets old!

But in the attempt to move forward, the thing actors can forget is their love for the act of acting. I’m not sure my mantra was particularly Zen-like, but I do think there’s some truth in it. You already know what “the best” feels like. It lives in those priceless moments when you’re on set or onstage, collaborating with a host of other creative misfits who make you feel less crazy for doing what you do. You have to keep those moments sacred, because that’s the fuel that will keep you going. The “expect nothing” part, for me, just helps defuse all the noise, all the lack of control, and all those waitress jokes. It’s about putting yourself out there over and over again and still expecting nothing, since you’ve always had “that something” in the first place.