1 Tip on Being Versatile When Memorizing Lines 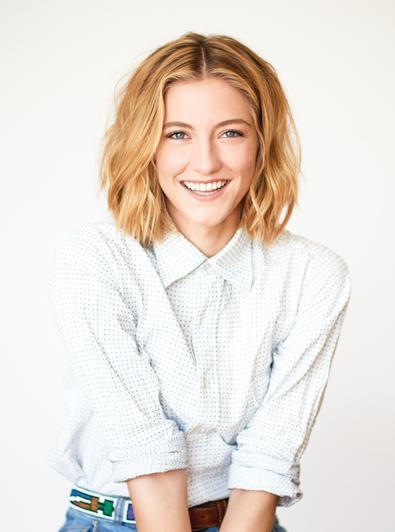 Caitlin Gerard’s résumé isn’t pages long (yet), but she’s no stranger to TV, having been on MTV’s “Zach Stone Is Gonna Be Famous.” She’s now moving on to the much anticipated new show “American Crime.”

On her character.
“I play Aubry Taylor. She’s in a mixed-race relationship with Carter Nix [Elvis Nolasco]. They’re madly, tragically in love and are burdened by the fact that they enable each other into drug use. So it’s a downward spiral with intense emotions.”

On learning lines.
“I never read the lines the same way twice, and I do it out loud. Before every line I give an intention, whether it fits the scene or not. If it’s sad I might give the intention of ‘excited’ and read it like that, or ‘withdrawn’ and I read it like that the next time, so I don’t immediately get stuck in a pattern. Then [in the audition room], on a very minor level, I’ve already played all these different layers and outlooks; I’ve already approached it with a freedom.”

On acting for TV.
“What fascinated me about the structure of television versus a feature film [is that] with a feature you have the whole script; on a TV show you don’t get that at all. You’re kind of blind and you only get your pages a few days before you shoot. [Not knowing my character’s trajectory] gave it this freshness. Like in life, you don’t know what’s going to happen next. Once I accepted it, it became liberating.”

On working with different directors.
“A lot of directors are shooting a whole series but we worked with like, 10 different directors. What was fascinating for me was every director has a different approach, and we never had the time to rehearse with them so it was coming to a set with a director I was unfamiliar with a lot; some I had chatted with, some not at all. The thing I learned that was important was that I needed to so strongly know and understand my character that it could be a solid foundation that could get me through working with people I wasn’t at the time fully comfortable with, because there was no chance to get to know their approach or their takeaway or thoughts on the character. For me it was important to be confident in my own choices. When you have confidence it gives you an awareness and you’re open to listening and to other people having opinions and taking constructive criticism and sitting with it instead of immediately putting something into the character that you might not that think is right.”

On auditioning.
“I didn’t think I had a chance in the world to get this role. It was one of the most talked-about pilots last year—when I read it I was just so in love with Aubry and the story. When I went into the preread, I thought, This is going to be my only moment with the character, so I have to be able to give it my all because I have to walk away OK with having that one-night stand, if you will, with this character. It then progressed into a longer relationship, which blossomed wonderfully. The first thought I had [when I kept getting callbacks] was, I get to do this again? I can’t believe I get one more day with her! The takeaway for me is that it doesn’t matter if I have the role. What matters to me as an actor is that moment that I get to have with the character; whether it’s a shooting star or big planet moment, if I can leave an audition feeling fulfilled, I honestly don’t care if someone else got it because there a million and one reasons [actors] don’t get parts—it’s political, it’s work, it’s choices. There are so many things out of our control, so to be able to just have that experience with the character and leave with that is like a little gift.”

Briana Rodriguez
Briana is the Editor-in-Chief at Backstage. She oversees editorial operations and covers all things film and television. She's interested in stories about the creative process as experienced by women, people of color, and other marginalized communities. You can find her on Twitter @brirodriguez and on Instagram @thebrianarodriguez
END_OF_DOCUMENT_TOKEN_TO_BE_REPLACED