6 Tips For Breaking Into the U.S. Acting Market From 'Nashville’s' Clare Bowen 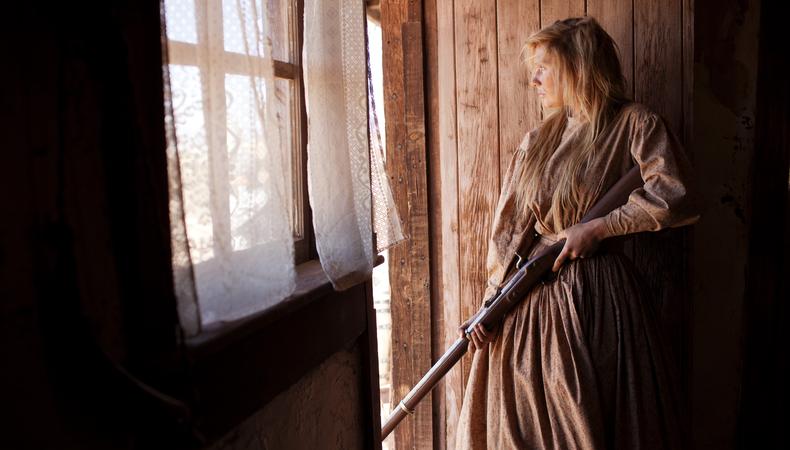 “Everything is just bigger in the U.S.,” Australian beauty Clare Bowen says, reflecting on the time she’s spent working here. “Australia has a great film and television industry, but it’s very gritty. But in America, the possibilities are just wild.”

And Bowen is taking full advantage of those possibilities. Whether it’s starring as the angelic singer/songwriter Scarlett in ABC’s “Nashville,” or the tough Civil War-survivor Martha in “Dead Man’s Burden," which opened on Friday, Bowen’s showed she has range well beyond her years. She’s even found time in-between projects to start work on her own solo album.

Here, Bowen shares her tips for making the transition into the American entertainment industry, how to balance research and character, and the importance of staying true to your own process.

Find a home base when auditioning.
“Finding your way around a new city for the first time is always a hard,” says Bowen, who herself tackled L.A. a little over a year and a half ago. “But finding your way around a new city at the same time while you’re trying to do pilot season? That’s crazy.” The challenge for Bowen was less about trying to navigate L.A.’s complicated traffic system, and more about having a home base. “When you’re trying to work on multiple characters when you’re going for castings, you need a place where you’re grounded,” she says. “You need a place where you can think and get situated.”

Remember, casting directors want to find you.
“People get really nervous in auditions…like they have some sort of inferiority complex,” Bowen says, thinking back to her first auditions in the States. “And it’s like, ‘No no no, they really want to find you!’ When you walk into that room, they want you to be the one.” Bowen says remembering that always helps calm her nerves. “That’s what they’re looking for!”

Do some research, but don’t let it define your characters.
For her role in “Dead Man’s Burden,” Bowen spent a fair amount of time researching the film’s setting: 1870 post-Civil War fragmented America. “We don’t learn about it in Australian schools,” she explained, “So I did a certain amount of research to get a basis for what was going on in my character’s life.” Ultimately, though, Bowen didn’t allow her character, Martha, to be defined by the history books. “She is suffering incredible trauma,” she says. “And it’s not about some political venture. It’s not about being a confederate; it’s not about slavery; it’s not about politics of The South. It’s about her family, and the limits to which they push her. She’s just trying to survive.”

Embrace life outside of the green screen.
The violence and the triumph of “Dead Man’s Burden” is inherent in the landscape. And to really understand that, Bowen said there was no place to be but outside. “The desert really is its own character,” she said, of their New Mexico-based set. “It has this energy about it that you can’t compare. It’s so beautiful, but then there are some days where you really are confronted with how harsh it is and how quickly it can kill you.” Bowen recounts days on set where the heat shut one of the cameras down one day, and the next morning, the set was covered in frost from an overnight snowfall.” It was just an amazing landscape. And it really helped understand the character. That’s what makes her such a wild creature.”

Don’t follow a process, find your own.
“I don’t really understand my own process, to be honest,” Bowen admits. “I just do it. People ask me all the time ‘What are you doing?’ and I’m like, ‘I don’t know!’ ” That “just do it” attitude didn’t go over too fondly at Bowen’s Australian acting school, but Bowen doesn’t seem to mind today. “Some people can follow method, but every creature is so different," she says. "You are the expert on yourself. It has to be what works for you.”

What works for Bowen is staying within her moment, and having empathy for her characters. “Just listen to what the other person is saying and look at the words and feel what the character is feeling,” she says. “And you must empathize with your character no matter what you’re doing. If you don’t know exactly why you’re doing what you’re doing, then it doesn’t feel true.”

Don’t forget where you came from.
Most actors starring on a big network drama might not want to discuss the small work, they did before their big beak. But for Bowen, she looks back at the few Australian commercials she did (including one where she played a mermaid) with beaming pride. “Those commercials helped me get over to L.A.,” she says. “They funded my trip to audition for pilot season, when I got “Nashville!” Sure, the work you’re auditioning for may be bigger than the work you’ve done. But Bowen says that shouldn’t matter. “That’s your experience and it does count,” she says. “Even though it’s a smaller industry, I’m really proud of the work I did in Australia. Never forget the work that you’ve done in your home country.” “Besides…” she adds. “I got to be a mermaid! How great is that?”