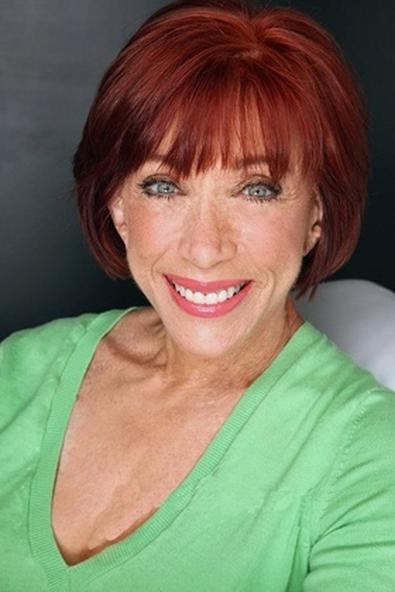 A few weeks ago one of my clients told me that she was taking a class in career and money management and wanted to know how actors can formulate a financial plan in today’s economic climate. The best way to do that, is to tie together your economic and career goals.

We all live in times of tremendous economic flux. Gone are the days when a person could work for General Motors for 50 years and enter retirement with a hefty bonus and a gold watch. Our business has always operated under a model that makes planning even more difficult. While a company like General Motors uses 90 percent of its budget for production and 10 percent of it for research and development, in our business, all the money goes for research and development. Here’s an example:

A studio pays a writer $1 million to write two scripts. The execs hate one of them and trash it, thereby losing half of their investment. They put the other script into “development” which means plugging it into a system where 10 studio executives descend on it, rip it apart, and add things their research departments tell them are “trending well.” If, at the end of that process they don’t put that script into production, the studio is out the entire $1 million and no “product” has been made.

If one of the scripts is in good enough shape to be “fast tracked,” it will be another year before filming starts, several more months before it is finished, and another year before it is edited and released. Even in the best case scenario, the initial $1 million investment will not have created a sellable product for three-to-five years and, after that, there’s no telling if it will succeed or flop. While this is a very risky way to run a business, our founding fathers understood how the creative process worked and were willing to gamble on it. Around 1993, however, outside companies started to buy up our studios and networks and they didn’t want a creative gamble. They wanted to see profits and a balanced budget by the end of the year. The result is that our business is at odds with itself on a fundamental level.

If the infrastructure on which all production is based is too nebulous to chart and if the pay scale for actors continues to shrink, how can an actor hope to set reasonable monetary goals? Here are a few guidelines:

1. Only count on money you actually make, not what you think might happen. For example, if you get cast in a pilot, don’t assume that it will be picked up or, if picked up, will stay on the air. The only money that is real is the actual money you got paid for the pilot.

2. Make up a reasonable budget for your living expenses and then look at your average income for the last two years. If the money you’ve made does not allow you to pay for the basics, how are you going to live? Actors don’t always like having “job-jobs,” but the practical truth is you need to make money to support your acting. Some actors try to write scripts, but fewer scripts get made than there are actors to be in them. You may, however, catch lightning in a bottle on the Internet. Come up with a Web series idea, get together with some friends, and film it. The costs are low and, if you get enough views you might spark some interest from an outside source.

3. Be entrepreneurial: Find something to do that utilizes the same skills you use as an actor—teach, organize an after school program, get involved in a nonprofit organization, etc.

4. Start a different kind of business: Study what trends are being predicted as the next “big thing” and follow that model. Who knew cupcakes would take over the world? But, if you had started a small bakery, you would be reaping profits.

5. Look at things you like to do or are skilled at and put those talents to work: caterer, gardener, jewelry maker, sportscoach, researcher (for a writer who needs someone to do the legwork),etc. There are lots of things you can do to support yourself until acting becomes self-sustaining.

Additionally, to get a realistic take on the state of your career, tie your financial goals to your career goals. Set a four-year window during which you will chart movement. Chop those years into six-month chunks to evaluate your progress and see if you need to change tactics. Be more concerned about a pattern of movement than the actual achievement of specific things. Keep a record of your progress and how you feel about it. For example:

1. If, after one year, you get an agent or a manager and go out on auditions but haven’t booked anything yet, that is progress enough to extend to another year. Sometimes it takes a while for casting directors to get comfortable with an actor and trust his work.

2. If during the second year you get cast and maybe even test for a pilot, this is good progress and you can safely take on another year.

3. However, if, at the end of two years, you have not gotten any paid acting work on a TV show, or in a movie or play, put up a red flag. Take your career’s pulse to decide if it still has life and, more importantly, what is the toll it is taking on your sense of personhood?

4. The third year is a crux year in terms of being honest with yourself. If there is no forward movement, you need to start looking for alternative acting paths.

5. At the end of the fourth year, ask yourself these questions: Are you a paid, working actor? Can you live off the money you make? Is the kind of work you are getting what you want to do? Is it enough to play characters who have three lines and no names?

Being honest is not shameful if it gives you a better life. If you chart your career path in conjunction with your finances, you will have an overview of where you are. You do not want to wake up in 20 years and realize that nothing has changed. You don’t need to give up acting but find ways to do it in conjunction with a life that is more financially and psychologically rewarding. At every step, ask yourself whether your chase is giving enough back to continue the ride. It is hard on your psyche to live without knowing how you will pay your rent. Being able to act is a rare and special gift and there is more than one way to use that gift. Follow the money so you don’t let your dream cloud your reality and keep your life on hold. You are better than that.