6 Tips for Finding the Comedy in a Scene 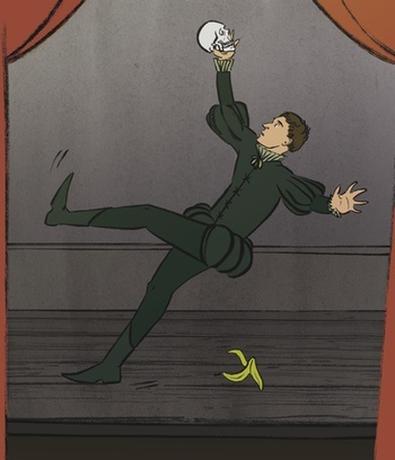 Dear Michael: I’ve heard again and again that funny can’t be taught. So what do I—a not-that-funny actor—do when I have an audition for something that’s supposed to be funny? Turn it down? —Drama Queen

Dear DQ: No! As an audition coach, I often have the enjoyable task of helping clients work on comedic material. Like you, some don’t think of themselves as funny. But I’m stubborn in my belief that there’s more than one key to the comedy door, and I love helping actors solve that puzzle. Though I’m inclined to agree that not-so-funny people can’t be taught to think funny, I can suggest some things to look for as you break down comedic material and make your acting choices, especially if you don’t have a natural instinct for the stuff.
First and foremost, truth. Truthful commitment to comedic circumstances is funny. Some actors think playing comedy means forgoing their basic acting homework. Not so. Knowing and inhabiting your character’s objectives, stakes, obstacles, state of mind, philosophy, relationships, and circumstances is crucial. You must also understand the story’s time period and location, and the attendant customs. Truly funny comedy requires making all these things real.

Then, there are certain recurring elements in comedy. Figure out what particular devices are being employed in—or might suit—the material, and you’ll know better how to play your role. Here are some possibilities for you to keep in your tool kit to try on when you dive into your script.
Disproportion: an extreme reaction to a small problem; a small reaction to a huge problem; lots of effort for an easy task; little effort for a great task.
Lack of self-awareness: an unattractive character who thinks he’s irresistibly good-looking; a drunk who thinks he’s behaving normally.
Awkwardness created by obligations such as manners, customs, etiquette, social norms, restrictions, or assignments: trying to stay awake while a talkative dinner guest overstays his welcome; hiding an embarrassing stain at an important job interview; Lucy and Ethel at the chocolate factory…look it up!

Wrong person for the job: an insecure psychotherapist; a squeamish surgeon; a tone-deaf backup singer.

Recognizable human foibles: nervousness about asking someone out; dissolving at the sight of a baby; pining for food while on a diet; not making sense first thing in the morning.

There are lots more…but we’re out of space.

Start watching comedies analytically, and figure out what makes them funny. Remember, when in doubt, invest fully in the circumstances. And by all means, don’t decline an audition for a comedy. You might be funnier than you think.