15 Tips to Kick Off the New Year 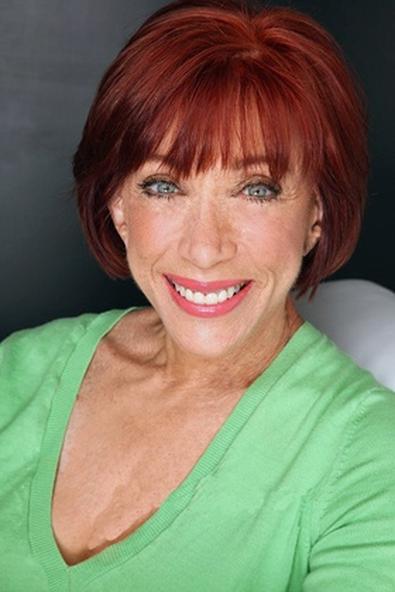 Each new year we draw up a list of resolutions about what we want to achieve. Since it is not within an actor’s power to predict that he will “star in a movie” or “become a series regular,” actors’ resolutions need to be about how to improve upon themselves and their approach to acting. Start the coming year with a positive view, not with one that sets you on the road to disappointment.

Don’t do these resolutions for just a day or two before slipping into a hazy recollection of a New Year’s Eve gone by. These will help you build a long-lasting and successful career as an actor on a business, creative, and psychological level—the “triad” of an acting career.

The Business
Learn how the business actually works, not how you would like it to work. The more you know about where the business is heading, the better.

1. What new avenues are open because of the Internet and media streaming?

2. How are pilots cast and how does that affect your chances of getting an audition? If roles are being offered to actors whose names appear on a list, there will be no auditions for those roles. If your name is not “list-able,” concentrate on what is realistic, not pie in the sky.

3. What avenues are open for you to explore beyond the traditional TV and feature realm? Writing an indie pilot or feature script is good as an exercise but, in today’s market will probably go nowhere. It is possible to get some traction by creating a Web series or small featurette for the Web. Programs like Kickstarter can help you raise the money to get it up. Then you can try to get interest and take it further. I you want to gamble, concentrate on something that is manageable and see if it grows from there.

The Creative
Are you doing enough to keep yourself ready for your auditions?

1. If you come from a conservatory program or any intensive acting school, you do not need to take another class. You have a technique; all you need to do is get comfortable enough with it that you can use it and not be a servant to it. Put together an “acting gym” with some friends. Limber up by getting together once or twice a week and reading TV and film sides. Use practice sides to tape yourself and look at what you are doing. Decide for yourself if you are delivering at the level you need to be.

2. Make sure that you leave your work outside the audition room door. Remember that your character did not stay up all night working on the part. For your character, the present begins when you open your mouth and speak. Don’t “show” your character; stay in the moment and let him speak for himself.

3. Shore up any holes in your skills. If you are a singer, bring your dancing up to a better level. A dancer? Get those high notes up to par with your high kicks. Take an improv class and learn to think on your feet. Develop some characters that you can use if asked. If you come from an ethnic heritage, learn the language. If you are Latin and can speak Spanish, many more jobs will be open to you.

4. Don’t play casting director. If you think you are wrong for a role, guess what the outcome will be? Why be negative? Just go for it.

5. Do comedy homework. Often, whether from bad teaching or a desire to be funny, actors forget one of the fundamental truths about comedy: Keep your stakes high and leave the laughing to the audience. Historically, the best comedy actors were those who, in trying their darnedest to reach a goal, found ways that we, the audience, thought were funny. They never winked at the audience, nor tried to lead them. They didn’t allow a comedy rhythm to conduct the scene, nor did they rely on such concepts as “comedy buttons” or “reversals.” They trusted that people could find the funny without being hit on the head with it.

Review comedy history. Explore who the founding fathers of comedy were and what is it that they did. For example: Charlie Chaplin and Harold Lloyd (silent films); Laurel and Hardy, Abbott and Costello (comedy duos); Lucille Ball and Jack Benny (early TV pioneers); “The Producers” and “Love Actually” (classic comedy films).

6. Take responsibility for what goes on in an audition. If you are late and feel rushed, don’t be late. If you make a mistake and feel yourself start to roll down the hill to failure, stop and set it back on the right course.

Psychological
Don’t be a victim of yourself.

1. Understand what you can and cannot control. You can’t control if there will be a part for which you are right or if you will get it.

2. Don’t consider yourself to be entitled to something just because you want it. Banish the word “should” from your vocabulary. Nowhere is it written that you should get a part just because you think you gave a good audition. As I have talked about, there are lots of factors that enter into the casting process and fairness or your desire are not among them.

3. Fill your life with people, interests, and events that are outside of your acting career. Look at your work in proportion to your life not as your life. You will find more enjoyment and you will be more interesting to those you know and to yourself.

4. Don’t operate out of fear! Everyone in this business has his or her own fears, but if you walk in the door smelling of it, they will shun you because fear can be contagious. Fear makes you tighten up. Remember, emotion is like blood: If you are tense it cannot flow.

5. Look into other locations where work for actors exist. For economic reasons certain areas of the country have become hotbeds of TV and film production. Consider moving to one of them where you might work more frequently and have a normal life.

6. Take honest stock of yourself in terms of your skills, career progress, and the level of personhood you bring to your work. If one route to an acting career isn’t working, try another. Sometimes one needs to change direction, but that doesn’t negate the time, work, and love you have put into the quest for an acting career. Not every high school quarterback ends up being on an NFL team, but that doesn’t mean he hasn’t performed well or grown as a person because of the time he spent on the playing field.

At the end of the day you can resolve to approach your work and yourself in a better way and that is all you can ask of yourself. The outcome is not yours to predict...but the ways in which you go about getting there are things you can control.