7 Tips to Land Your Next Role 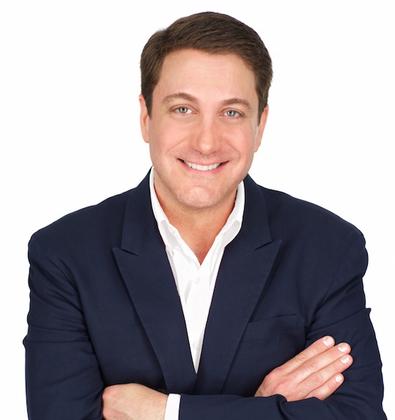 Believe it or not, confidence is the No. 1 characteristic you must display at a live casting call. Nonverbal communication makes up approximately 90 percent of total human communication. The words you utter aren’t nearly as important as what your body language displays at an audition. That’s why I’m sharing with you seven great tips to transmit more confidence and help improve your chances of getting the part you’re after.

1. Mindset. This is probably the most important for getting your future role. I have to tell you, it baffles me how many actors I come in contact with that don’t think their mindset is important. Prior to auditioning, get yourself in the right mindset, think ahead, and prepare yourself for what’s coming at the audition.

Prepare yourself for the best: Mind over matter. If you don’t mind, it won’t matter. Try to think of different types of uncomfortable situations you can end up in, but then come up with a plan to overcome them. You might have to do a cold-read without having any prior time to prepare for it. You might even find that the casting directors are tired, inattentive, or even talking amongst themselves or on their cellphones texting while you’re actually reading.

The best strategy would be to imagine that you’re playing the part of a confident actor. Another good way to get yourself in the right mindset is by dressing and grooming in a way that makes you feel at ease and displays the right image.

2. Smiling. Smiling is one of the first signs of confidence, because it shows you’re feeling at ease with the situation you’re in and the people you’re with. Confident people are relaxed and in control of things—that’s why they smile.

On the flip side, worried people tend to frown more since they’re constantly pondering their next move instead of dealing with the matters at hand in a care-free way. Don’t give off the wrong impression during your audition; remember to smile often.

3. Posture. Stand up straight and don’t slump. The way you stand can reveal so much about you when you’re trying to get that next big role. Casting directors (and people in general) will judge you based on the first few seconds of meeting them, and that first impression drastically influences our future behavior towards them. We’re more inclined to have confidence in people who seem trustworthy. As such, a straight posture shows the person we’re talking to is relaxed, has nothing to worry about, and is in total control. That’s what you want to show at your audition—that you’re a determined person who can get the job done.

4. Gestures. A confident person creates a calm atmosphere around them and is able to impact the way in which a conversation goes. Large, temperate gestures give the impression of confidence you want to highlight at your audition, while fidgety movements have the opposite effect.

The hands are the hardest body part to control here, but you should never keep them in your pockets, even if you’re afraid you’re moving them too much—unless the role you’re auditioning for would do that. It shows a higher level of inhibition, and is never good for an actor who wants to show they have complete command over their behavior. If you’re reading a script, imagine what gestures would go along with the lines and act them out.

5. Walking. A confident actor doesn’t have any concern about not landing their next role. You will even have to show your confidence by the way you walk, since a steady pace and large steps reflect your dominance over the environment. Don’t walk really fast, with small steps and looking too much around you, you’ll give the wrong impression.

6. Eye contact. Keep your gaze steady and look people in the eyes when you’re having a conversation. If you’re rolling your eyes too much or looking around instead of looking at people you’re speaking to, you’ll seem nervous. That’s one of the things you’ll want to avoid at an audition, because nervous actors don’t seem like they’ve mastered their talent. They also don’t seem very prepared, since looking around shows panic.

This is actually a pretty deep-rooted instinct: When a situation scares us, we look around in our environment to find means of escaping it. You want to show you’re reliable, not ready to get out at any moment.

If you’re reading the script, try to lift your eyes from the pages and look at your partner. If you’re performing a monologue, look at the auditors and try to convey all the character’s emotion through your gaze.

7. Pauses. At a personality casting, you may be asked to say a few things about yourself—maybe even why you want the part and why you think you’ll be good for it. You may be asked ridiculous questions like, “Where was your favorite vacation at?” or “What are your hobbies?” In that case, if you’re anxious, you may lose your train of thought.

Don’t start stuttering or covering the pauses in your speech with “erm” or “um.” A confident person knows exactly what to say, and if you want to convey that about yourself, replace awkward pauses by a previously-planned phrase, such as, “You may be wondering why I’ve told you that” or even a funny anecdote about yourself, if you have the time.

In an audition with copy, should you lose track of the lines you’re reading, avoid pausing and turn your silence into an effective acting tool. Maybe that silence can say something more powerful about your character than the actual words. If you’re feeling really confident, you can even improvise a line. It is better to stick to the copy, but it’s better not to break character. And definitely don’t ever stop and say to the casting director, “Sorry, I lost my place. Can I start over?” Just pick up from where you stopped, staying in character (and don’t curse either). You’ll inspire the casting director and ace that audition, because your confidence dictates your behavior, as well as the behavior of people around you.

Ken Lazer
Ken Lazer, CSA is a seasoned veteran in the business and has been working for the past 28-plus years as a widely sought after New York City and Los Angeles casting director. His experience and credentials have made him an invaluable commodity to ad agencies and production companies over the past two decades, successfully casting thousands of commercials, voiceovers, industrials, real people, beauty ads, feature films, TV shows, reality TV, print ads, and infomercials.
END_OF_DOCUMENT_TOKEN_TO_BE_REPLACED