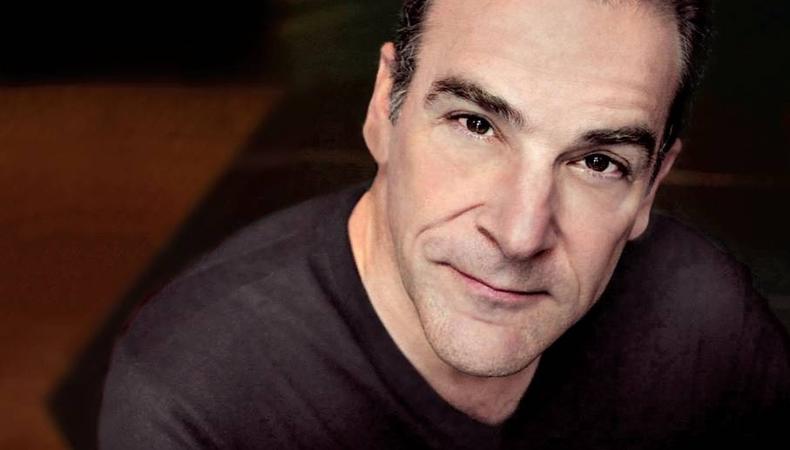 Mandy Patinkin has won a Tony Award, an Emmy Award, and the hearts of millions as Inigo Montoya in “The Princess Bride.” So it’s shocking to learn there’s one thing he’s never been asked to do—a movie musical. “No one has ever spoken to me about doing a movie musical except you,” he says. “I have never been asked to be in a movie musical. Other than ‘Yentl,’ which I didn’t sing in.” It seems impossible that no one would have asked the the first name in musical theater to sing onscreen —so is Patinkin open to it? “If a movie musical came along and the part was right and somebody wanted me to do it, I would do it in a heartbeat,” he says.

In the meantime, he's still finding ways to sing. Fans can catch him in one of his many concerts throughout the year, and Angelenos will have the opportunity to see him perform with the Pasadena POPS Symphony on June 9 at the Ford Ampitheatre. It will be a large-scale production for the artist, who usually performs an unscripted show with only his pianist Paul Ford by his side. But as the actor explains, he’s always up for a new challenge. He offered some advice to Backstage readers on how to maintain a long career.

Try something new.
Patinkin is used to doing concerts with his pianist Paul Ford, but with the Pasadena POPS he’ll be backed by more than 50 musicians - which means some adjustments in his performing style. “I always like to just do whatever I feel like and I have 12 hours of material, but here we have to have a set list,” he says. “It’s also a lot more rehearsal because when you do it with just the piano, you just need to show up.” He can reveal that he will be doing some of his favorite tunes like “Trouble” from “The Music Man" and “It’s Not Easy Being Green." Of course, there will be plenty of Stephen Sondheim, and Patinkin reveals he’ll be doing a piece by Queen for the very first time, which he promises “will be a big surprise.”

Surround yourself with talented friends and teachers.
Patinkin is currently shooting the third season of the Showtime hit “Homeland” in North Carolina. When that finishes filming, he’s due in Australia and New Zealand for a series of concerts with his friend Nathan Gunn, the opera singer. Two days after that tour finishes, he goes into rehearsals with Stusan Stroman for a new off-off-Broadway show with Taylor Mac called "The Last Two People on Earth: An Apocalyptic Vaudeville." And he’s working on another two-person show with his good friend Patti LuPone. “The great fun for me is these collaborators,” says Patinkin. “I'm nothing by myself. Being with these people, whether it’s the ‘Homeland’ cast or stage collaborators, they make you everything you are. They make you come to work. They make you be alive. They make you hear things that you never imagined and they teach me everything I know, and when I leave work I come home, my wife teaches me the rest and when she gets tired, my two sons Isaac and Gideon are my real teachers in life now.”

Embrace your fear.
After all these years on stage and screen, Patinkin confesses that he still suffers from stage fright. “My wife will tell you that if you feel my hands before I walk on for a performance, you could chill a bottle of wine,” he says. “No matter how many times I've done it over—I'm 60 years old, I've been doing it since I was 14, maybe even actually 7 years old from the boys choir at temple. And still, fear is my middle name.” He adds that he actually designs his shows so that he’s allowed to be nervous in the beginning. “Then I pick things I can relax with and let the show flow from there. But I give myself the right to put my foot in my mouth and get nervous in the middle of it," he says. "That’s what keeps it spontaneous and fresh.”

Laugh at yourself.
Despite the intensity of “Homeland,” which will return for its third season on September 29, Patinkin says the cast and crew have a great time making the show. “The more dark and serious the scene, the more hilarious we are in between and even during the takes,” he says. “Although all those end up on the cutting room floor.” And did he happen to catch the recent “Saturday Night Live” sketch where Anne Hathaway played Claire Danes and Bill Hader imitated him? “Oh yes, we all sent it around to each other, we all loved it! It’s a great honor to have ‘Saturday Night Live’ send you up,” he says. And he has nothing but praise for Hader. “My son Gideon said, ‘What do you think of this?’ I said, ‘It’s not funny, it’s accurate!' If I’m ever so lucky that someone does my life story, I’d like him to do it because I think he’d dead-on!”

Learn to keep a secret.
So, can Patinkin reveal everything that’s going to happen on the new season of “Homeland,” which returns to Showtime on September 29? “I would love to tell you,” he says. “But then I'm afraid your life would have to be cut short.”