6 Tips for a Successful Crowdfunding Campaign 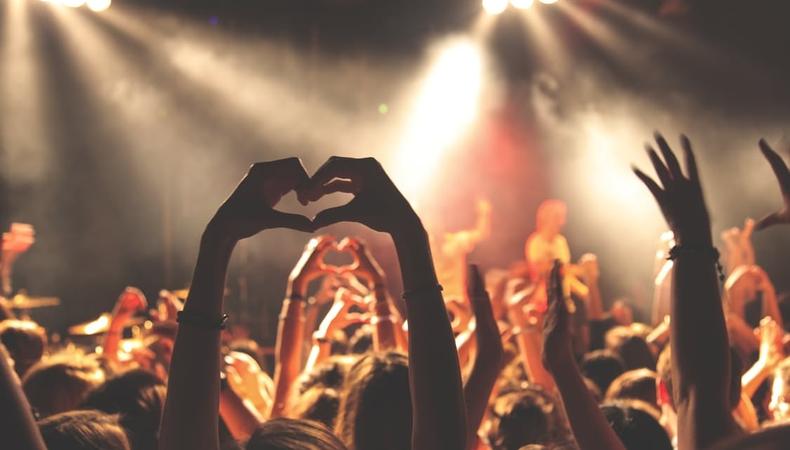 How many times this month have you already been asked to donate to crowdfunding campaigns? One could easily go broke donating to every play, short film, or web-series that friends are starring in! I’m thinking of starting a crowdfunding campaign simply to help replenish my bank account for all of the campaigns I’ve contributed to.

Here’s the thing. Crowdfunding is popular for a reason—it is a great tool for actors who want to create their own projects without dealing with the hassle of investors and sponsors (or begging their families). It’s hands down the easiest and most affordable way to get a project off the ground. Instead of waiting around for auditions, we can self-produce, write dream roles for ourselves, and raise money for projects we are truly passionate about. Instead of asking our long lost Aunt Cathy for $10,000, we can ask all of our friends (real and virtual) to chip in small amounts, and offer signed posters and social media shoutouts in return. Sounds easy, right?

But a lot of us are suffering from “crowdfunding fatigue,” and frankly can’t afford to support every project out there. As a creator, you now you have to go above and beyond to create a successful crowdfunding campaign, one that really grabs the audience and stands out from the crowd.

A few months ago, I raised $17,000 on Indiegogo for a campaign I did for my short horror film “Hide/Seek”, which I directed and is now on the festival circuit. Our original goal was $10,000, and we were able to raise 178% of our goal, which is considered very successful. Currently I’m in the middle of my second campaign for a new webseries I’m directing called “Pretty People, Inc,” using the same platform. I’ve learned a lot about this process, have done a lot of research, and I’m here to pass along some tips to you.

1. Choose the right platform for your project.
Huge platforms like Indiegogo and Kickstarter are used for everything from films to physical product launches, while other, smaller sites like Seed and Spark are more specifically targeted to funding films. They all take a percentage of your total amount raised. Do your research. Some offer flexible funding (where you keep the money raised no matter how much), and some offer fixed funding (where you only keep the money if you reach your goal).

2. Decide on a budget.
You have to be realistic here. If you ask for too much, people will think you are crazy. What is realistic? It’s always good to get a line producer to give you an idea of what your project will cost before you decide on a campaign budget. Are you doing a test pilot for a web-series, or a full-scale feature film? In your campaign, explain to your audience exactly where that money is going, be honest, and break it down into line items. With these campaigns, trust is everything, and you need to let your audience know you have done your research. Don’t forget to add in post-production costs, like sound mixing, editing, and festival submissions!

3. Know your audience.
Who are you marketing this to? Friends? Horror fans? Is your audience niche or are you reaching out to a more diverse group? When you start to market your campaign on social media, you want to be specific and offer perks that cater to that audience. To encourage engagement, I kept a blog where I posted behind the scenes photos and wrote articles on the casting process, production, as well as post production.

READ: “How to Get Cast in a Horror Film”

4. Offer special perks.
When you ask your audience for money, you get to offer great perks in return. These can range from “special thanks” at the end of the film, to a downloadable link to the finished project, to dinner with the creative team, or even an associate producer credit for the top donators (usually reserved for people who donate $1000 or more). These perks get your audience excited, and more invested in the project.

When I created the campaign for my short horror film “Hide/Seek,” I catered to horror fans, as well as my acting students at MN Acting Studio. In return for their investment, I was able to offer perks that would be enticing to this group such as private acting coaching and business consultations.

Knowing who your audience is and offering perks that relate to them is crucial. Keep it personal, and connect! And once the film is over, be certain to deliver on your perks! If you don’t, they will never donate to your projects ever again.

5. Make a great video.
The campaign video is everything. The quality of the video is directly related to the production value of the project. If you spend the time and energy to make an exciting, high quality video describing your project, why you are passionate about it, and who is involved, your audience will be more likely to donate. I’ve seen too many people do this wrong, and not spend enough time on this.

6. Keep the momentum.
If you create a 30-day campaign to raise funds, chances are the initial excitement of donating will wear off after a few days. This is where you want to get savvy, and continue to post about it on social media in interesting ways, so that you can sustain interest as you get closer to your end date. Keep your audience excited, remind them how much you have left to raise, how many days, and offer them exciting tidbits into the pre-production process.

Good luck! I look forward to donating to your project.

Matt is currently in the middle of his second successful crowdfunding campaign for his new webseries “Pretty People, Inc.” Matt is also an acting coach and owner of MN Acting Studio, as well as the on set coach for Blue Bloods, Masters of None, and Orange is the New Black.

Want to star in a new short film? Check out our film audition listings!

Matt Newton
Matt Newton is one of the most sought-after on-camera acting coaches in New York City. His clients include Tony winners, Emmy award winners, Golden Globe nominees, and well-known actors from film and TV.
END_OF_DOCUMENT_TOKEN_TO_BE_REPLACED