Inside the Web Series, “Storytellers” 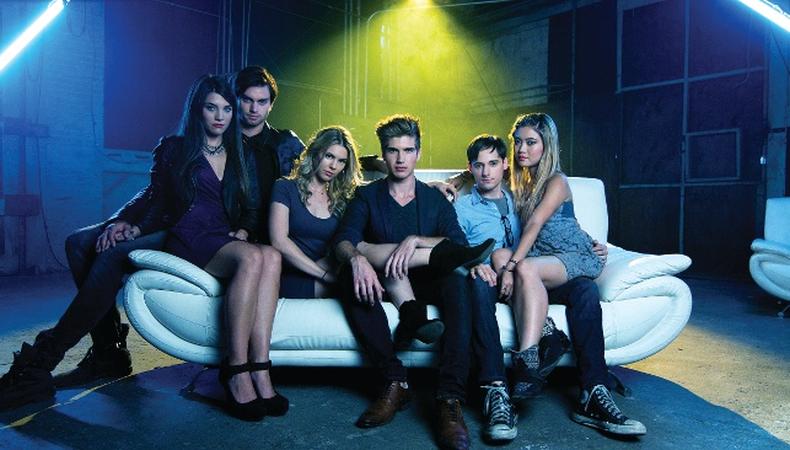 Chronicling different scary stories—from classic haunted house–type tales to sci-fi, alien kidnappings, and possessed dolls—Nickelodeon’s “Are You Afraid of the Dark?” began with a group of kids known as the Midnight Society gathering around a fire to tell their respective tales.

In the first minutes of the Web series “Storytellers,” you clearly see the influence from the kids’ show that sparked an idea for creator-actor-writer Joey Graceffa. “I loved ‘Are You Afraid of the Dark?’ and I thought it would be cool to do a scripted series like that,” says the “Storytellers” star who has garnered nearly 4 million subscribers on YouTube. “I brought the idea to Whitney [Milam, the series writer and co-creator] and we just grew this world together.”

“Storytellers” follows Hunter Crowley, a guy with telekinetic powers, and his friends as they come face-to-face with supernatural forces both inside and outside their imaginations. It’s when the campfire stories extend beyond their circle, entering their realities, that things take a turn for the surreal. The series incorporates impressive special effects, solid acting (Graceffa recently won the Streamy Award in the best dramatic actor category), and even weaves Japanese mythology into its storyline, casting actors who can speak the language.

To make the first season, the series was crowdfunded on Kickstarter and Indiegogo, raising over $170,000 with the two campaigns combined. The budget, large for most in the Web series world but small for television, allowed Milam and Graceffa to hire casting directors Lisa Essary and Alex Christopoulos, who landed actors such as Jake Thomas, recognizable as the annoying little brother from the Disney Channel’s “Lizzie McGuire,” Jessica Lu from MTV’s “Awkward,” and Andrew James Allen, who played a supporting role in “The Lovely Bones.”

“We got really lucky with our cast,” says Milam. “We have a lot of new faces and up-and-comers who are now being seen a lot more in projects, along with some established actors who really lent an interesting interpretation and vibe to these characters.”

Their production team was put together with the help of director Michael Gallagher, although Milam and Graceffa had final say on all creative decisions, from locations (audiences will see a few creepy, abandoned mansions through the series) all the way through postproduction. The two are currently working on a new action–sci-fi short film called “Ethereal,” as well as the second season of “Storytellers.”

When it comes to making your own content, Milam’s advice is to “surround yourself with people who have a good creative and collaborative vision” while staying abreast of the ebb and flow of the industry tides. “Read and watch as many other people’s stories as you can,” she says. “Know the medium and genre; know what other people have done and what you respond to and how to translate that into something fresh and unique of your own.”

Briana Rodriguez
Briana is the Editor-in-Chief at Backstage. She oversees editorial operations and covers all things film and television. She's interested in stories about the creative process as experienced by women, people of color, and other marginalized communities. You can find her on Twitter @brirodriguez and on Instagram @thebrianarodriguez
END_OF_DOCUMENT_TOKEN_TO_BE_REPLACED