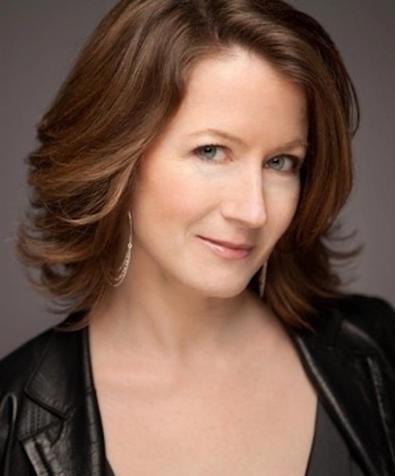 My office has subjected our neighbors to a fair amount of screaming, sobbing, and agonizing deaths, after casting for supernatural projects such as “Twilight” and NBC’s “Grimm” (76 episodes and counting), thrillers such as “Untraceable” and “Gone,” and horror films such as the upcoming “Cabin Fever: Reboot.” But fear not: We’ve learned what it takes to excel at these types of genre auditions along the way. Enter if you dare….

1. Commit. It’s always important to immerse yourself in the world of the story, and even more critical in genre films and television. The situations and characters may be so outlandish, that it’s essential to truly invest and believe in them in order for the audience to come along for the ride. No matter how over the top the script is, dig deep to find your character’s underlying objectives, hopes, fears, strengths, and weaknesses, so that your performance remains rooted in authenticity. And educate yourself as well: When casting for “Grimm,” we can always tell whether or not actors have seen the show by the way they morph into Wesen (the show’s monsters)…or fail to.

2. Discover. Thriller, horror, and supernatural narratives rely heavily on surprise and suspense, so avoid playing the end of the scene at the beginning, or telegraphing what’s going to happen next. Allow your character (and hence, the audience) to discover as they go along. Is your character the red herring? Don’t give it away by acting suspiciously. Does your character expect a knife-wielding maniac to attack her as she gets into her car? Unless it says so in the script, allow your character to be taken by surprise.

3. Don’t play the obstacle; overcome the obstacle. Novices often try to play emotions and obstacles rather than intentions. But when actors focus on conveying adjectives (happy, sad, angry) instead of verbs (charm, attack, diffuse), their performances suffer and become artificial. No audience can get behind an actor who is mugging, especially not in the exaggerated situations of genre stories, so spend less time thinking about showing, and more on what your character is trying to do under the circumstances. The emotions will take care of themselves. Don’t play fear. Hide or control the fear. If your character limps, don’t play the limp, overcome the limp. Drunks don’t try to act drunk, they try to conceal it, manage it, pursue their goals despite it.

4. Know your archetypes. Villains require strong justifications and backstory for their actions (their need for revenge, attention, power), and likable or intriguing characteristics (charm, humor, intellect) to accomplish them. Note that calm, understated villains can be more frightening than loud, threatening ones (recall Javier Bardem’s chilling character in “No Country for Old Men.”

When playing the hero, identify weaknesses you need to overcome in order to grow into the you who can save the day. Pursue objectives with heightened resolve when faced with the unusual and overwhelming obstacles found in genre stories. Root your performance in reality to differentiate yourself from the crazy characters that surround you.

Are you the victim? Witnesses and innocent victims are usually anchored in realism, whereas victims of stupidity or hubris may present an opportunity to have fun with the character. In either case, don’t be afraid to go for it when your character is supposed to shriek in terror or die a painful death, but do pay attention if the CD is shouting, “Cut, CUT, CUT!!!” We gather pretty quickly that you can scream; we don’t need our neighbors calling the cops.

Authority figures (detectives, doctors, experts) tend to demand down-to-earth, truthful performances, but identify whether the circumstances that confront them are run-of-the-mill or unusual. Supernatural phenomena may be completely normal in some stories. Weird creature names and terminology should roll off your tongue if your character is used to saying them. Research proper pronunciations (or ask!) before memorizing lines. It’s a dead giveaway to producers that you’ve never seen their show when you can’t pronounce terms common in their scripts.

Playing a character role? The nosy neighbor, the disheveled hermit, the alien being, the creepy voyeur: These are the kinds of parts that you can really experiment with in genre film and TV. Since you may only get one take in the audition, though, preface by saying, “I’m going to try something fun here, but I can always rein it in, if it’s too over the top.” (This is preferable to asking for a second take.) Be prepared with a very straightforward, understated reading, in case they ask.

5. Use your fear. Auditions are nerve-wracking, so channel that energy into your character. It’s easy to convey fear when you’re already feeling it. Not to mention that a good blood-curdling scream releases tension and helps vent frustration. Relish it!

Lana Veenker
Casting director Lana Veenker began her career in London and, upon returning to her Northwest roots, founded one of the top location casting companies in the country, Cast Iron Studios. Veenker is also a member of the Casting Society of America and the International Casting Directors Network
END_OF_DOCUMENT_TOKEN_TO_BE_REPLACED