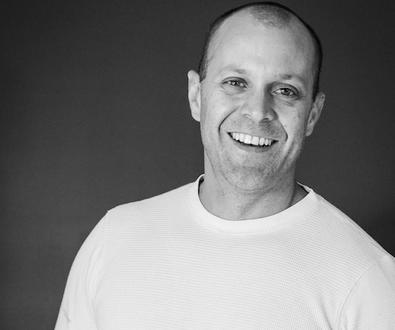 Getting involved and saying yes to readings is one thing you can do right now to help boost your acting career. This is not new wisdom, but something that had taken me some time to fully understand and take to heart—despite hearing it a long time ago from my good friend and mentor Brian O’Neil.

Going to readings and saying yes to a reading, no matter how small, gets you working. However, more importantly, it helps introduce your craft to other artists who might want to use you for one of their projects or a friend’s project. As the old saying goes “Work begets work!” This is really how you start building your résumé, your networks, and your career.

If you are ever find yourself thinking that a reading at someone’s apartment or a small theater in New Jersey is a waste of time, think again. It is not! In our business, there is absolutely nothing that is a waste of time; you never know what will open what door for you.

For my own career, I got involved with a small theater group many years ago by going to its readings. I then wrote to the director and let him know that if I could ever take part in one of the readings, I would love to be considered. He said yes and pulled me into a small reading at the his apartment. I took the opportunity seriously and worked hard on the role. The next invitation was to another project by the director—but this time it was at Cherry Lane Theatre. From this project, I have been invited onto other projects many times by actors and directors in the Company. One of the producers in the company referred me to a writer who had a project that was being produced at Playwrights Horizon and asked if I would take a small part in the project. And if I had the time and space, I’d share countless other opportunities that have boosted my career by going and saying yes to readings.

Here are two tips to help you get involved in readings and boost your career.

1. Write to the directors you have worked with or would like to work with. Make sure you send a sincere email saying that you would love to take part and help them with any small role in one of their upcoming readings. Why do you want to say small? I believe that this implies that you don’t want to be the star of their project, but simply that you want to work as an actor and to help them. You are showing them that you understand your place in the pecking order. Believe me, you will get offered leads later.

2. If you are in a small market or just starting out, set up your own readings and invite actors and directors to them. I can guarantee you that another project will come from this event and it will help to grow your career.

Remember, this is what luck is—being ready and putting yourself out there so that when opportunity comes knocking, you are the lucky one.

Douglas Taurel
Onscreen Taurel has appeared in numerous TV shows including “The Affair,” “Mr.Robot,” and “The Americans” to name a few. He’s performed his play “The American Soldier” at the Kennedy Center, Library of Congress, and Off-Broadway twice. He was commissioned by the Library of Congress to write and perform his second solo show, “Journey Home.” He’s recently finished producing his film project “Landing Home.” Follow him on Instagram: https://www.instagram.com/douglastaurel/
END_OF_DOCUMENT_TOKEN_TO_BE_REPLACED